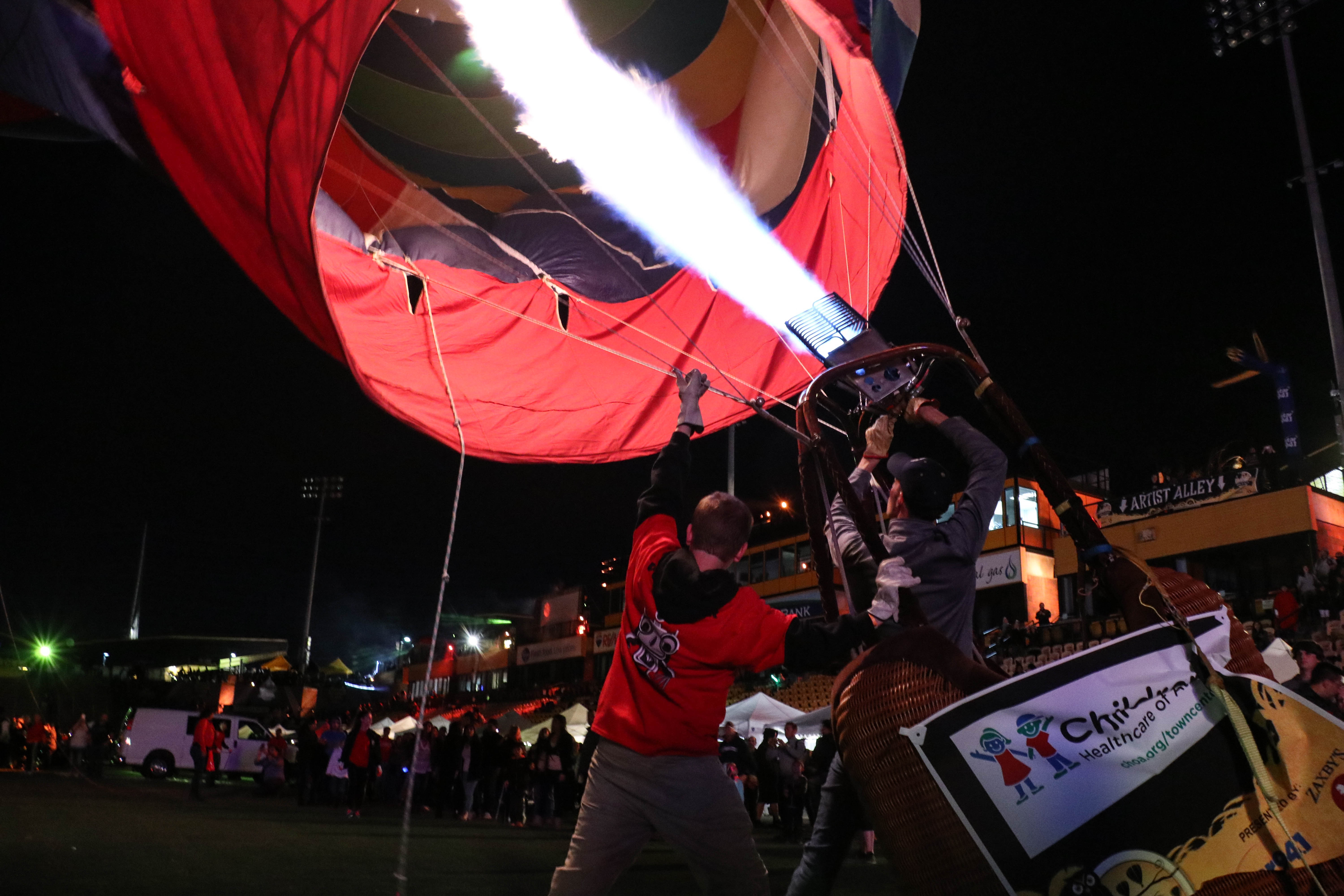 "Of course, the primary draw is the fleet of hot air balloons, many of which are conducted by former national and world champion balloon pilots." Photo credit: Victoria Johnson

Every year, The Sentinel asks hundreds of students from both campuses about their favorite places to eat, drink and hang out. The Sentinel’s “Best of KSU” issue encompasses students’ favorite aspects of KSU and the surrounding community. In 2017, Owl-o-Ween was voted Best KSU Event by students on both campuses.

If you drive down Busbee Parkway on a cool, October weekend, you might catch a glimpse of a scene you can’t see anywhere else: hot air balloons glowing against the night sky as they rise over Fifth Third Bank Stadium.

throngs of costumed people, live music drifting over the park.

If you do, be sure to stop by and join in what has been voted Kennesaw State University’s Best Event: Owl-o-Ween.

Each year, tens of thousands of people from all over the Southeast flood the stadium for a whimsical night of fall-themed fun. Hosted by Cobb Travel & Tourism, the two-day event is Atlanta’s only hot air balloon festival and largest costume party. As patrons wander through the park’s 88 acres of attractions, they can watch roving entertainers and novelty performers in awe, listen to live music played on multiple stages, browse a wide array of vendors from all around the community, find original art by local talent, and compete in the festival’s costume showdown.

Of course, the primary draw is the fleet of hot air balloons, many of which are conducted by former national and world champion balloon pilots. In addition to offering tethered rides to patrons, the balloons also serve as trick-or-treat stations for children. After the sun sets, the balloons light up the night sky, a beautiful display of colors and designs.

Perhaps the most impressive and underrated feature of Owl-o-Ween is the fact that the event — which attracted more than 37,000 people last year — is largely student-run. Night Owl Productions, a student-staffed company responsible for planning many of KSU’s largest events, takes a leading role in the planning, marketing and box office staffing of Owl-o-Ween each October.

Now in its fifth year, the 2017 festival is expected to draw even bigger crowds — 50,000 people, according to the event’s website. So mark your calendars for Oct. 27-28 and be sure not to miss this iconic festival.

Aug 1st, 201768
Every year, The Sentinel asks hundreds of students from both campuses about their favorite places to eat,...