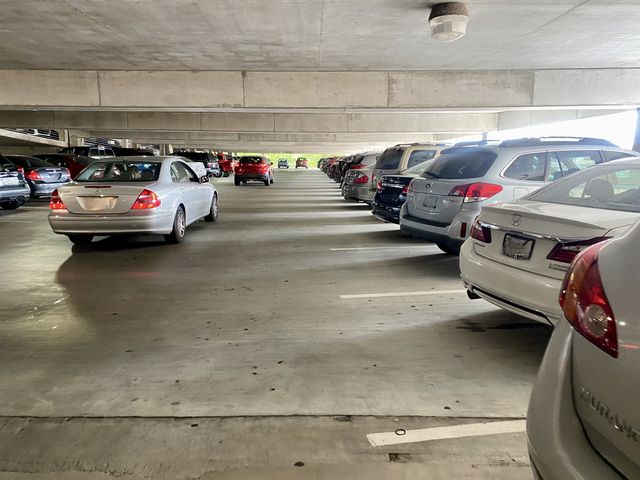 Mariam Janad contributed to this article.

A student-made petition has become a voice for on-campus students to express their discontent with the lack of parking availability this semester.

Entitled, ‘Petition Kennesaw State University To Take Immediate Action To Resolve Parking Issues‘, the petition demands that the school, “review the current parking model and explore new options for parking within a reasonable distance of campus at an affordable price for students,” according to the petition’s description. As of Sept. 12, the petition has reached 1,388 signatures.

The petition’s creator, John Brogan, was frustrated with his struggle to find parking on the Kennesaw Campus and decided to take action. He said that his frustration came from a lack of communication between the school and the student body. Brogan said that he believes the factors that have led to this situation are an increasing student population as well as a lack of planning on accommodating this growth on behalf of the institution.

“The main goal of my petition, at least at the absolute bare minimum, would be an open conversation between the student body and the administration,” Brogan said.

Director of Parking and Transportation Tyrone Smiley provided some insight from KSU administration about the ongoing problem.

“While there aren’t currently plans to construct new on-campus parking, we do have additional shuttle parking options to accommodate continued growth,” Smiley said. He added that KSU actively uses data to look into possibly expanding existing parking areas, but no action has been taken thus far.

Smiley also said that an issue the university faces is overissuing permits for a select deck or lot and students parking in spaces that their permit does not cover. KSU sends frequent communications through students’ email to address the latter and has enforced the consequences for non-permitted parking early on this semester, according to Smiley.

There are currently 21,242 active student parking permits across both campuses, a slight decrease from the 21,676 issued during the fall 2021 semester, according to Smiley. There are 14,500 available parking spaces that these permits account for. Overflow parking is directed to Shuttle lots and is also available to students through the Big Owl Bus service.

KSU does acknowledge its commuter-heavy population on the “About KSU“ page, stating that close to 12% of the student body currently lives on campus. This makes 88% off-campus commuter students, as supported in a USNews article. 16% of all permits issued this semester were for residential parking, according to Parking and Transportation.

When speaking about expectations for communication from the school on possible solutions, Brogan said that KSU supplies a service and is expected to communicate with their ‘customers’, the student body.

“If you are purchasing something from someone or a service from someone, you expect to have an open channel of communications with you,” Brogan said. “If we can’t park if we don’t have good Wi-Fi, we don’t have a place to live, etcetera etcetera, then KSU is in a sense failing its clients to provide the infrastructure necessary to guarantee them a good education.”

When asked what conveniences a solution for parking may give him, Brogan said he didn’t expect to personally reap any benefits.

“I graduate in the summer of ’23, I probably won’t see the benefits of this petition, if any,” Brogan said. “The way I see it, if I can leave KSU in a better state than it was when I got here, I’d call that a victory.”

He said he didn’t expect his petition to receive as much attention as it did and was shocked to see it reaching 1000 signatures in 4 days. He added that overall feedback, from both faculty and students, has been positive.