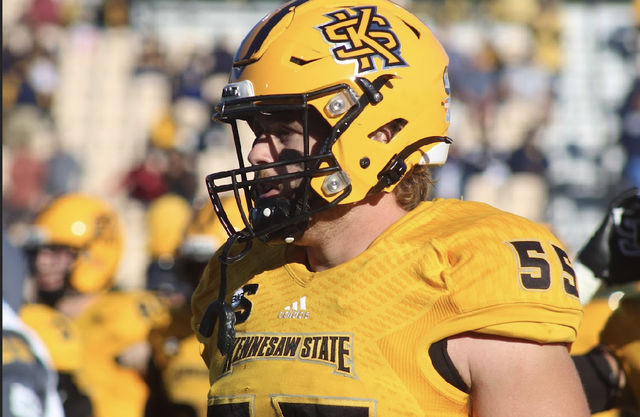 Coach Brian Bohannon has led Kennesaw State Football to a 63-18 record since he began building the program from the ground up in 2013.

Anticipation for this upcoming season is high among Owls fans, and for good reason. Last season, KSU reached the second round of the FCS playoffs, before ultimately falling short in a one-point loss to East Tennesee State. The Owls come into the 2022 preseason hungry for more, being ranked number six in the coaches poll, with room to grow.

Both Bohannon and quarterback Xavier Shepherd feel that the return of running back Isaac Foster for his final season will be a major boon for a deep group of RB/outside slot receivers. Foster has dealt with injuries off and on but is a force to be reckoned with when on the field.

Looking ahead to the schedule, the season will kick off on Thursday, Sept. 1 on the road at Samford.

“We’re pretty banged up right now on the offensive line,” Coach Bohannon said, “but are working to get healthier before week one, and get some young guys up to speed.”

Week two brings a high-profile matchup versus Cincinnati Bearcats who finished with a College Football Playoff berth before losing to Alabama.

“We are mostly focused on Samford and our own development, but obviously when the time gets closer, those guys will be excited,” Bohannon said, “we go into every week with the attitude to win.”

“It’s our chance to show what we’ve got in a major challenge,” Shepherd said “But if we play our game we feel we can compete with anyone.”

Shepherd, going into his junior year, feels he will continue to improve this season by growing more on the mental side of the game.

Note: All KSU games can be found streaming on ESPN+.

For ticket purchases, go here and be sure to follow the official social media channels Twitter @kennesawstatefb and @ksu_sentinel on Instagram for all news on the upcoming season!