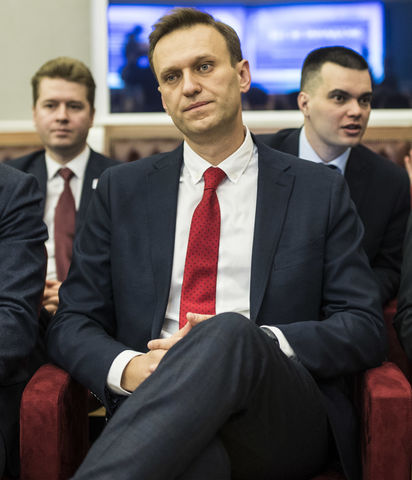 The preliminary investigation follows the Kremlin’s dismissal of German doctors’ findings that Navalny had been poisoned, according toAljazeera. Kremlin spokesperson Dmitry Peskov claimed the investigation was routine and that there was no basis for an investigation.

The purpose of the preliminary investigation is to establish the circumstances surrounding the illness of Navalny and determine whether there is a basis for a criminal probe, police said according to Aljazeera.

On Thursday, August 20, Navalny fell ill on a flight from Tomsk, Russia, to Moscow, according to Aljazeera. He was then airlifted to a hospital in Berlin, Germany, at the request of his family who did not trust Russian doctors.

Medics have performed tests that found indicators of poisoning by a cholinesterase inhibitor, more commonly known as nerve agents, according to Bellingcat. Navalny’s doctors have also sought information regarding the Bulgarian case of Emilian Gebrev in 2015.

Navalny, an anti-corruption lawyer and Russian opposition activist, has been the face of domestic opposition to Russian President Vladimir Putin, according to Axiom. He has previously been targeted by Russian authorities in raids and jailed multiple times.

Navalny has also been poisoned before, which led to his hospitalization in July of 2019, according to the Associated Press.

No results have been stated publicly concerning the preliminary investigation into the incident, as of Sunday, August 30.

On Friday, August 28, Navalny’s chief aide, Leonid Volkov, stated that he believes the recent poisoning of Navalny was meant to kill him, rather than scare him away, according to CNN.

Volkov points to two possible factors that could connect the suspected poisoning to the Kremlin, according to CNN. Navalny’s support of the protests in neighboring Belarus, as well as Navalny’s national organization being responsible for successful campaigning against pro-Putin candidates in Moscow’s general assembly elections, could be responsible for the timing of the incident, Volkov said.

As of Friday, August 28, Navalny’s condition was severe, and he is being mechanically ventilated while in a medically induced coma, according to SkyNews.