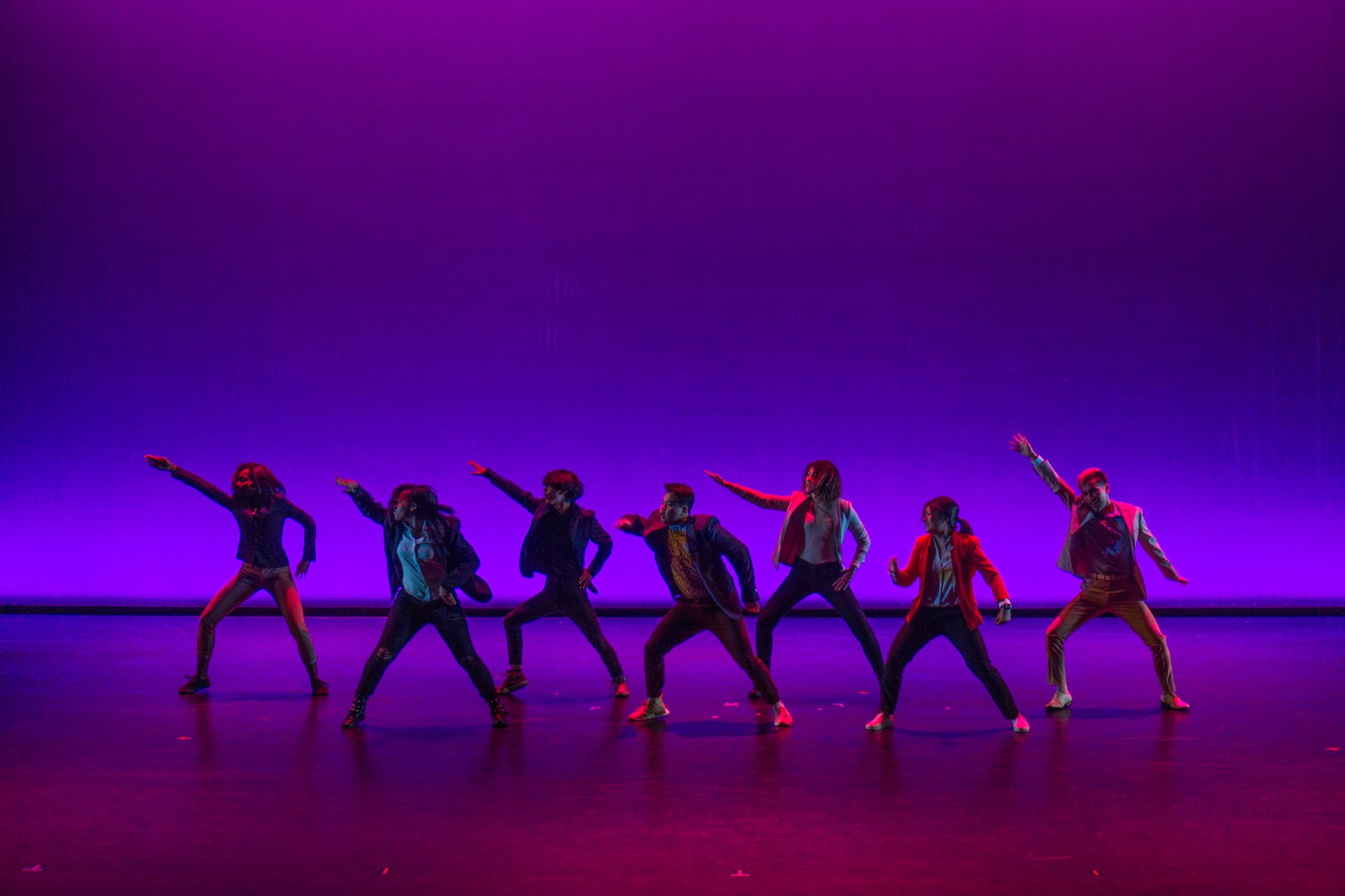 Two FSA members kicked off the show by singing the American and Filipino national anthems. The scene then changed to a Filipino family arguing over what to watch on television. Each show was performed on stage.

The first scene was a reenactment of Filipino boxer Manny Pacquiao defeating his opponent and his victory speech with a comical, exaggerated Filipino accent.

“Even though I don’t go to KSU, as a Filipino I am here to support my fellow Filipino students and help out in their first-ever Filipino culture show,” Cantiling said. “It’s kind of like a home away from home, you know?”

The next show was a love story, where two characters rekindled their long lost love after dancing the Kuratsa together. The Kuratsa is a group dance where pairs mimic the other’s movements and move through a circle to find each other before the dance ends.

FSA member Lena Curtis then sang a mashup of two Filipino songs before a short intermission. This break gave time for students to reflect on what they had seen so far.

Junior exercise science major Fernando Gonzalez said he attended the show because his girlfriend of three years is Filipina.

“I was interested to learn more about her culture, and this showcase was a fun way to experience it,” Gonzalez said. “The dance with sticks was cool because it seemed difficult.”

The following act began by paying homage to recently deceased NBA basketball star Kobe Bryant and showed a video of him visiting the Philippines. In the video, Bryant performed the Tinikling, a Filipino dance where participants hop and step through bamboo poles as they are opened and closed to the rhythm of the music.

To emphasize the cultural impact of the Tinikling, students performed the dance in outfits complemented by bright red fabric. FSA members also performed a dance where they spun around and knelt balancing three tea-lights — one on top of the head, and one in each hand.

The final show was a reenactment of a former Miss Philippines winning Miss Universe, with the students performing the Tinikling from the talent portion of the pageant.

shared his thoughts on the importance of the showcase to KSU’s minority community.

“I think [this showcase is] very important because the Asian demographic of Kennesaw is very low — I think it’s about five percent,” FSA member and senior graphic communications major Edward Valdez said. “It shows diversity and allows minorities to show their culture to everyone who doesn’t know much about us.”

For information on upcoming FSA events, visit its OwlLife website.