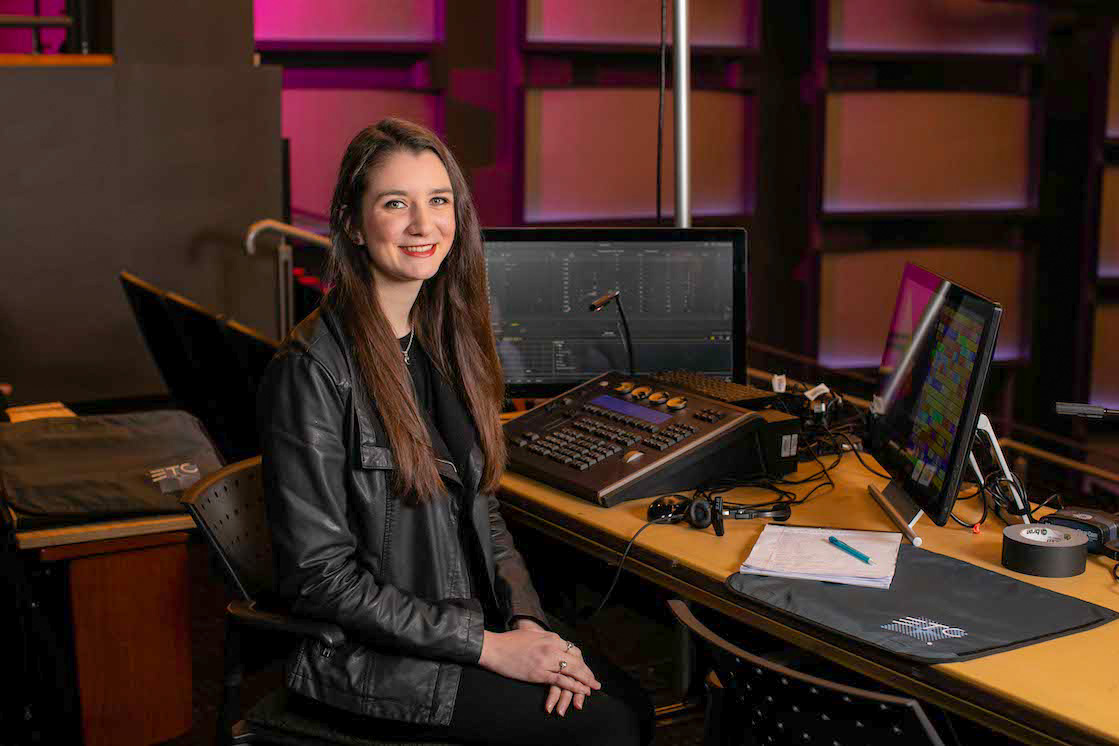 KSU alumnus Angelina Pellini graduated with a bachelor of arts in dance, and a concentration in ballet. Photo credit: Photo Courtesy of Jason Getz

Kennesaw State dance alumna Angela Pellini found her dream job behind the scenes as a freelancing stage producer since her graduation in 2017.

Pellini was invited in December 2019 to stage-manage “The Nutcracker” for Atlanta Ballet, one of the most lucrative annual productions in the nation, according to KSU News.

Initially, Pellini joined KSU as a double major in business and dance. While in high school, Pellini worked with KSU’s annual College of the Arts Summer Dance Intensive program. She noticed that continuing with her current degree path was dividing her interests and time, so she took a leap and focused on dance.

“I realized at some point that I couldn’t see myself working a 9-to-5 in that business field and that profession,” Pellini said. “I decided to drop my business major. I graduated early and also started working in stage management a little earlier than a lot of people do, which is part of the reason I’m so successful in it.”

In 2017, Pellini graduated from KSU with a bachelor of arts in dance and a concentration in ballet. During her senior year, she participated in her first production and received valuable hands-on experience.

“I tried to get a well-rounded, multi-faceted education while I was at KSU,” Pellini said. “It gave me the foundational knowledge for producing dance.”

She stated that her passion for dance was innate, and that led to her choosing dance as a major.

“I was always interested in dance,” Pellini said. “My parents put me in dance classes when I was two years old. I played the piano and was in a chorus program for a while, but dance was what stuck.”

After she learned all she could at KSU, Pellini continued to expand her talents. She combined her skills in dance, theatre and business and applied them to her work.

“Stage managing was exactly what I wanted to do, and I’m also really good at it,” Pellini said. “I was never really a person who enjoyed performing. I may never throw a perfect show, but I feel a lot closer to perfect when I’m stage managing.”

Having experience on and off the stage made her a good fit for her unique role.

“I’m the liaison between the tech crew and the dancers,” Pellini said. “I’ve had experience doing both, so it allows me to get along more with the companies I work with.”

A challenging part of being a freelancing stage manager is balancing the hectic schedules while also having time for a personal life, Pellini said. She said she works for the Atlanta Ballet, Atlanta Lyric Theater, Full Radius Dance as well as Terminus Modern Ballet Theatre.

“Because I work for so many different places, shows might overlap,” Pellini said. “It’s hard to say what a typical day looks like, I’m visiting multiple places a day. It’s hard to get vacations because schedules are set and I’m always busy whether its technical week or watching auditions.”

Having made it to a managerial role in a major production, Pellini’s success shows that hard work and dedication pays off.