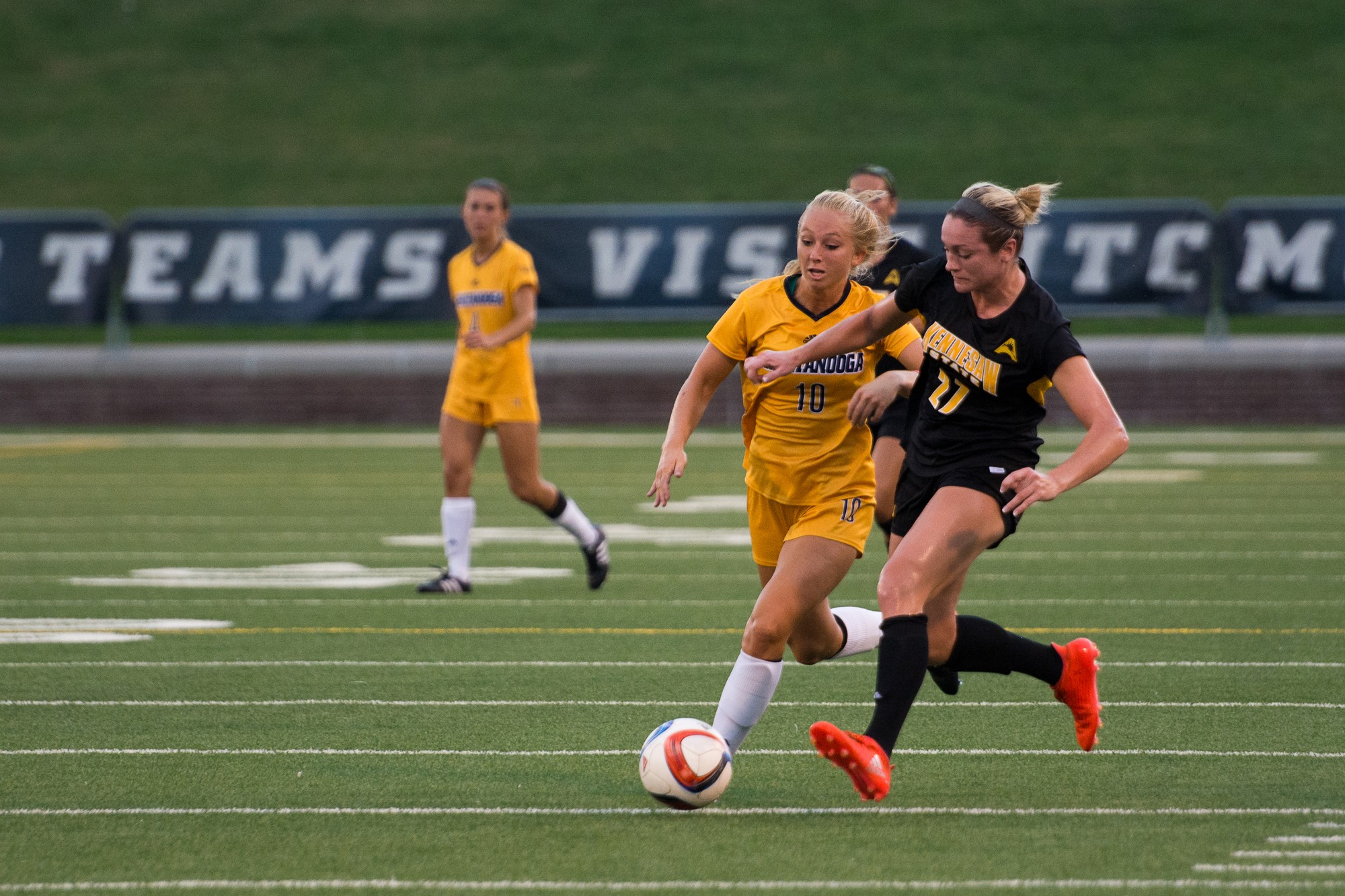 "One year later, the redshirt senior was named to the 2016 Second Team ASUN All-Conference, scoring four goals and adding four assists after starting all 19 games for the Owls." Photo credit: Katie Hannan

Every year, The Sentinel asks hundreds of students from both campuses about their favorite places to eat, drink and hang out. The Sentinel’s “Best of KSU” issue encompasses students’ favorite aspects of KSU and the surrounding community. In 2017, Brittney Reed was voted Best Female Athlete by the Marietta campus students.

After leaving Cobb County and moving to Florida for her senior year of high school, Brittney Reed came back to Kennesaw and helped the Owls earn their first winning season since 2012.

In 2015, Reed got off to a quick start as she scored seven goals and added one assist in the first three games, but a knee injury brought an early end to her season.

“My teammates and coaches have been very supportive, especially when I tore my ACL,” Reed said.

One year later, the redshirt senior was named to the 2016 Second Team ASUN All-Conference, scoring four goals and adding four assists after starting all 19 games for the Owls.

Reed scored KSU’s third goal of the Atlantic Sun first-round match-up against Jacksonville and helped the Owls advance to the conference semifinal for the third time in four years.

Enjoying success on the soccer field has not been a new experience for Reed, though. She led Harrison High School to the Class AAAAA state championship in 2011 and a second-place finish the year before. She was also named the 2011-12 IMG Soccer Academy Player of the Year.

After transferring to Kennesaw State from the University of Florida, Reed was named to the 2013 All-ASUN Conference Second Team and All-ASUN Conference Freshmen Team after scoring one goal and adding three assists. Reed was all over the field as she played in every position except for goalie. She helped the defense rank second in the conference that year with seven shutouts.

“KSU has been great, especially the community,” Reed said. “Being here has developed me into more than an athlete. It helped me grow as a person.”

In her second year with the Owls, Reed was named to the 2014 All-ASUN Conference First-Team after helping KSU reach the ASUN Conference Championship match for the first time since 2009. She started all 19 games, played 1,692 minutes, scored two goals and added two assists.

As her career with Kennesaw State comes to an end, we reflect on Reed’s total of 59 games and 14 goals, including three game-winners and 10 assists.

As a member Student-Athlete Advisory Committee, Reed hopes to get into the business side of college athletics — like her role model, KSU Athletic Director Vaughn Williams.

“Vaughn has always been an inspiration to me,” Reed said. “I’ve learned a lot from him.”

Aug 1st, 201768
Every year, The Sentinel asks hundreds of students from both campuses about their favorite places to eat,...