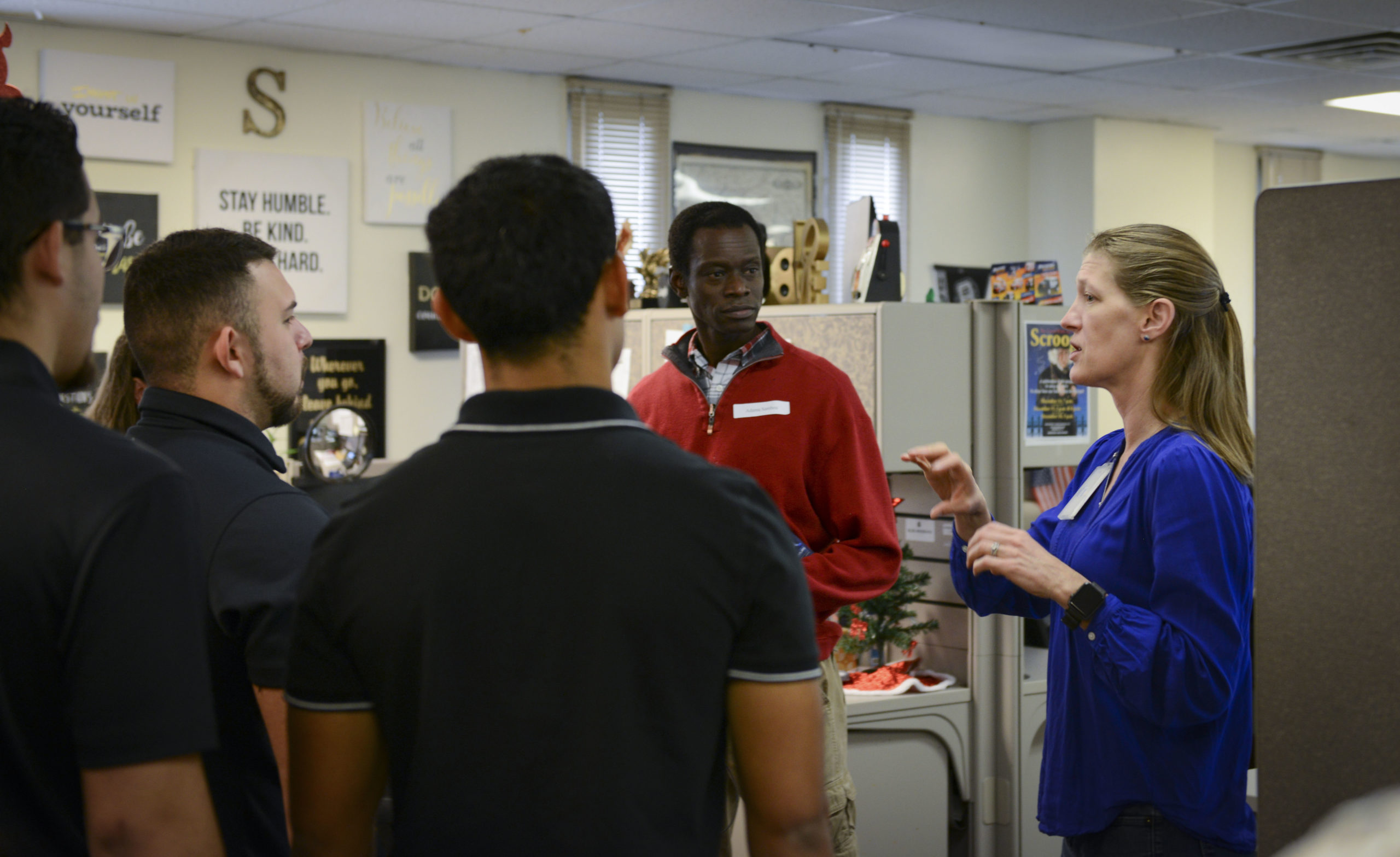 If students take time to learn about politics, they will be more equipped to discuss candidates in a social setting. Photo credit: Photo Courtesy Sgt. Sahara L. Fales

American politics have become increasingly polarized in recent years. Those who are politically informed tend to be very opinionated, and can even completely reject opinions from the opposite side. This rejection and division are preventable, however. By fostering civil political discussions and sharing personal political opinions, students are able to educate each other and find common ground on issues that may generally seem polarized.

Since Donald Trump’s election in 2016, politics have become increasingly divided in America both between political parties and even among members of the same political parties. Supporters of presidential candidates — including many college-aged students — have taken to social media for arguments, diminishing and criticizing other candidates. While this does make politics accessible for students, these online arguments can also cause division.

Most of those involved in these conflicts likely agree on more issues than they disagree on, but without fostering political discussions — and instead arguing with each other — there is no way for these voters to find common ground. If students instead chose to discuss politics, there would be much less polarization and political supporters could find understanding and agreement among themselves.

“I think the major division in our country is a problem,” sophomore environmental science major Rosie Shahar said. “I feel like we should keep an open mind, because you can really learn from people who have opposing opinions.”

Elections are meant to showcase politicians’ positions on certain issues, which can include healthcare, immigration, international affairs and many others. While there are valuable sites like Politico that provide voters with information about different candidates’ positions on these issues, many members of the electorate remain uneducated about politics.

If students would instead elect to advocate for their candidates of choice and have more political discussions, other students would have the opportunity to be educated in a social setting. Many students may not take the time to educate themselves about politics without these interactions with their peers.

“I didn’t pay attention [to politics] until my friends started talking about it,” junior economics major Patrick Singleton said. “Now I always stay up to date on current events. I wasn’t even registered to vote before this year.”

Learning about a peer’s politician of choice could also inspire students to do research on their own, and find the candidate that best represents their own personal beliefs. If students were to initiate more diplomatic political discussions with their peers, their peers could become more politically active and choose to participate in their civic duties.

Politics impact everyone, and there will never be a perfect consensus on any political decision. If students would choose to discuss these topics with their peers, the political atmosphere in the U.S. would become less polarized and the American people on the whole would have the opportunity to be more educated. It all begins with initiating a discussion.