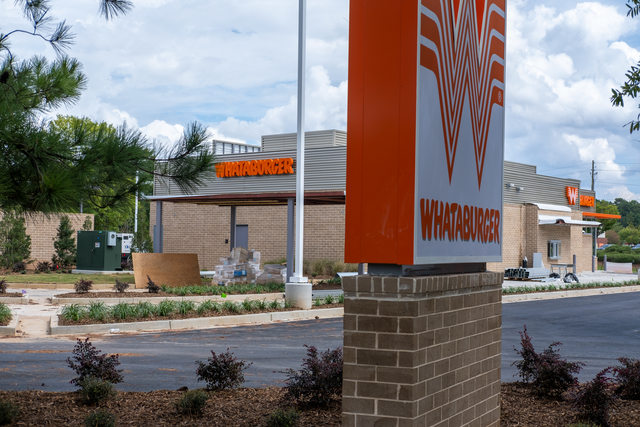 Whataburger is expanding its reach into metro Atlanta this fall with a new restaurant in the Kennesaw area.

This is a part of a rapid expansion Whataburger has planned for Georgia. The Kennesaw location, found at 705 Town Park Lane NW, will be the first of eight Whataburger locations to open in the metro Atlanta area. Their website details the second stage of their expansion plan to open restaurants in Woodstock, Buford, Cummings, Commerce, Athens and Dawsonville by 2023.

Currently, the only open Whataburger in Georgia is located in Thomasville near the Georgia-Florida state border. This location is four hours from both the Kennesaw and Marietta campuses.

Construction of the Kennesaw restaurant began on April 6 during a ground-breaking ceremony held by the Cobb County Chamber of Commerce. This specific location is scheduled to open before the end of 2022, according to their website. The opening of the Woodstock location will follow.

The Texas-based fast food chain’s hiring process started this summer and will provide 180 jobs to the Kennesaw community.

“Our local restaurant teams are the heart and soul of our brand. It’s also why we call employees Family Members. We know there are a lot of wonderful people in this community, and we encourage them to apply,” Market Leader Jon Barideaux said in a Whataburger news release in March.

Though Georgia’s unemployment rates have been decreasing since the record low of 3.1% reported in March, employment inequity has remained an issue throughout the state according to data collected by the Georgia Budget and Policy Institute.

By the end of 2023, Whataburger plans to employ more than 1,400 people around the state at these new locations according to Whataburger’s March news release.

The new location also provides college students the opportunity to be a part of Whataburger’s Feeding Student Success Scholarship Program. Throughout this academic year, the company spread 2 million dollars in scholarships for 940 students across 14 states through the program and the Whataburger Family Foundation Scholarship.

Both of these scholarships could be used by students for tuition, books, supplies and housing. The scholarship applies to any college, university or non-profit vocational school. The applications for the Whataburger Feeding Student Success Scholarship will reopen this December on their website.

Whataburger employees have added benefits of competitive pay that is built around performance, medical, dental and vision plans, holiday bonuses and a competitive 401(k) savings plan. These added benefits could help KSU students with insurance and help pay off their student loans.