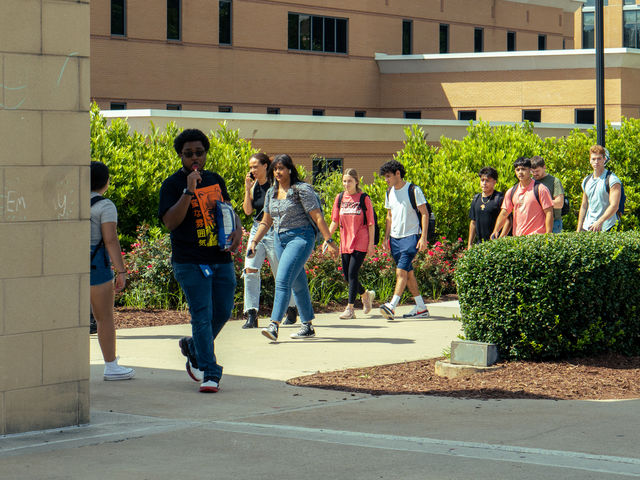 Despite nationwide decreases in undergraduate enrollment, Kennesaw State is seeing an increase in student enrollment for the third year in a row.

According to a KSU news release, the school student population has grown to more than 43,000. This is a 4.4% year-to-year increase from 2021. That makes this the third year in a row that Kennesaw State has increased enrollment, all a part of the R2 Roadmap, a strategic plan left to current KSU President Kathy Schwaig, as previously reported by the Sentinel.

This accomplishment is noteworthy considering recent reports that have revealed public colleges across Georgia are facing a dip in enrollment of new and returning students. However, KSU remains Georgia’s third largest university in regard to student body size. KSU also saw the second largest increase in enrollment, according to data compiled by the University System of Georgia’s Spring 2022 Enrollment Report.

NBC recently released a report stating, “There are 4 million fewer students in college now than there were 10 years ago.” The article continues to cite challenges that harm enrollment such as the belief held by students that a degree is not worth the financial toll they graduate with. However, to combat these issues, the Georgia Board of Regents voted to lower total costs by 7.6% on Apr. 12, according to Fox 5 Atlanta.

Many experts would recommend staying in college and working through these issues for the benefits that an undergraduate degree can provide in a student’s professional future. The Association of Public and Land Grant Universities’ study demonstrates that a bachelor’s degree leads to improved job stability, as well as lifetime earnings that are 57.5% higher than peers with only a high school diploma. This is especially true in high-demand careers focused on finance, tech and healthcare according to a CNBC report.

As growth continues, there will be challenges the school will have to tackle in order to support the consistent year-over-year growth that the school desires. And even as these challenges arise, KSU continues to trend in a different direction than other colleges in the nation.