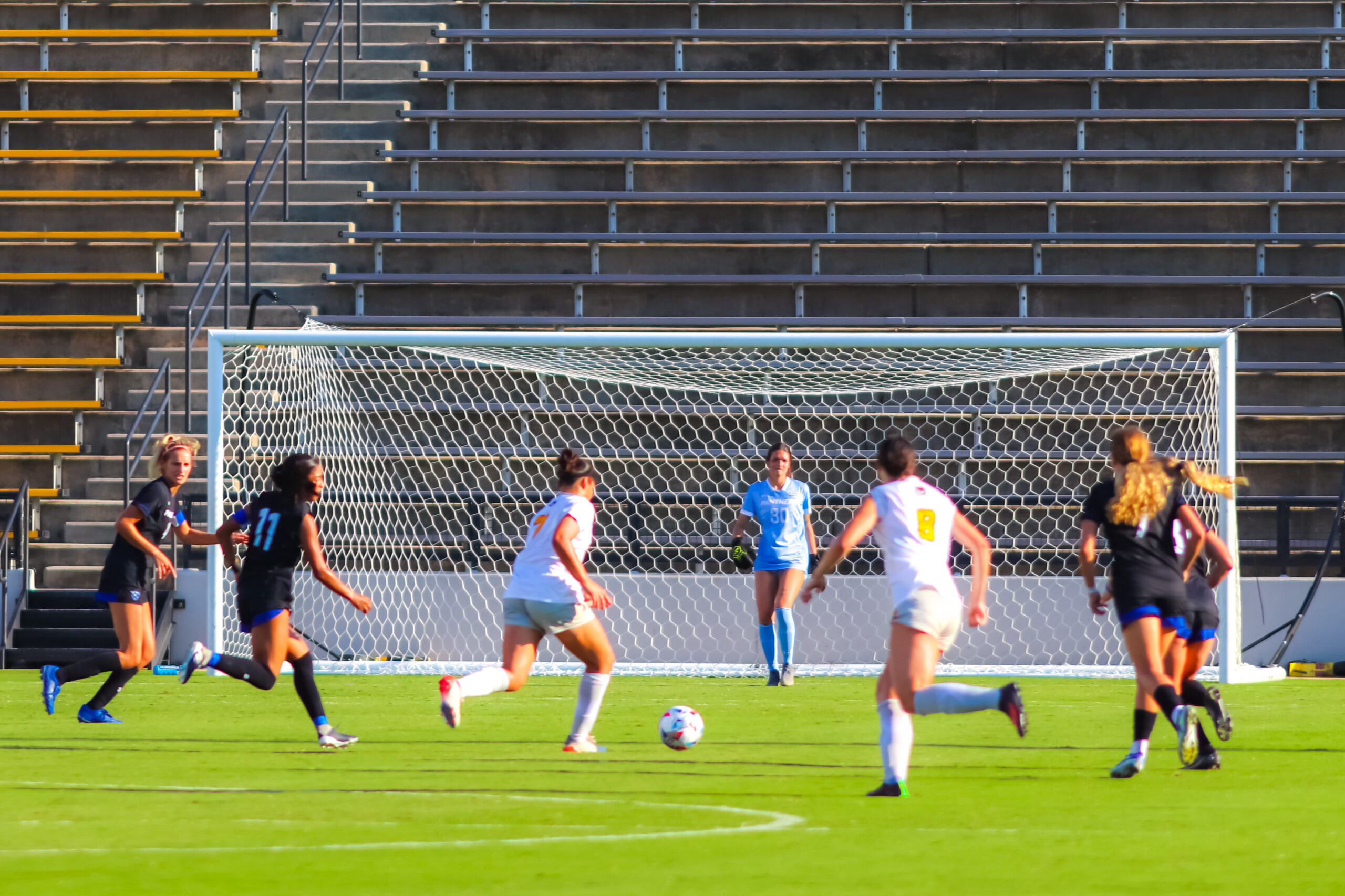 The Owls have wasted no time in spreading their wings with players such as graduate student Kaylee Hammer, Senior Erin Miller, and Sophomore Macie Rainwater making big statements during the game.

Hammer recorded seven saves, a new career high for the Owls’ goalkeeper. Miller scored her third career goal in Sunday’s game while Rainwater, scored for the second game in a row after her goal against the University of Alabama at Birmingham on Aug. 25.

About 14 minutes into the game, Georgia State scored the first goal of the game. The Panthers’ junior forward, Maddie Johnston, connected on a goal with an assist from their team captain Ana Diaz.

As the half was coming to a close, freshman defender Mai Jensen set up a stunning ground pass just outside the box to Miller who was able to level the game at 1-1.

At the beginning of the second half, the competition regained its intensity and momentum. KSU’s back line proved to be a true force as Georgia State’s offense could not seem to break through.

The Owls lit up the stadium as junior forward Tianna Rivera played a cross to the back post where Rainwater was waiting to put it away. The Owls carried the momentum and took a 2-1 lead.

The lead didn’t hold though, and the Panthers tied the match at 2-2 on an Elena Diaz penalty kick with nine minutes left. Neither team could capitalize over the final minutes and the game resulted in a draw.

“I was really pleased with how we played,” head coach Benji Walton said, “Thursday, we got behind in a bad way early and chased the game. We fought back but it just wasn’t our night. Tonight, I thought we did a much better job finding each other and keeping the ball better, building attacks rather than just hitting the ball and hoping something will happen. There was a lot of progress against a really good team that is unbeaten. We had a chance to win but we had a miscue on defense that cost us the win. But I’m just really proud of the result and the growth of a young group.”

“The back line did a great job tonight,” Walton said, “They are growing a ton, coming together and starting to figure some things out. Juliette Barbush and Naomi Moleka both had their first career starts in the back line and both played great games and did a great job.”

The Owls will go on the road to Clinton, South Carolina to play against Presbyterian College on Sept. 1 at 7 p.m.