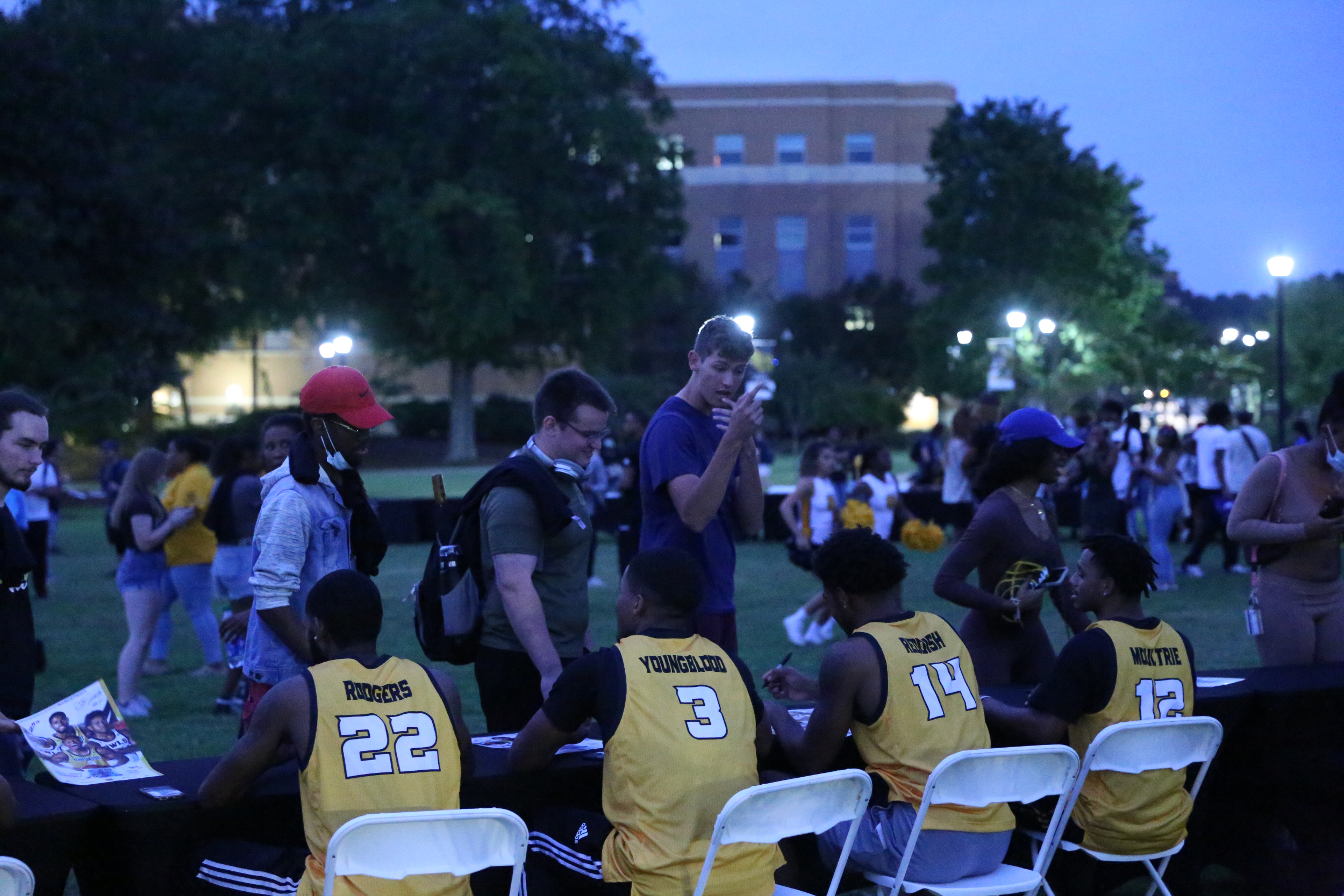 Ahead of the 2021-2022 basketball season, Kennesaw State fans were introduced to both the men’s and women’s basketball teams in the first annual Owl Madness.

“We’re bringing a new, exciting brand of basketball to Kennesaw State,” said first-year women’s head coach Octavia Blue. “[When I got to KSU] I noticed the energy and the how-to and want-to of my players on the court. They did everything I asked of them, plus more.”

Blue brings 14 years of coaching experience to Kennesaw State as she takes over the Owls.

“I believe in hard work and grit,” Blue explained. “The wins are going to come, they’re going to follow.”

Alongside nearly the entire unit from last season and the addition of three incoming freshmen, Blue will debut as the head coach next month as she takes over a women’s team that went 7-12 in a 2020-2021 season shortened due to COVID-19.

While the women will start the season under the guidance of a new head coach, the men will begin their third consecutive year under head coach Amir Abdur-Rahim.

“[I am most excited] to have our group back,” Abdur-Rahim said. “I’m really excited about the work they put in this summer. They worked really hard and came together as a team. We’re going into the season a year older, a year tougher, and a year smarter. If we can be connected and tough every game, we’ll put ourselves in a good position”.

The men’s team looks to improve upon a 5-19 record last year as they enter their third season under the current regime. Nine of the 13 players from last season will return for 2021-2022, including six of their top scorers from the past season.

Sophomore Cole LaRue is one of the nine players returning for the men this season.

“We did alright [last year]. It wasn’t what we wanted, but we will be better this year,” LaRue said. “We’re going to be great this year. I’m really looking forward to the camaraderie with teammates and just winning games.”

Coming out of high school as the 14th ranked basketball prospect in the state of Alabama, LaRue saw action in 21 games last season as a freshman, averaging 9.7 minutes per game and scored 53 total points, including a career-high 10 against North Alabama on Jan. 16. He was also second on the team in blocks with 11 in the shortened debut season for the 6-foot-9 Owls forward.

The 2021-2022 KSU basketball season tips off on Tuesday, Nov. 9 as the women will welcome the Thomas University Nighthawks to Kennesaw, and the men travel west to take on the Iowa State Cyclones in opening day action.