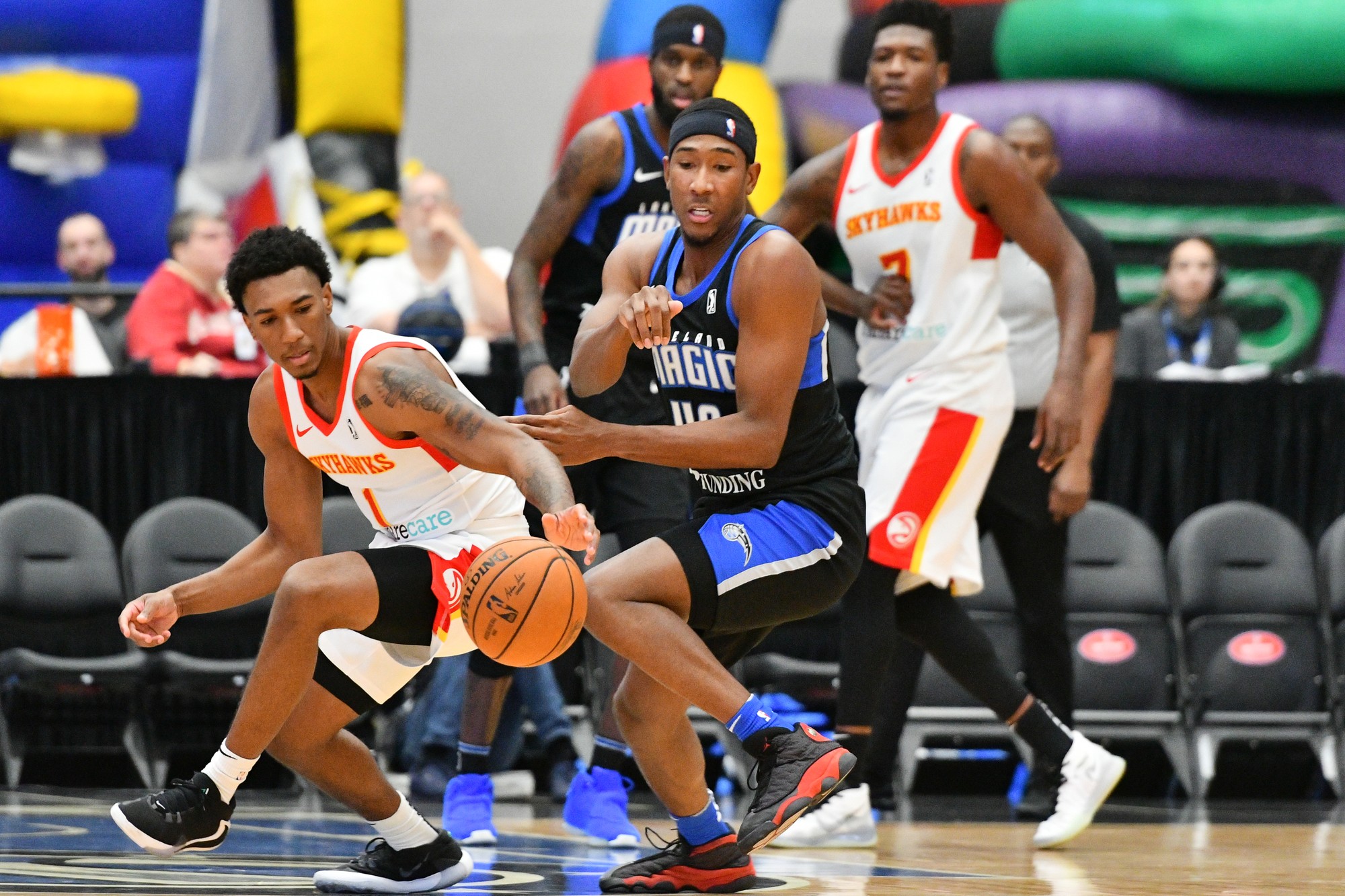 Despite the popularity of college basketball, many athletes have opted into participating in the G League professional path program. Photo credit: "20191116_Hagerty-499" flickr photo by Tom Hagerty Photography https://flickr.com/photos/lakelandlocal/49076270838 shared under a Creative Commons (BY) license

After this year’s top high school basketball prospect chose to join the NBA G League — a developmental league that feeds into the NBA — over an NCAA program, many fans began to fear for the future of college basketball, according to ESPN. However, a closer look into the objectives of the G League program should quell all fans’ worries.

Introduced in 2018, the G League professional path program is designed to offer an alternative route for the development of elite basketball prospects, according to the league’s website. In addition to growing the players’ on-court abilities, the program also includes education.

“NBA G League Select Contracts are designed for year-round professional growth,” the league said in a 2018 press release. “And will include opportunities for basketball development, life skills mentorship and academic scholarship.”

Although the NBA’s program does allow players to bypass the NCAA, it is designed in a way that protects the current structure of college basketball — the league is reserved exclusively for mature players with advanced skill sets.

“This is a program designed for players that if not for our current rule, would be NBA players,” G League Commissioner Shareef Abdur-Rahim said in an interview. “They would probably go directly into the NBA, they’re looking for opportunities to go overseas, maybe take a gap year as we have seen in the past.”

On Thursday, April 16, five-star high school basketball recruit Jalen Green announced his decision to bypass a season of college and instead join the G League pathway program, according to ESPN.com.

After a stellar high school career, Green was rated as the No. 1 overall prospect in the 2020 recruiting class, according to ESPN. As a senior in 2019, the guard averaged 31.5 points, 7.5 assists, and five rebounds per game, according to USA Basketball.

Green’s decision sent shockwaves across the basketball world, as he became the first-ever player to join the program. Green was joined by his first teammate just one day later, as five-star power forward Isaiah Todd signed to the G League on April 14, according to the league’s website.

“With [Todd’s] skill and drive to succeed, I’m confident that he will thrive in the NBA G League,” Abdur-Rahim said. “And use all of our available resources to prepare for the next stage in his career.”

While Todd and Green have proven that the G League can draw players away from college basketball, another prospect demonstrated that the NCAA has not yet been supplanted.

On Friday, April 24, McDonald’s All-American Greg Brown III announced his decision to play for the University of Texas instead of the G League. The forward is ranked ninth-overall in the 2020 class, according to ESPN.

Brown III chose the NCAA with hopes of carrying the legacy of his family members who also played at UT. When explaining the decision, he cited the traditional and personal aspects of college basketball — “It’s just the legacy and the loyalty,” Brown III said.

Brown III’s sentiments should serve as a reminder to all fans that the G League will not destroy the NCAA. Regardless of its alternatives, college basketball offers a unique experience that many players still strive for. The NBA’s professional pathway program will have minimal effects on the current structure of college basketball, and will instead serve as a feasible alternative for elite young players.