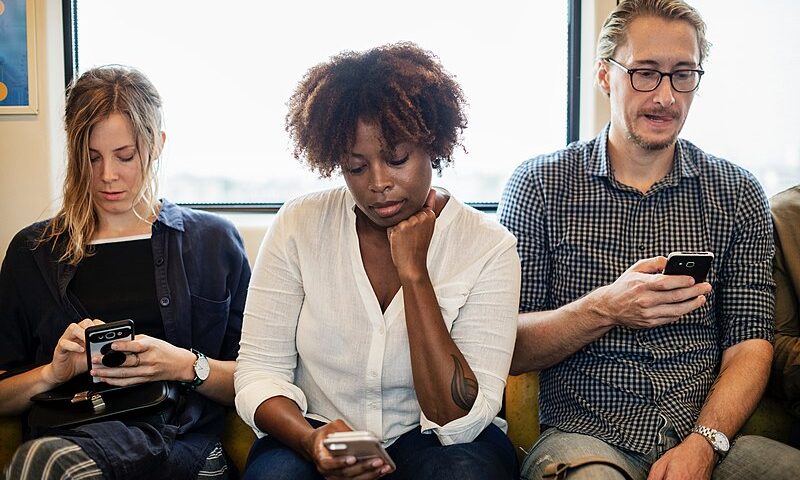 With the spread of technology in the past few decades, the nature of interpersonal relationships has changed. Integrating technology into relationships among college students has ultimately done more harm than good — both to personal health and in-person social interactions.

Over half of the global population is made up of internet users, according to Statista. This means that the internet has become integral in the lives of the majority of people, including students. Many students take to social media sites like Instagram, Twitter, Snapchat, Reddit and Facebook for social interactions.

One’s social life has a very important influence on their health, according to Psychology Today. Yet when presented with the opportunity to interact with others, students often choose to pay attention to their phones instead. These students may be interacting with others on their phones, but real-life social interaction is invaluable and irreplaceable. Technology distances people both physically and socially.

While these sites can provide people with valuable social interactions, it has come at the expense of relationships formed in real life. Some students opt to form online bonds instead of ones in person — other times, social media can harm pre-existing relationships.

Seventy seven percent of Americans are social media users, but unfortunately, social media can have a detrimental effect on users’ mental health, according to Healthline. In fact, social media use has been linked to an increase in depression, anxiety, poorer sleep quality and lower self-esteem.

Anxiety and depression can deter people from seeking social interaction, which creates loneliness and even more negative mental health effects. This shift has specifically impacted college-aged internet users, as they have grown up with social media and the rise of technology, according to Healthline. There has been an increase in depressive symptoms in Millenials and the generations following, which experts have attributed to social media use.

“I’ve had to take a break from social media for my mental health multiple times,” senior business major James Greene said. “Sometimes I don’t even realize how much I need a break from it all until I take one.”

It is not uncommon to walk around the Kennesaw State campuses and see students sitting, standing or walking around on their phones — even in close proximity to each other. This is all too common elsewhere as well. Students often pay more attention to their phones and technology when interacting with other people — or rather, failing to interact.

Because online social interaction happens behind a screen, many people are detached from their online activity and interactions. Anonymity can cause reckless and rude behavior on the internet because it prevents eye contact between users online. A lack of eye contact prevents internet users from gauging the reactions to their actions, which is directly linked to online recklessness, according to Psychology Today. This recklessness online can hurt relationships that exist on and offline.

Interacting with people online is one of the main aspects that draw internet users to social media. The very nature of social media makes it more difficult to genuinely engage with others, however. People have the power to carefully curate their presence online, which leads to omitting aspects of their life that may be less flattering. Without knowing if what people post online is true, it is much more difficult to have rewarding and genuine interactions — and having a healthy and rewarding social life is essential for overall health.

Technology is now a prominent part of most students’ lives, and many may not be aware of the detrimental effects that it can have on one’s mental health and social wellbeing. Students should consider taking a break from their social media accounts and leave their phones face-down in the presence of loved ones.

Sep 20th, 202119
The COVID-19 pandemic has changed almost every aspect of our lives. One thing that has not changed is the...
Opinion

Sep 20th, 202112
First theorized in 1956 by Gilbert Plass in his Carbon Dioxide Theory of Climate Change, the world has been...
Opinion

OPINION: Students should acknowledge the issues surrounding the gender binary

Sep 20th, 202114
It is easy to gender people as a reflex — people make categories to make sense of the world around them,...