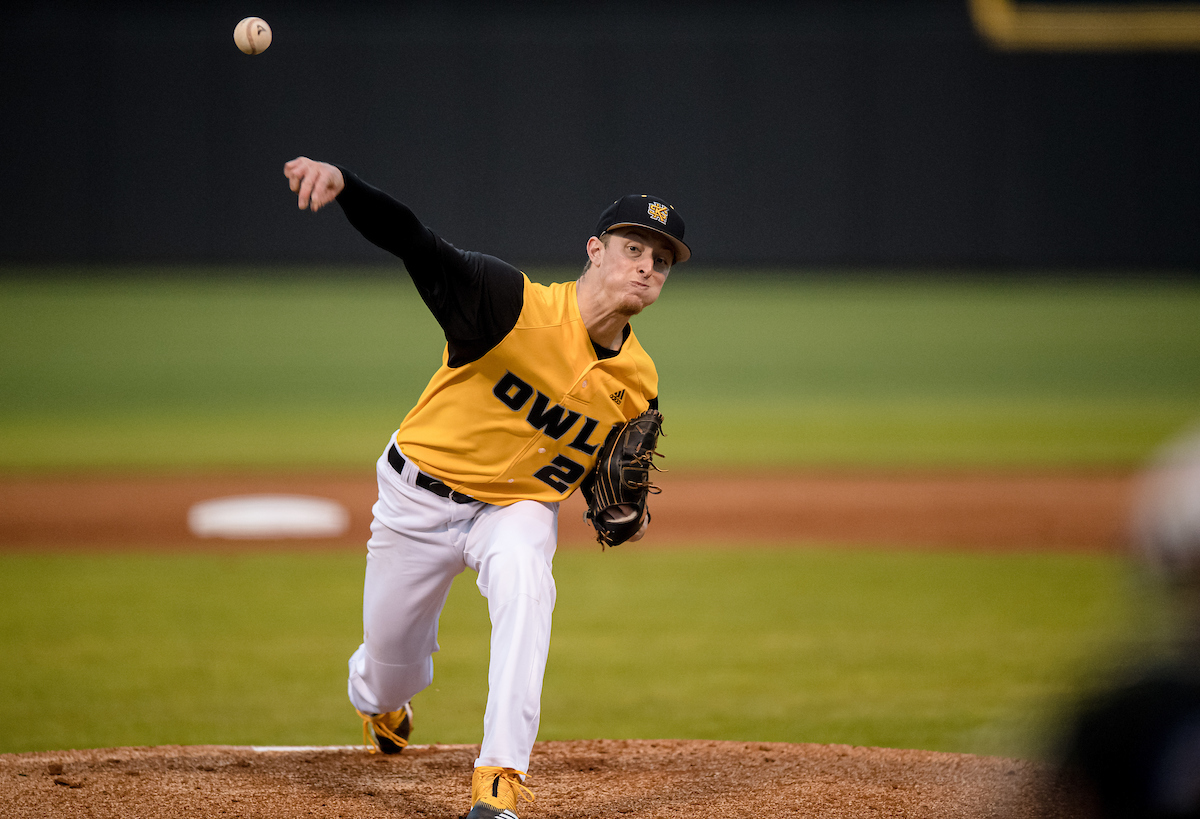 The Kennesaw State men’s baseball team played four times last week, starting out with a home loss before dropping two of three away games over the weekend.

Junior pitcher Luke Torbert started the game for KSU, earning six strikeouts and allowing two runs in three innings. The Bulldogs scored two runs through the first four innings, while the Owls struggled to produce on offense. The Bulldogs led 2-0 to begin the fifth inning.

UGA took a commanding lead in the fifth inning, knocking in three runs to take a 5-0 advantage. The Owls would respond in the bottom of the fifth, scoring a pair of runs to bring the deficit to three. Senior outfielder Alex Carballo and sophomore outfielder Nick Colina each hit singles in the two-run KSU inning.

Carballo, sophomore catcher Tyler Tolve and sophomore infielder Ryan Smith each tallied one RBI. With the loss, KSU moved to a 3-1 record to begin the year.

On Friday, KSU suffered a 7-1 loss to WVU. The Mountaineers jumped out to a 4-0 lead in the first inning and held KSU scoreless through six innings.

Centerfielder Malik Spratling notched the team’s lone RBI of the day with a single in the seventh inning, while designated hitter Nick Hassan led the team with two hits. The Owls’ three relief pitchers did not give up an earned run in five combined innings.

The Owls bounced back in the next game, earning a 12-0 shutout win over the WCU Catamounts on Saturday. Freshman pitcher Brayden Eidson picked up his first career win after allowing just one hit in more than four innings.

In the final game of the weekend on Sunday, the Owls lost 13-5 to CCU. KSU fell to the tournament-hosting Chanticleers despite jumping out to a 3-0 lead in the first inning. CCU responded with 11 straight runs over the ensuing six innings.

After going 1-2 in the weekend tournament, the Owls now hold a record of 4-3 overall.

Next up, KSU will travel to Athens, Georgia, for a rematch with UGA on Tuesday, Feb. 25, before hosting the University of Pennsylvania for a weekend triple-header from Friday, Feb. 28 through Sunday, March 1.