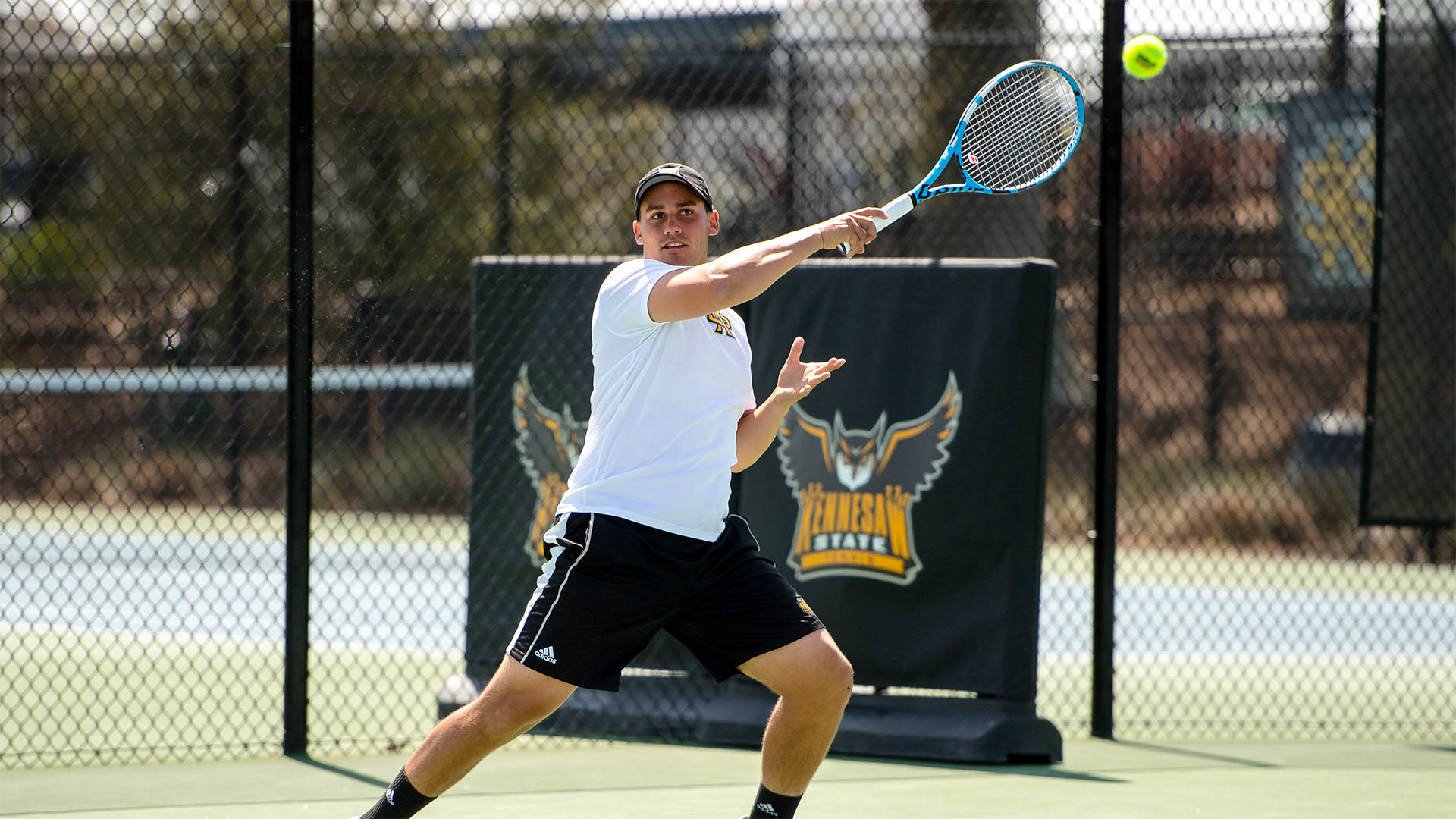 The Kennesaw State men’s and women’s tennis teams found success at the Mercer Gridiron Classic the weekend of Friday, Sept. 20, with three singles victories and one doubles win.

Freshman Taylor Dean showed promise to the beginning of her Owls career as she reached the quarterfinals of Flight A with a pair of wins. Dean’s tennis experience includes playing in multiple Women’s Tennis Association tour matches around the world.

“The four freshmen got some of the nerves out the first day and then responded with a great last two days,” Director of Tennis Matt Emery said. “It was great to see Taylor get her collegiate career off to a strong start as well, making the semifinals of the ‘A’ draw.”

On Saturday, it was an all-KSU men’s doubles final for the Flight B championship as Patel and sophomore Jack Sorel beat senior Sebastian Osorio and sophomore Harvey Maughan 7-6 to win the title.

Freshman Sofia Pinedo stole the show for the Owls on Sunday. She put a winning effort in for the women’s Flight B consolation match with a strong victory over Troy’s Tijana Svitlica 6-4, 6-2.

Pinedo ranks No. 68 in the Spanish Women’s Open Rankings, according to her profile on the KSU Athletics website.

“Overall, we were very pleased with both teams’ performances this weekend,” Emery said. “Bryan and Kevin saw some of their hard work begin to pay off, which was great to see.”

The men look to keep the momentum going at the Louisville Fall Invite on Friday, Oct. 11 to Oct. 13, while the women travel to the Georgia Southern Fall Invitational the same weekend.