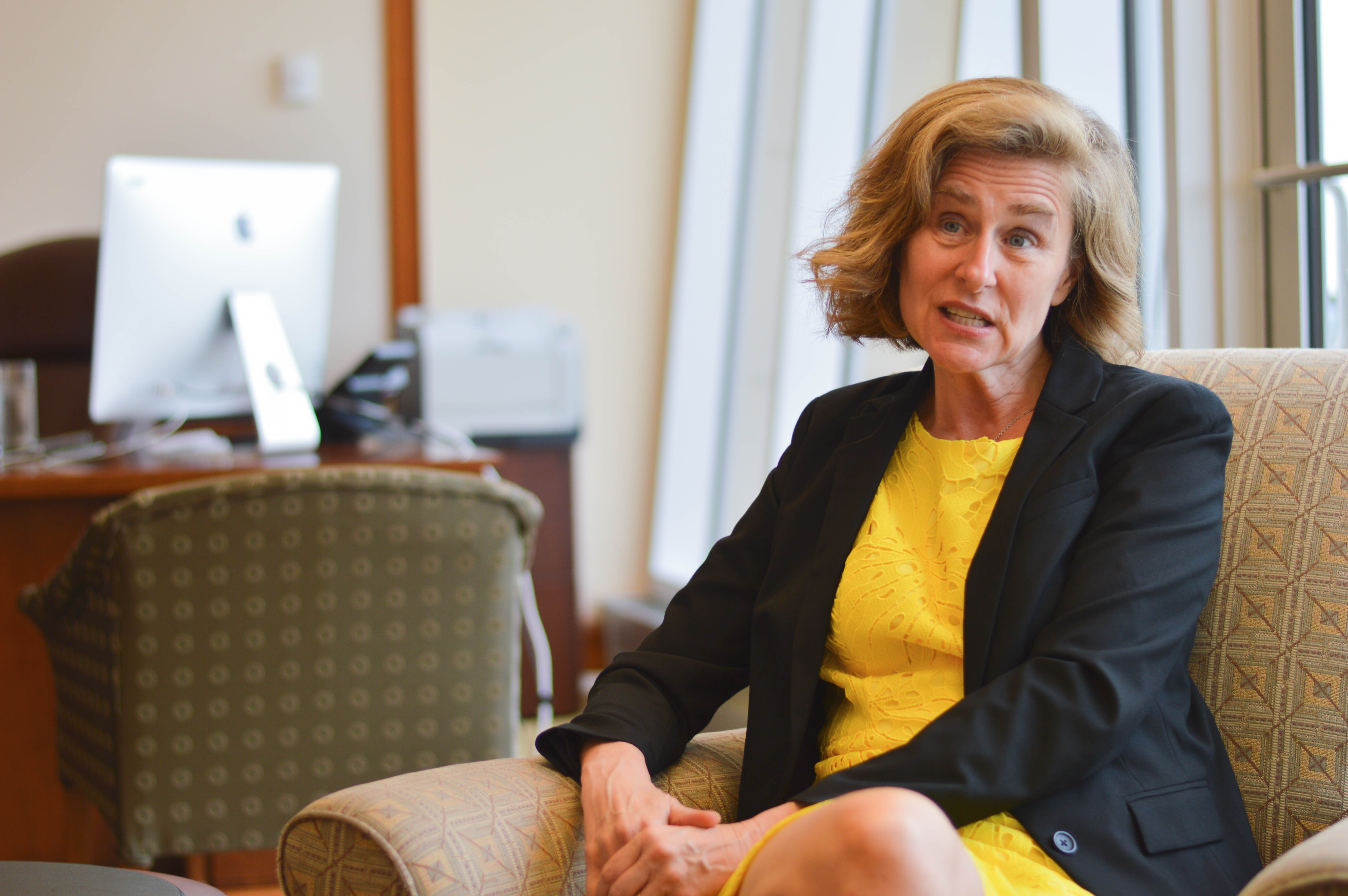 Dr. Pamela Whitten left her position as the provost at UGA in 2018 to become the current KSU president. Photo credit: Kevin Barrett

According to the Red & Black, Nesbit made his statement after the Franklin College Senate Ad Hoc Committee on Baldwin Hall released a 31-page report condemning UGA’s response to human remains found near Baldwin Hall in a 2015 expansion project. The report states that UGA administrators allegedly intimidated faculty who had conducted slavery research.

According to an April 24 article from the Red & Black, the Franklin College Faculty Senate approved the report, but have given the power to make changes to the report to the Senate.

The report alleges that Nesbit was told by an unnamed UGA administrator that Whitten was not happy with his remark and “was considering measures that would make it impossible for [Nesbit] ever to gain employment at other universities.”

Since Nesbit is a tenured professor, Whitten could not take any action to block that tenure, according to the report.

UGA allegedly said Nesbit’s comment was a form of “activism,” but the university never stated why his statement counted as political, according to the report.

According to the report, most of the remains found during the expansion were of African descent and alleges that Nesbit could have contributed in research on the remains.

According to the Red & Black, UGA’s Office of University Architects released a June 6 report detailing 826 pages of what was found underneath Baldwin Hall and the history of Old Athens Cemetery. The report alleges that some graves were unable to be retrieved from the excavation because they were partially under the hall’s foundation.

Also alleged is the reported mistreatment of anthropology professor Laurie Reitsma, who led a study on the found remains.

This allegation of faculty intimidation by Whitten comes at a time of which KSU students are calling on Whitten to do something about the heated racial climate on campus.

It is alleged by student activist group KSUnited that Whitten would not publicly release a statement to condemn racism.

In an email sent out to KSU students in April, Whitten stated that she has “no tolerance for any form of discrimination or racism on our campuses.”