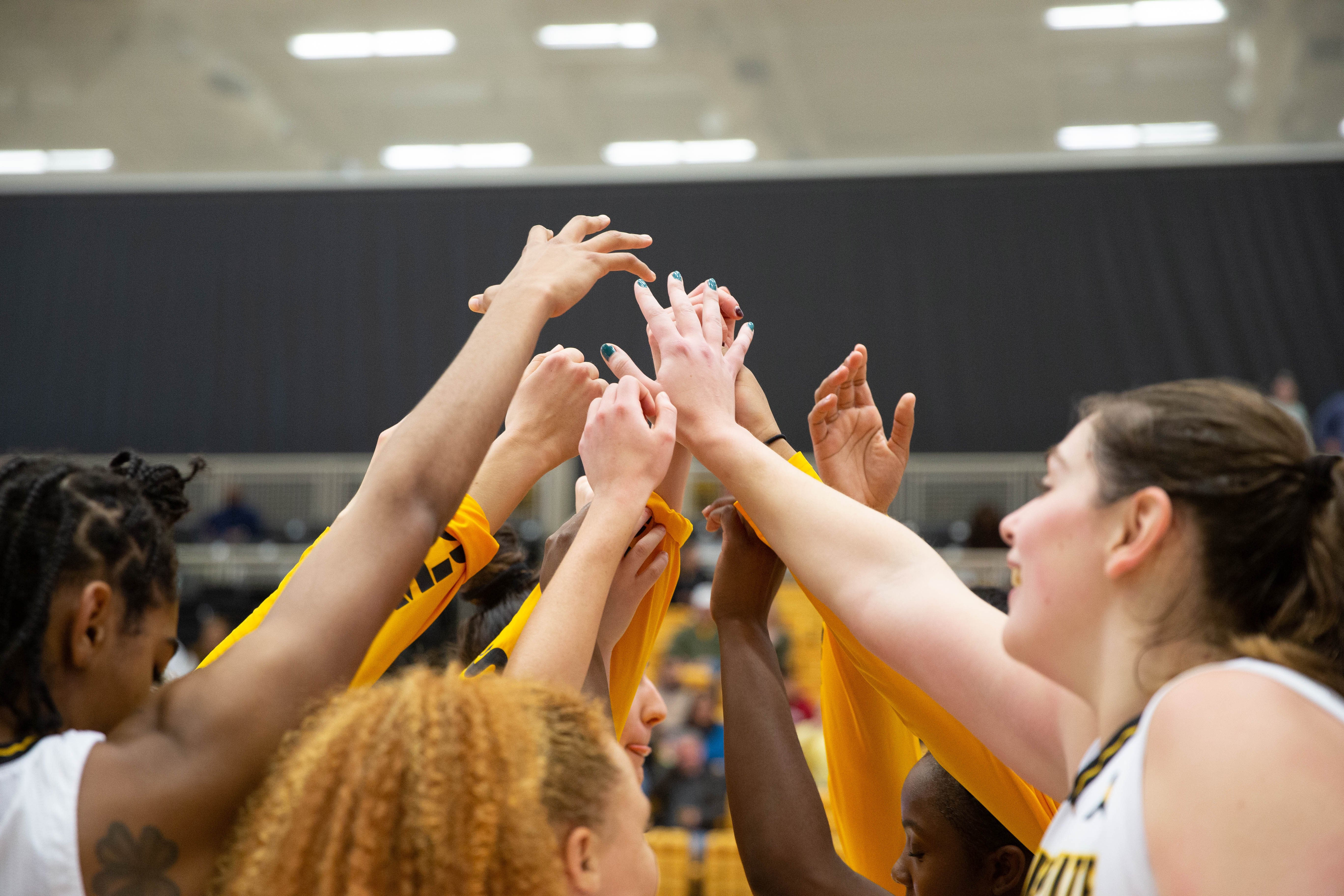 The Kennesaw State Department of Athletics announced on Thursday, March 7, that sophomore Kamiyah Street and freshman Amani Johnson each earned conference awards for their efforts on the women’s basketball team.

After leading the Atlantic Sun Conference in points and steals, Street became just the second player in KSU’s Division I history to be named as a First Team All-Conference selection.

Street led the Owls this season with 17.2 points per game and 90 steals, highlighting her year with two ASUN Player of the Week awards. She also set a KSU Division I record by scoring 41 points against Seton Hall on Nov. 10.

Throughout the past two seasons, Street has been a leader for the Owls. In addition to her scoring ability, Street finds ways to provide assists and come up with rebounds through her speed.

She is also a vocal leader on the team, huddling the team together before games to bring energy and giving directions on the court during games.

“Kamiyah has put the time in on the court to improve her game and hard work pays off,” head coach Agnus Berenato said. “Kamiyah has grown in many ways, both on and off the court. She is an explosive student athlete that is capable of taking over a game.”

For the third consecutive season, a KSU player was named as ASUN Freshman of the Year, as Johnson was unanimously chosen by the conference for that award.

She follows Street and Carlotta Gianolla as the latest Owl to star as the best freshman in the conference.

Leading the team in assists, Johnson was an all-around force for the Owls by averaging nearly 10 points per game and frequently contributing at least five rebounds and assists.

For a first-year player, Johnson was heavily relied upon for leading the team and conference in minutes played and coming second to Street in steals in the ASUN conference.

Johnson was chosen as the conference Freshman of the Week six times — a conference record. She also proved to be a leader on the team, being chosen as team captain by Berenato.

“Amani has amazing skill for a freshman and is willing to work on her game to improve,” Berenato said. “Amani has a terrific work ethic and gets better every day she attends practice. Named a captain because of her leadership, Amani must excel on and off the court, which she has done.”

Sophomore Alexis Poole may not have won a conference award this season, but was worthy of an honorable mention after her productive season.

Poole led the Owls with 242 rebounds on the season, good for second-best in the ASUN conference, and averaged 14 points per game. She proved to be one of the most consistent players on the team, posting 12 double-doubles and making precisely 50 percent of her shots.

The highlight of Poole’s season was on Jan. 15 against Liberty where she scored 27 points and came up with 15 rebounds, both season-high totals.

The Owls played in the quarterfinals of the ASUN Tournament Friday, March 8, defeating the Stetson Hatters 67-59.

Poole matched her career-high total of 27 points while Johnson set a career high of 21 as KSU hung on to win against a strong opponent. The two players combined for all but 18 of the team’s points.

Coming into the game, Stetson was favored as the No. 2 seed in the tournament while the Owls were back at No. 7. The efficiency of Poole and Johnson, along with their ability to draw fouls, helped KSU win.

Johnson picked up seven rebounds and provided five assists while Poole had six rebounds and converted 17 of her 18 free throw attempts.

“It was really exciting,” Johnson said. “I did what I needed to do tonight and it happened to be my night.”

Next up, the Owls will face the No. 1 seed Florida Gulf Coast on Wednesday, March 13, with the time to be determined.