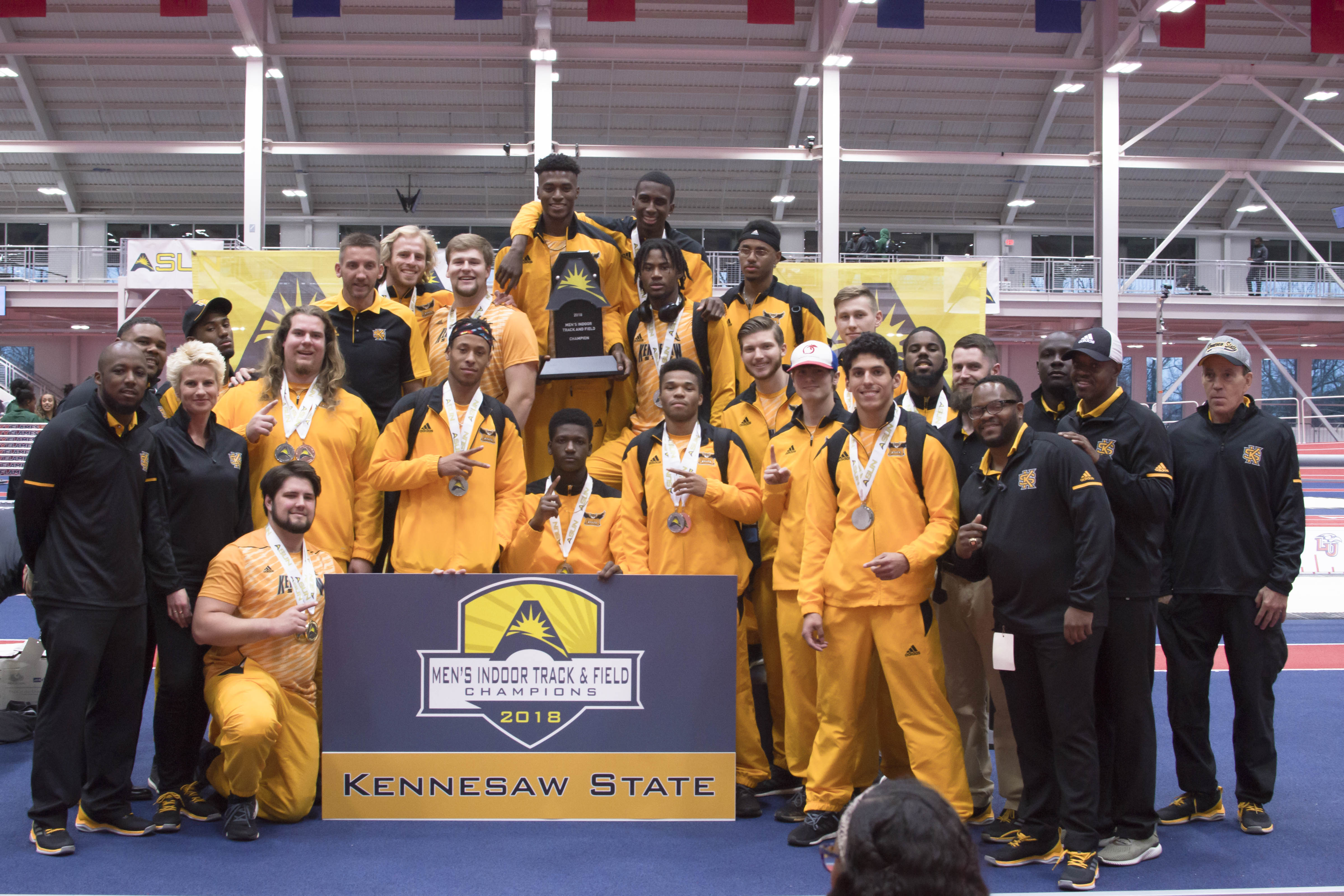 The men's track and field team was not able to defend its title at the ASUN Indoor Championships this past weekend. Photo credit: Photo courtesy of KSU Athletics

The men’s and women’s track and field teams traveled to Lynchburg, Virginia, to participate in the Atlantic Sun Conference Indoor Championships from Feb. 22 to Feb. 23, coming in second and third place.

For the first time in eight years, the men’s team will not be holding the indoor championship trophy, finishing as the runner-up behind Liberty. KSU had won seven consecutive titles and eight of the previous nine before this season.

Despite the broken streak, the team did have a number of impressive performances confirming the quality that still persists within the team. Senior Paris Williams was named as the Most Outstanding Performer of the meet, winning the 60-meter hurdles and finishing second in the long jump.

The Owls also took the top two podium spots for the weight throw, as senior Chuck McConville won first place with a career-best toss while sophomore Tyler Blalock finished in second with his own personal best throw.

In addition to Williams finishing with the top score in the 60-meter hurdles, the Owls filled the podium with the two next best times.

Junior Cameron Bolden placed first in the 60-meter sprint, becoming the first player in ASUN history to win the event three years in a row.

The men’s team finished with 11 medals on the day.

The women’s track team last won the indoor title two years ago, and this year, they finished in third place with a total of eight medals.

Redshirt senior Jordan Gray was named Most Outstanding Player for the women, claiming victory in the pentathlon and long jump before finishing second in the pole vault and shot put.

The other first-place finishes came from Julija Tarvide, who won the high jump, and Da’Yona Henry, who placed first in the triple jump. Long-distance specialist Brenda Ayuk came up with a pair of third-place finishes for KSU.

As a result of her scores, Gray will be competing at the national level, participating in the pentathlon and long jump at the NCAA Championships.

“I am so proud of this group of women and what they were able to accomplish,” Director of Track and Field Cale McDaniel said. “I’m excited for Jordan Gray to compete at the national championship and for the rest of the group to get geared up for the outdoor season.”

Next, the men’s and women’s track teams will head to Georgia Tech to take part in the Yellow Jacket Invitational from Friday, March 15 to Saturday, March 16.