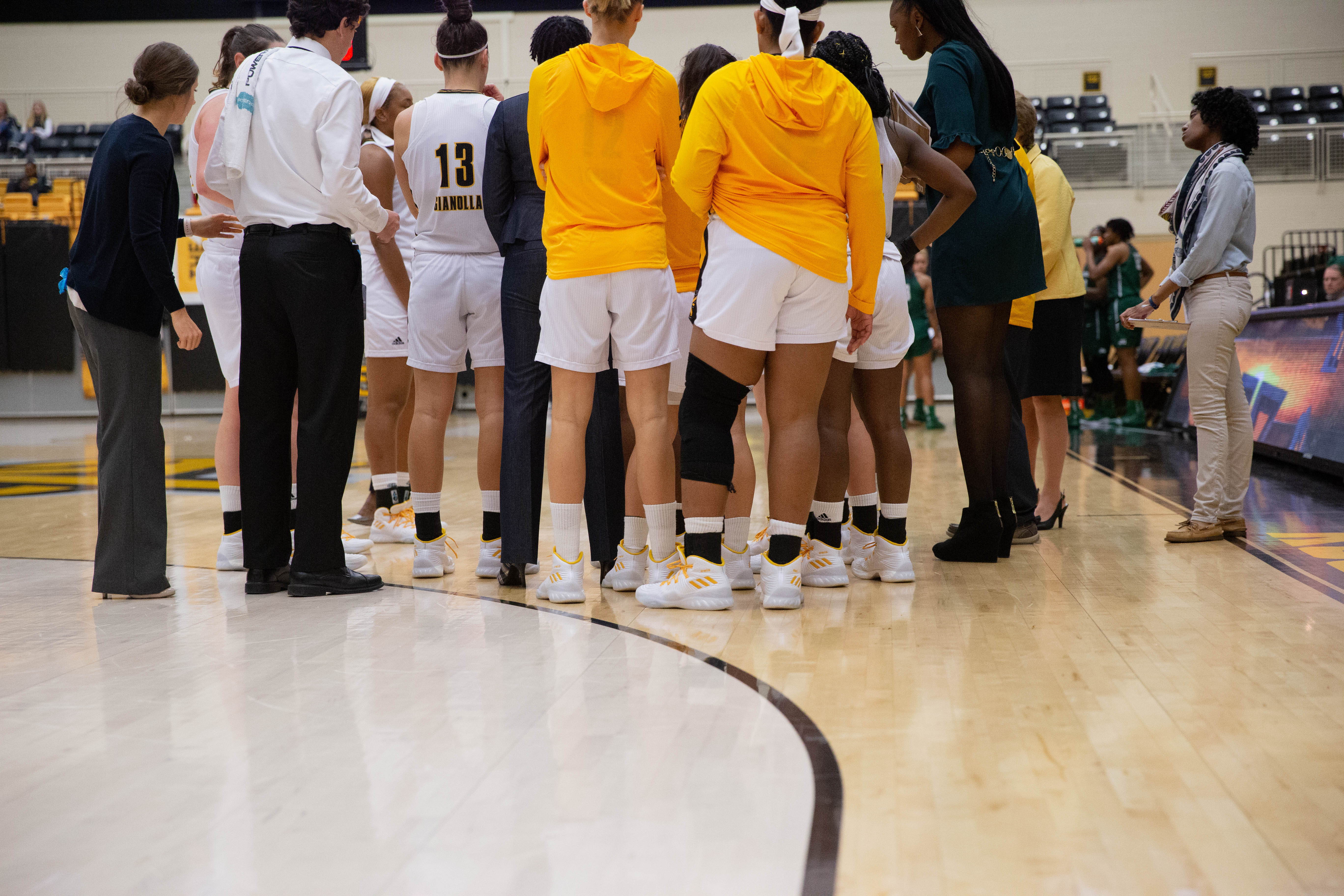 The women’s basketball team lost twice last week, falling to North Florida 71-60 on Tuesday, Jan. 29, before coming up short 76-69 at Stetson on Saturday.

Alexis Poole highlighted Tuesday’s game against the Ospreys with her ninth double-double of the season, totaling 23 points and 12 rebounds. She finished nine of 13 from the field, helping the Owls score 28 points in the paint.

KSU kept the score close for most of the game, but were set back from the beginning with a poor first quarter that saw them score only four points.

Down by nine points, the Owls fought back through the efforts of Poole and freshman Amani Johnson, who finished with 15 points. She shot consecutive three-point shots to cut the deficit to just two points late in the second quarter.

After being up by five points at halftime, the Ospreys expanded their lead in the final quarter as Poole tried to keep the Owls competitive in the game by scoring 15 of her 23 points in the second half.

On Saturday, Johnson set a career high with 18 points as the Owls narrowly lost to Stetson. Four players finished with at least 12 points during a game that KSU nearly came back to win.

Johnson and junior Kamiyah Street both led the Owls with 10 points in the first half. With the score tied at 30 in the second quarter, the Hatters went on a late run to lead by 11 points at halftime.

Junior Carlotta Gianolla and sophomore Breanna Hoover were important in the comeback effort for KSU in the second half, as the Owls took a one-point lead midway through the third quarter.

While Hoover made a trio of three-point shots in the second half, Gianolla scored several important field goals. The score went back and forth for the rest of the game as Street tied a career high with eight assists and Johnson hit four three-point shots.

The final lead of the game for KSU was a 64-63 score with just over four minutes remaining in the game. After that, the Owls were only able to make one more field goal as they fell short by seven points.

KSU will stay in Florida to take on Jacksonville on Tuesday, Feb. 5, at 7 p.m.