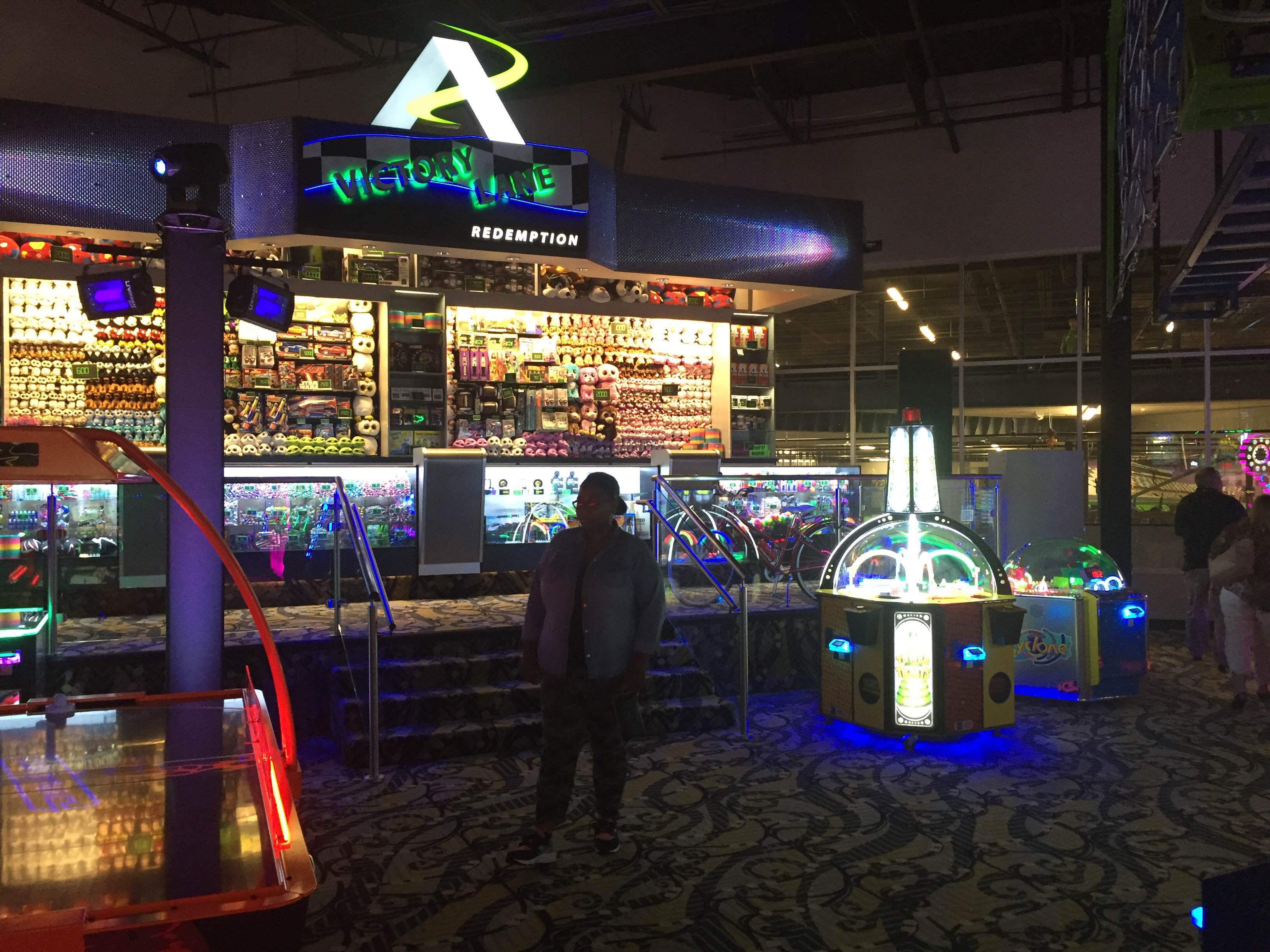 Marietta’s new Andretti Indoor Karting and Games location held its ribbon cutting party Oct. 13. The event was rife with the high-class atmosphere that is at the heart of Andretti. It is abundantly clear that Andretti has established itself as the top-tier arcade experience driven by a focus on racing. But this top-tier status comes with a price. And that price is steep.

Upon entering the building, you are immediately presented with a booth to buy your game credits on the left and a bar on the right. As the parents step to the right to down expensive drinks, their kids will then step to the left and buy $30 of game credit. But based on my experience, that money would only last them about 20 minutes.

Even though I was given a pre-paid card to preview the games as media, I could still see the prices it would have charged me to access the arcades. I estimated that it would have taken $18 just to get through three levels in the Jurassic Park game.

The games are designed in such a way to encourage constant retrying. They are very difficult and every time the player dies, another payment is required. After dying three times on a single level, I would have spent $6. This level only took about 10 minutes.

So if a user wanted to get the full experience with a game like this, they would likely be spending at least $20 to $25 to play through the group of available levels. This same problem exists for the majority of the shooting and racing games.

This has long been the way that arcade games work, but my problem lies in the fact that we are much more advanced than what is available at Andretti. These are the same arcade games I have been playing at places like Star Time, Dave & Busters and even Chuck E Cheese’s for years. We are currently living in world where virtual reality headsets are going to be household devices in a matter of months. Why is it that expensive arcade venues like Andretti are still making me pay top dollar to play light gun games from the 90s?

The most advanced product available at the new Marietta location is a “virtual” formula one racing experience. In this attraction, participants sit in hydraulic chairs facing three television screens which simulate driving on a real track. The attraction does a good job of simulating the sounds and tactile feel of driving. The seats are even kept behind a glass wall for people to watch, since the sounds are quite loud.

But the most important aspect is left lacking. The visuals don’t even come close to looking realistic. The bland lifeless world that was created to simulate reality looks like something you might practice with at the DMV. A vastly better driving simulation can be purchased for $20 in a racing video game that is three years old. With so much money put into creating a simulation that feels real, I find it shocking that there was no money put into making it look like it was made in the last 5 years.

Andretti looks to be great fun for anyone not looking for an affordable arcade experience. The core indoor carting experience that defines Andretti is still there and is relatively unchanged from other Andretti locations. Above the track is an elegant Sky Bar that overlooks the drivers with surrounding televisions. And to the right of the downstairs bar is a bowling alley accommodated with expensive looking leather couch seating.

Andretti sets itself apart in its high class dining and bar environment, which is why it is so odd to me that the arcade attractions continue to be dated, overpriced experiences aimed at children.

Andretti is now open for business seven days a week at 1255 Roswell Road in Marietta. Check it out for yourself, if your wallet can handle it.