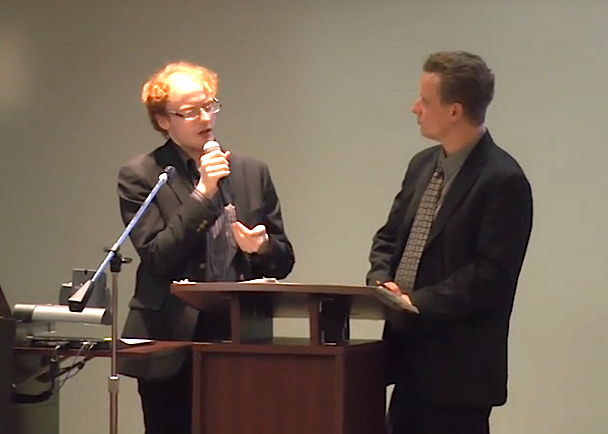 “Did Feminism Get It Wrong?”

On Friday this was debated. On screens projecting powerpoints the audiences saw women – from the ages of little girls to the ages of our elder women. Of the images showed to us, it seemed odd, considering all other details, that we did not see any men.

The audience heard that rape statistics released by the Center for Disease Control (CDC) were wrong, because Mary Koss – a feminist, misconstrued the data. Mary Koss, who has never been a director of the CDC, has not been the only person to come up with the information that she found in her study. I think the implication is insulting to every CDC director since Koss’s study came out – who are medical doctors and who were appointed by their respective president.

The audience heard feminists compared to the Ku Klux Klan – insomuch as to say that despite any good things that feminists or feminism has done, that does not erase the bad things they have done, because, and I’m paraphrasing, “Even the KKK gave to charities.”

The audience heard that even though ‘on average’ there is a pay disparity between men and women of thirty-three cents on every dollar, that when you ‘compare apples to apples and oranges to oranges there is no difference in pay.’

An article on Slate.com suggests that the seventy-seven cent rhetoric is not true – but that does not mean that pay is equal – even amongst apples to apples:

“That’s the first problem: We could be comparing men working 40 hours to women working 35. How to get a more accurate measure? First, instead of comparing annual wages, start by comparing average weekly wages. This is considered a slightly more accurate measure because it eliminates variables like time off during the year or annual bonuses (and yes, men get higher bonuses, but let’s shelve that for a moment in our quest for a pure wage gap number). By this measure, women earn 81 percent of what men earn, although it varies widely by race. African-American women, for example, earn 94 percent of what African-American men earn in a typical week. Then, when you restrict the comparison to men and women working 40 hours a week, the gap narrows to 87 percent.”

Even when Slate eventually works it down to ninety-one cents on every dollar, we are still left with pay inequality.

The audience was assured, by Gerard, that any fear or anxiety or feelings of unsafety they had about him were ‘unwarranted’. The premise for which these feelings were unwarranted were not presented.

In an effort to shine light on an old conversation, I would like to point out that A Voice For Men – an organization which Sage Gerard holds a high ranking in, and one which offers funding to KSU Men, may not be on the official list of Southern Policy Law Center hate groups, but was instead, more specifically listed under ‘Misogyny: The Sites’ in the Spring 2012 Intelligence Report.

“A Voice for Men is essentially a mouthpiece for its editor, Paul Elam, who proposes to ‘expose misandry [hatred of men] on all levels in our culture.’ Elam tosses down the gauntlet in his mission statement: ‘AVfM regards feminists, manginas [a derisive term for weak men], white knights [a similar derisive term, for males who identify as feminists] and other agents of misandry as a social malignancy. We do not consider them well intentioned or honest agents for their purported goals and extend to them no more courtesy or consideration than we would clansmen [sic], skinheads, neo Nazis or other purveyors of hate.’ Register-Her.com, an affiliated website that vilifies women by name who have made supposedly false rape allegations (among other crimes against masculinity), is one of Elam’s signature ‘anti-hate’ efforts. ‘Why are these women not in prison?’ the site asks.’

First and foremost I applaud Brian Clyne for his efforts in the debate, but overall, the debate did not comfort or fulfill me as a feminist. I feel as if the debate in and of itself was A) incorrectly framed – how can a subject be objectively viewed when the leading question is asked, “Did Feminism Get It Wrong?” and B) was inconclusive in its lack of diverse voices. As a matter of fact, it can be argued that the biggest difference between the two men on stages debating were whether or not they agreed with feminism.

Jessica Fisher is a Junior majoring in Communication, a Pennsylvania native and an avid watcher of The Office.

Agree or disagree? Use the Leave a Reply  field below or submit your own Guest Column.

Disclaimer: The views and opinions expressed in columns on this page and in the Opinion Section are those of the authors and do not necessarily reflect the official policy or position of The Sentinel, KSU Student Media, Kennesaw State University, or the Georgia Board of Regents.

Sep 8th, 202086
A lack of available information and education often leads to many people in the United States thinking of...
Opinion

Sep 8th, 202068
College students have experienced an escalated amount of loneliness, stress, anxiety, and depression during...