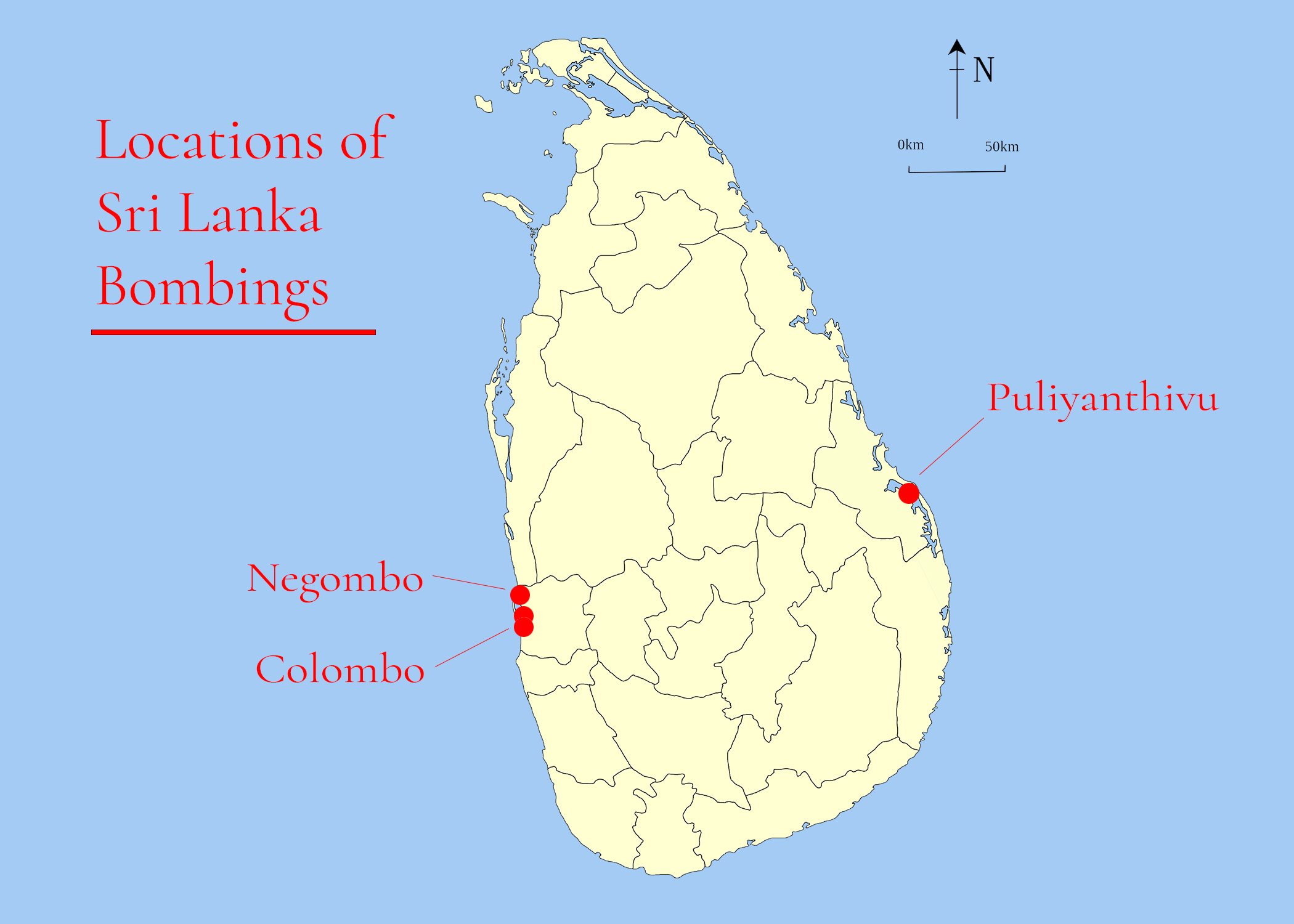 Hundreds of people died and more were injured in a devastating series of bombings on Easter Sunday in Sri Lanka, causing shock and an outpour of support throughout the world.

According to the Washington Post, at least 290 people were confirmed dead and 450 others injured after suicide bombers detonated explosive devices in churches and hotels in Colombo, Negombo and Batticaloa.

According to the Washington Post, the Sri Lankan government imposed a curfew and blocked access to social media platforms to minimize the risk of misinformation and conspiracy theories being spread about the disaster. While the national shutdown of social media platforms may aid in minimizing misinformation, it is considered troublesome for those who use the platforms to communicate with those outside the country.

According to the Washington Post, while no group has claimed responsibility for the bombings, Sri Lankan authorities accused the National Thowheed Jamaath, a local Islamist militant group, of being behind the attacks with suspected international assistance.

According to CNN, Sri Lanka’s National Security Council declared a state of emergency on Monday, April 22, and proclaimed Tuesday to be a national day of mourning.

CNN reported early Tuesday morning that approximately 40 people had been arrested in connection with bombings and that all those in custody are Sri Lankan.

According to Yahoo News, Pope Francis addressed the attacks across Sri Lanka on Easter Sunday in Vatican City in front of a crowd of 70,000.

“I wish to express my affectionate closeness to the Christian community, hit while it was gathered in prayer, and to all the victims of such cruel violence,” Pope Francis said.

According to CNN, Sri Lankan authorities investigating the bombings have found 87 detonators in a private terminal of the Central Bus Stand in the capital city of Colombo.

According to the Associated Press, John Amaratunga, Sri Lanka’s minister of tourism, said that 39 foreign tourists were killed in the attacks on Sunday.

According to the Washington Post, the Sri Lankan government made 13 arrests on Sunday pertaining to the attacks but has not identified the suspects.