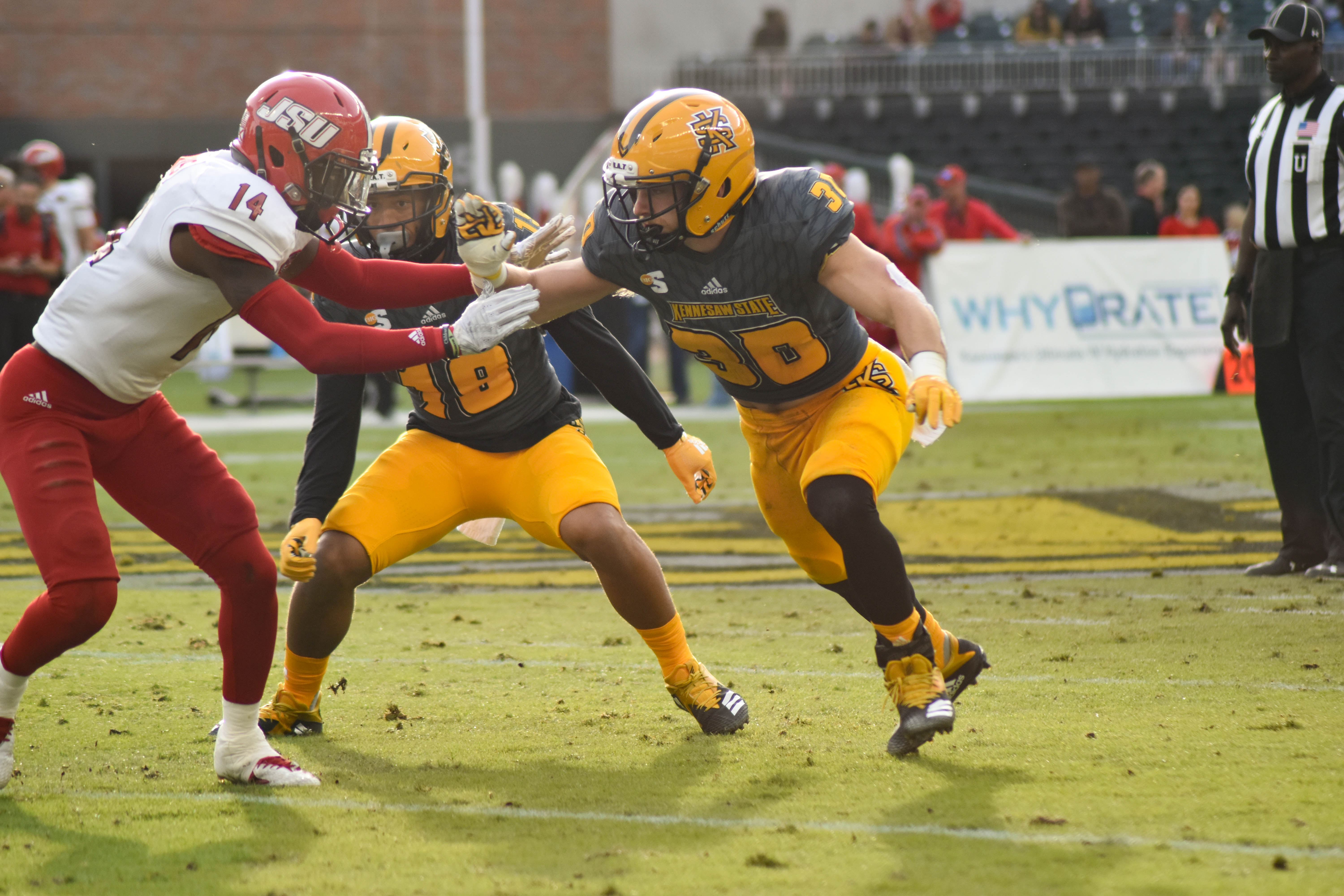 Amidst its conference championship-winning season, the Kennesaw State football team played in a 60-52 five-overtime victory against Jacksonville State at SunTrust Park on Saturday, Nov. 17, 2018.

After an exciting 2018-19 season for KSU Athletics, students voted this shootout as the best game in all sports this season.

Both teams had prepared for the first football game ever played at the home of the Atlanta Braves for over a year. Coming into the game, the Owls and Gamecocks were nationally ranked and playing for an FCS playoff spot.

With a raucous crowd of nearly 17,000 fans, the game had no shortage of entertainment and drama.

The Gamecocks caught fire early by scoring the first two touchdowns of the game. KSU scored 10 points in the second quarter to close the gap but went into halftime trailing for the first time all season.

It was a back-and-forth affair in the second half as the two teams used contrasting offensive styles to find success. While Jacksonville State quarterback Zerrick Cooper threw for over 417 yards, the Owls combined for 359 rushing yards.

Down by a touchdown, KSU scored with just over a minute left to even the score and send the game into overtime, where the intensity of the competition heightened.

The Owls opened overtime with a touchdown run on the second play, while Jacksonville State converted a fourth down on the way to a touchdown to tie the game.

Soon it became clear that neither side would give and the game eventually progressed to a fifth overtime.

With KSU leading 60-52 after another touchdown, the Gamecock’s offense finally fell to the pressure of the Owls. On third down, Cooper threw a pass towards the end zone that was intercepted by KSU linebacker Bryson Armstrong, ending the game long into the night.

“This was probably the most exciting football game I have ever been a part of in my coaching career,” head coach Brian Bohannon said. “Two really good football teams left every ounce of what they had on the grass tonight.”

Best of KSU: Waffle House, a home away from home