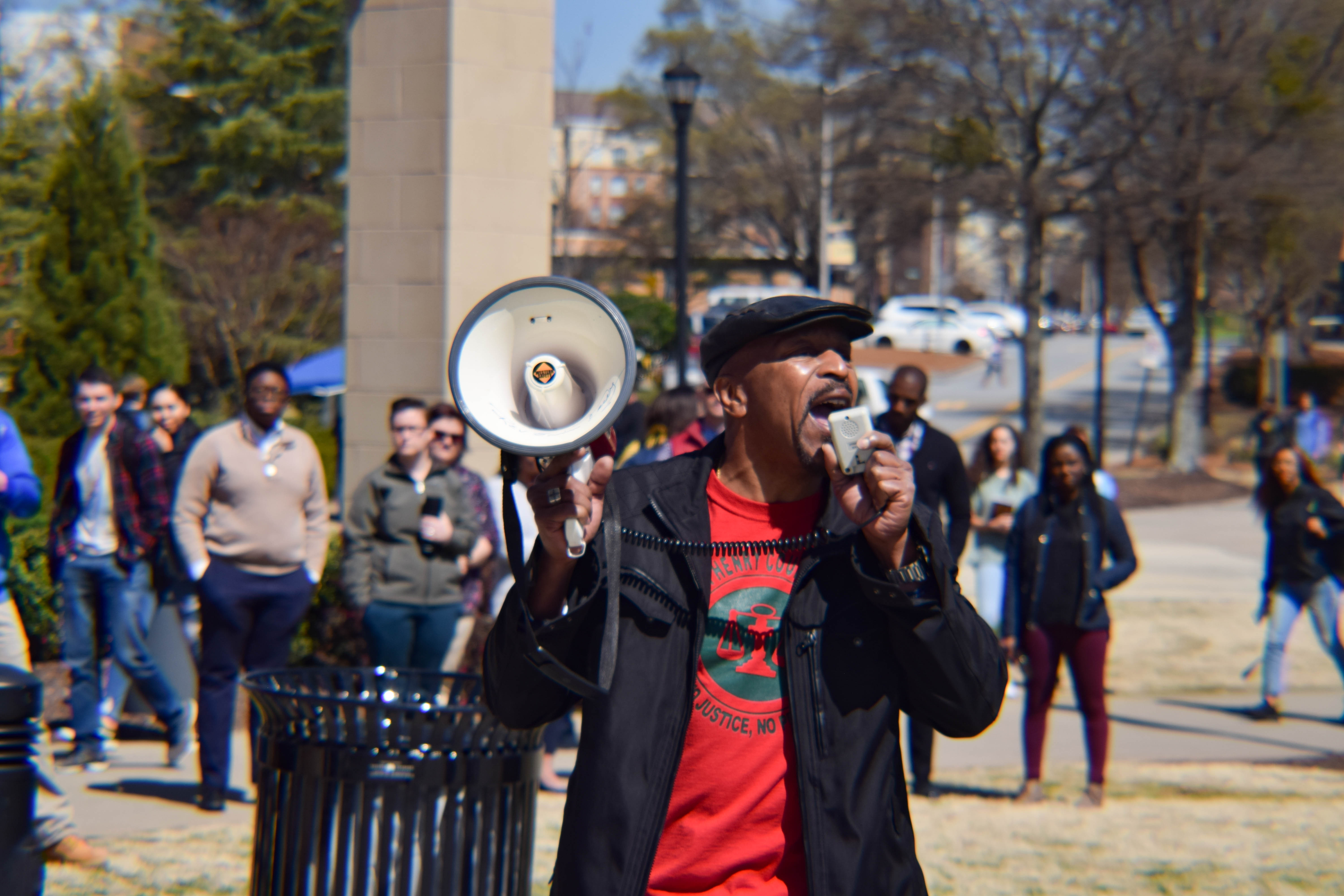 This article has been updated since its original publication.

Student organizers from KSUnited provided the Sentinel with notes they took during the meeting between the student representatives and Whitten. According to the notes, KSUnited leader and member of the Presidential Commission on Racial and Ethnic Diversity Alexa Vaca asked Whitten if she and the university could issue a statement to students to make clear that KSU would not tolerate racist behavior.

Whitten had not yet responded when Vice President and Chief Legal Affairs Officer Nwakaego Nkumeh answered that Whitten most likely would not be able to and would caution against the university doing so, according to the notes.

Before Whitten left the meeting, Vaca asked again about the university releasing a statement.

The notes pointed out that Whitten did not clearly answer Vaca and “Whitten and her colleagues left the meeting in a rushed way while we were asking her to commit to condemning racism.”

When asked about the goals of the meeting with Whitten, KSU alumni and KSUnited member Carlynn Sharpe-Ehui said they wanted to establish a long-term relationship with Whitten and address a promise made by former KSU President Daniel Papp that would create an anti-racist education center.

Other goals were to talk about the lack of transparency around the case of a black student who was the target of a racist screenshot and re-evaluate the way the student advocacy center on the Marietta campus works.

According to the notes, when told about KSUnited’s want to frequently meet and establish a relationship, Whitten said she could not commit to a time, but will continue to communicate with the group.

Whitten said that Provost and Vice President for Academic Affairs Kathy Schwaig would be in charge of hiring a more diverse staff. KSUnited wrote that Whitten also hopes to hire a new Chief Diversity Officer, and she encouraged the student activists to communicate with them as they would be important in meeting some of KSUnited’s demands.

After the meeting, Vaca pointed out that the idea of hiring more diverse staff came from a 2015 demand from KSUnited. Vaca also asked that Whitten commits to forming a task-force to create the anti-racist education center.

“I was livid, I was extremely upset. She wouldn’t agree to do any of [the goals],” Sharpe-Ehui said.

“[Whitten] keeps saying she’s discussing issues but refused to commit to our demands and refuses to publicly condemn racism, so this is all platitudes,” Vaca said.

Assistant Vice President of Communications Tammy Demel said that Whitten has repeatedly stated vocally and in written remarks that discrimination and racism will not be tolerated on campus.

“If you give a pass to racism and to any kind of hate rhetoric or slurs to any group of people, I as alumni will not give the school money,” KSU alumni Celida Ines Solis said.

Conflict Management major Kyle Brooks said that the Whitten administration needs to publicly address hate speech if they wish to be diverse, cross-cultural or accommodating.

A document sent to the Sentinel explains that the faculty senate plans to vote on a proposal to call on Whitten and Schwaig to implement some of KSUnited’s demands at its April 29 meeting.

“[Whitten’s] refusal to commit showed us that we’re going to need to continue fighting to get her to commit to these issues,” Vaca said.