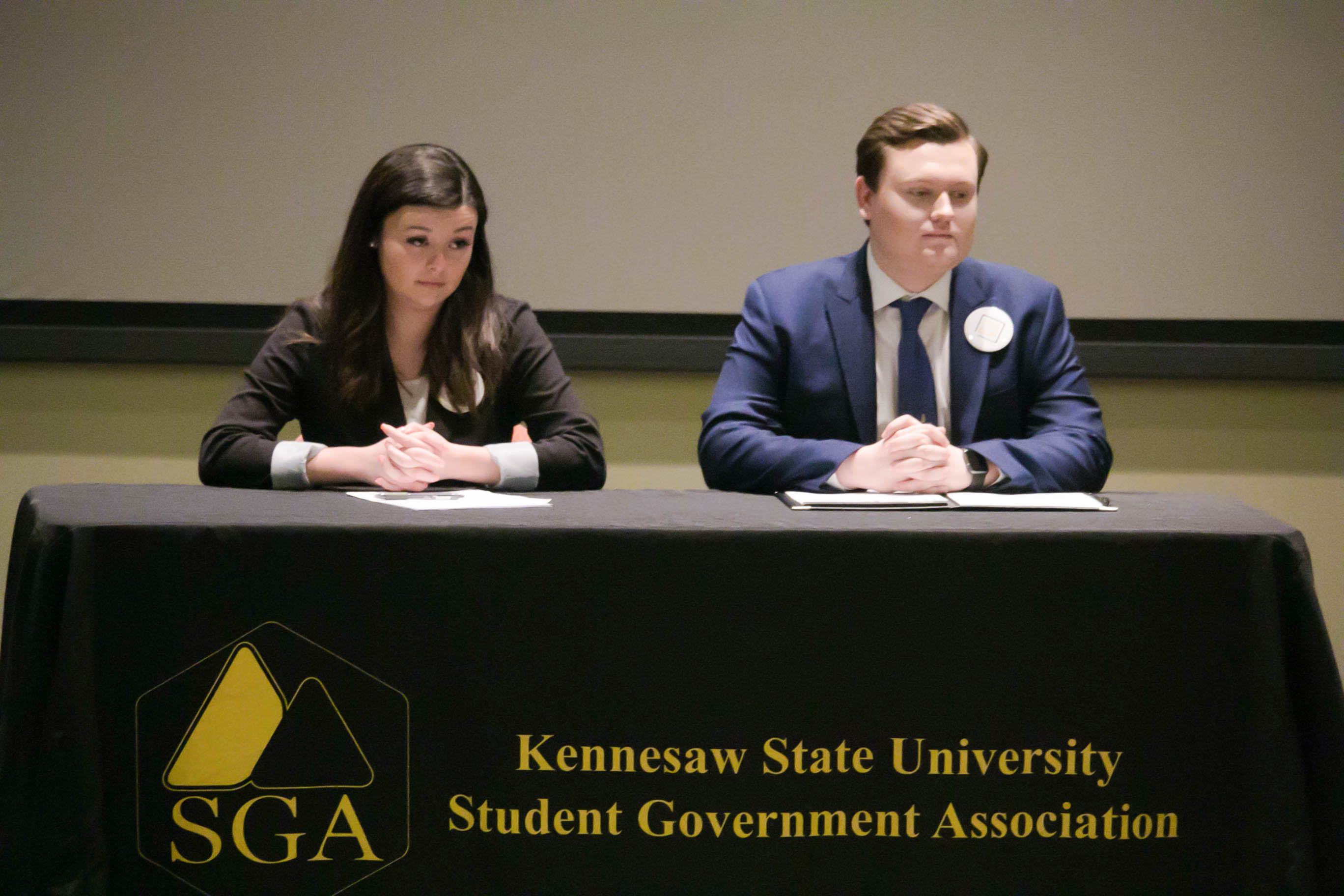 The rivaling candidates debated student issues civilly with much of the focus on the lack of communication between students and administration. Student safety matters were also a major focus with both candidates agreeing on the importance of students needing to feel secure and comfortable on campus.

Hunnicutt said that KSU needs more transparency so that students can be more aware of what is happening on campus.

Heath said he wants to make students more aware of their resources, such as the emergency buttons and the “Live Safe App.”

One of the other issues addressed during the debate was gun control.

Heath said that the right to own guns is a part of U.S. heritage but needs limitations, especially in regard to access in the classroom.

“We need to respect constitutional rights, however, we are responsible for gun owners on campus,” said Hunnicutt, who comes from a military family. “We have wonderful campus police officers.”

The disconnect between the Marietta and Kennesaw campuses was also discussed during the debate.

“If anyone feels left out, then we are not doing our job,” Hunnicutt said.

“The same resources need to be made available to both campuses,” Heath said.

On the issue of student involvement within the SGA, both candidates agreed on the need for more student interaction on campus.

Gagne said that more fun activities with more face-to-face interaction need to be held on the Campus Green alongside giving out free scantrons. Salam suggested sending out e-mail notifications of SGA activities to students.

Victoria Brock, the current SGA president, has also raised concerns about student interaction on campus with the SGA. She believes it is important, especially now while the university is in the midst of leadership changes, that students interact with the SGA and get involved in the upcoming election.

When talking about the ongoing issue of the administration placing its own priorities over those of students, Heath said, “It’s time to unlock the potential of every student at KSU.”

Hunnicutt said he is ready to fight for every student on both campuses and that he wants to be their voice.

“KSU has opportunities for everyone!” Hunnicutt said.

Students can vote starting next Monday, March 5 through March 12, on the SGA OwlLife page. Election results will be available on March 14.