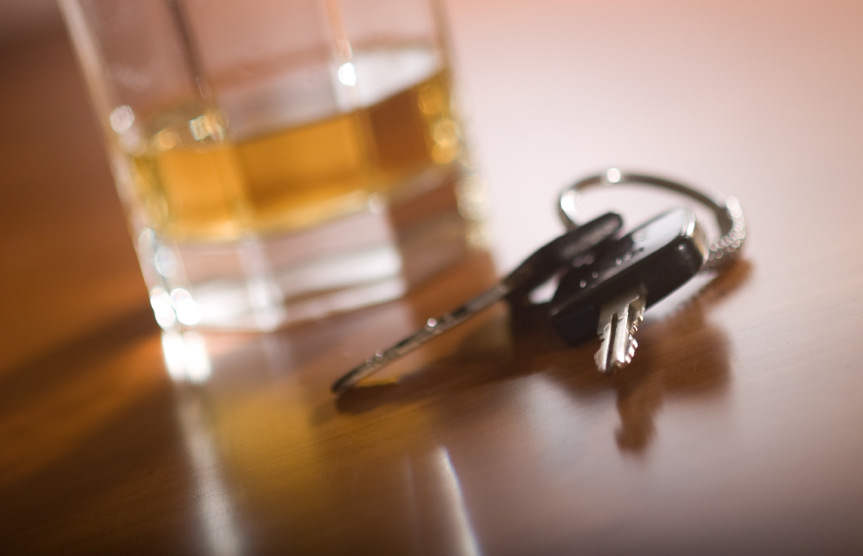 From a young age, we are shown scenes through various modes and media that college is just four years of friends, parties, and lots of alcohol. Especially among freshman and new students, alcohol may seem like the gateway to making friends and fitting in with a group.

We all remember seeing graphic pictures in our health education classes where instructors would compare the liver of someone who drinks and someone who does not drink. However, there are many side effects of drinking that often go unseen and unheard, which unfortunately can result in life taking a downward spiral. From lower grades, poor focus and judgment to health and psychological problems, risky behavior and ultimately even causing some college students to lose their lives – it’s all at the hands of alcohol.

I was made well aware of the consequences of alcohol when I was in high school; when many of the underage students would go to college parties on the weekends. I was not one of these students.

I could not let anything like drugs and alcohol get in my way to getting into college and making my way to medical school. However, I found myself at a breaking point when some of the people who went out and partied were my own friends who I had gone to school with for years.

How could they be exposing themselves to something that we have always been taught is bad for our well being? I had not tried alcohol before, so I was still curious why everyone turned to alcohol for a good time.

However, one weekend, good times turned to tragedy. Two boys who went to my high school never made it home from the weekend party. They were in a fatal car accident and lost their lives that night.

The next few weeks of school were toned down and also confusing; friends went to seek help after the loss. I did not know the boys, but my friends did. What if it had been one of my own friends or family members under the influence and behind the wheel?

It should not take a tragedy to be a wake-up call in order to make students aware of the consequences of unhealthy and unsafe drinking practices.

It has been a couple of years after this loss, and I was curious how my classmates are now doing when it comes to safer drinking, especially now that many of us are in college. How do we as KSU students compare with students around the country when it comes to fitting in with the college-alcohol culture?

Based on a survey conducted of students at KSU’s Kennesaw campus during spring 2014, 73.4 percent of the students have tried alcohol. ACHA-National College Health Assessment II is a national survey of college students and according to its survey from spring 2013, 78.7 of the survey participants had tried alcohol.

Kennesaw campus’s students were also surveyed for their last BAC (blood alcohol concentration), and the average was found to be a BAC of 0.05, right on the dot of the danger zone. A BAC over 0.05 can lead to the dangerous effects of alcohol. Compare KSU’s 0.05 average BAC with the national average of 0.07! I am proud to say that our students here at KSU are doing better than the national statistics. However, there is still some work to be done.

According to the survey of Kennesaw campus students, 27.4 percent of students reported drinking and driving within the last 30 days of when the survey was given. Compare that to 23.2 percent of college students drinking and driving at the national level. How many lives are being put at risk when someone decides to get behind the wheel after drinking?

According to the CDC, excessive drinking is the third leading cause of preventable death and is the cause of about 88,000 deaths per year. The key word: preventable. The Center for Health Promotion and Wellness advises “none for the road.” With football season now among us, we finally have our own football team and tailgating culture in the making; let’s start it off right with safer drinking and strive for zero drinking and driving.

There are many resources for students at both of KSU’s campuses. These resources include, but are not limited to the Center for Young Adult Addiction and Recovery, the AOD Coalition and of course the Center for Health Promotion and Wellness, which even sets up BAC tables at both campuses where Peer Health OWLs and volunteers hand out free BAC (blood alcohol concentration) cards. These cards are based on an individual’s sex and weight, allowing students to calculate their BAC according to the number of standard drinks they have had and the number of hours they have been drinking. This will allow students to calculate how many drinks will keep them from going over a BAC of 0.05 which would help pull them away from the dangers of alcohol, which include impaired decision making and judgment, difficulty walking, negative emotions, loss of consciousness and even death.

Students can also gain knowledge on how to practice safer alcohol consumption and who to contact if they do find themselves in an alcohol emergency or if they need transportation service that is offered to keep people from drinking and driving. The next scheduled BAC table setup for the Kennesaw campus is Nov. 17 from 12 p.m. to 2 p.m. They will also be set at Marietta campus on Sept. 24 and Oct. 22 from 11 a.m. to 1 p.m. Further information about BAC table events and other resources can be found on the website for the Center for Health Promotion and Wellness. These are free resources; there is no reason why students cannot take advantage of such opportunities that can change and save lives.

We also need to take responsibility not only for ourselves but for our friends and family. Simply being there for someone as a watchful eye or support can make a great difference in their life. I understand that not everyone drinks just to fit in. However, for those who do consider it as a gateway to finding a crowd in college, there are so many other options aside from alcohol. Join a sorority or fraternity that has the same values as you do. You can also go on Owl Life and look for other student organizations you are interested in. That way, you are being productive while finding the perfect fit crowd for you and your #squadgoals. You are in college on your path to success; dangers and distractions should not drag you back. Find your focus and go for it.

It is time to stand up to the college-alcohol culture. We are a generation of students who are aware of the consequences of unhealthy alcohol consumption practices; who are driven to lead healthy and safe lives not only for ourselves, but for those around us.