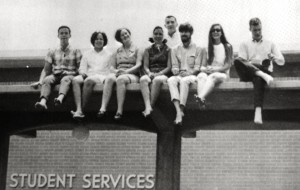 In 1963 Kennesaw Junior College was founded by the Georgia Board of Regents. Three years later KJC opened its new campus to 1,014 students, but even then the campus was still under construction and KJC shared the facilities of Banberry Elementary School and Southern Tech.

The matriculation fee in 1966-67 was $70 per quarter for full-time students and $6 per credit hour for part-time students. The day the college opened, there were only 37 faculty members on board. According to the annual Presidential Reports published during those first few years, one-third of the student body attended night classes, and men outnumbered women by a ratio of 2:1.

The first issue of the Kennesaw Junior College newspaper, The Sentinel, was published with the headline, “First Week Brings 1,000 Students” on Monday, October 3, 1966. The issue was produced by Southern Tech under Editor-in-Chief Robert McDearmid and faculty adviser Mary Swain (according to The Sentinel’s Campus Personalities section, Mrs. Swain was formerly a school principal as well as society editor for The Red & Black at the University of Georgia). The paper attempted to print three times quarterly and by February 1967 boasted a staff of 13. 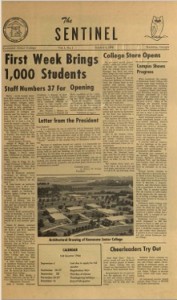 The KSU Student Media History Project is an ongoing program with interns researching the history of our publications. Results will be included here, so watch this space.

We are pleased to announce that KSU archives have successfully digitized the first 20 years of The Sentinel. You may search their collection here.

Join the conversation and keep up to date with The Sentinel Alumni Facebook page.

Recollections about my time with The Sentinel 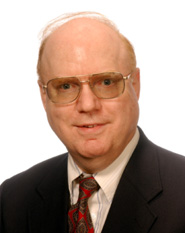 Note: Please remember that I am thinking back 16-20 years, so a few inaccuracies may slip in. I apologize in advance for any errors.

I arrived at what was then Kennesaw State College in the summer of 1986, fresh from completing everything but the final touches on my dissertation at the University of Tennessee in Knoxville. Being coordinator of student publications was a challenge that I welcomed. I had previously advised the yearbook at Southeast Missouri State University while teaching journalism there, but this was my first time working full-time with student publications, overseeing a college newspaper, yearbook, and magazine.

David Cruze was the editor when I was hired, but he left that position soon after I arrived. He and I attended a workshop to glean ideas that would help with The Sentinel, but I think he resigned before any issues were published in the fall of 1986. Kim Kline was the first editor with whom I worked with regularly. Others were Jennifer Carlile, Amy Allison, Cynthia Ryals, and Lee Allen Zaruba.

Dr. Toby Hopper was dean of students (if I remember her title correctly) at the time. Dr. Paul Benson replaced her and was dean when I left.

Establishing a publication schedule
One of the first questions I asked about The Sentinel was how often it was published. “Whenever we get enough material” was the response. I knew then that an immediate priority had to be establishing a regular schedule for publication so that readers and advertisers would know when to expect issues to be published.

During my first year, we published every other week. In 1987 we switched to weekly publication.

Converting to desktop publication
In 1990 camera-ready material for The Sentinel was prepared using a phototypesetting process. Two machines that sat in the corner of my office were involved.

The more complicated one was a computerized typesetting machine that used two 5 1/4 inch floppy disks (no hard drive). One floppy disk held the code that programmed the machine at startup; the other held the files for the stories, ad copy, etc. to be typeset for the newspaper.

Only four fonts were available at one time. Each font consisted of a glass plate in a negative format (clear letters on a black background). The output went on a roll of photosensitive paper, like the paper used to make prints in a darkroom except that it came in a roll rather than in sheets.

Operating the machine required training because the operator had to type in specific codes to change size or font and create variations such as bold or italicized letters. I learned enough to operate the typesetter in a pinch and to train student workers to use it.

The other part of the typesetting equation was developing the latent image contained on the roll of paper. That required transferring the container that held the output paper to the other machine, a stabilization processor.

The stabilization processor held two chemicals, a developer that brought out the image on the paper and a stabilizer that stopped development so that the paper would not be exposed by ambient light. Although rollers removed much of the liquid as the paper came out of the processor, it was still damp. On busy days we had strips of paper lying around my office and the newspaper office while they dried.

As I worked with this process, I remembered having seen a demonstration of desktop publishing while I was in graduate school. From that experience, I knew that a Macintosh computer and a laser printer would provide a much better typesetting system than the current one.

After monitoring costs of paper and chemicals for several months, I calculated that if The Sentinel would buy a Macintosh and laser printer we would save enough on supplies in the first year to cover the cost of the equipment. The committee that allocated funds from student fees agreed with the proposal, and The Sentinel converted to desktop publishing using a Macintosh, an Apple LaserWriter printer, and PageMaker software.

Increased availability of ad revenue
One of the things that concerned me about The Sentinel when I arrived at Kennesaw was the small number of ads that it contained. I was told, “There’s no incentive to sell ads because any revenue from ads goes into the college’s general account. The newspaper doesn’t benefit from ad sales.”

I didn’t understand why a situation like that would exist, so I talked to someone in the business office about it. He was very helpful and explained that ad revenue initially went into the general fund, but that at any time I could request a transfer of advertising monies from the general fund to an account specifically for The Sentinel.

From that point on I regularly did the paperwork to transfer money from ad sales, which provided a useful supplement to the student fee funds that the newspaper received.

Establishment of Student Publications Board
Soon after I arrived at Kennesaw, Dr. Hopper asked me to draft a proposal for a committee to oversee student publications. I was already familiar with the concept of a student publications board, and I came up with suggestions after reviewing documents from several colleges and universities that had similar boards.

I don’t remember the exact composition of the first board, but it included the editors of the three student publications, the head of the college’s public relations office, and a professional journalist (a reporter from the Atlanta Journal-Constitution). I think we had a representative from the journalism faculty, too, but I’m not sure.

The board’s main function was to appoint editors for the publications. It was also available to advise the editors on policy matters when necessary and to consider complaints against the publications should they arise.

Improvement in Quality
When I began working at Kennesaw, many people were concerned about the quality of the newspaper. At times envelopes from anonymous sources arrived in campus mail to bring copies of the latest issue laden with red ink that marked errors in grammar and other areas.

Fortunately, some concerned, talented students began to take an interest in The Sentinel, and the quality began to improve. They worked hard and produced a newspaper of which the college could be proud. If I remember correctly, The Sentinel won either a Medalist or a First Place rating from Columbia Scholastic Press Association shortly before I left.

This improvement was the highlight of which I was, and still am, proudest. The students produced fine examples of collegiate journalism.

We are pleased to announce that KSU archives have successfully digitized the first 20 years of The Sentinel. You may search their collection here.