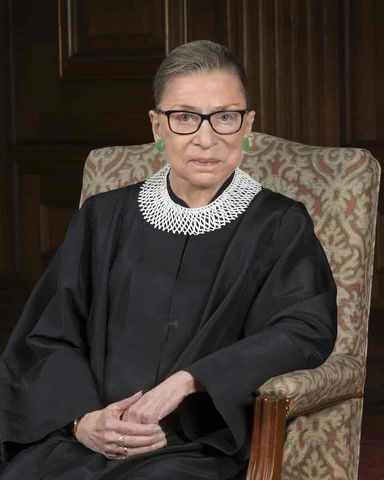 On September 18, U.S. Supreme Court Justice Ruth Bader Ginsberg unfortunately passed away after complications with metastatic cancer of the pancreas, according to NPR. Ginsberg, a feminist icon and champion for women’s rights, was the second woman ever appointed to the Supreme Court. President Donald Trump and Senate Republicans are pushing for the confirmation of her replacement this year — which goes against the precedent put in place by Senate Republicans in 2016, as well as Ginsberg’s last dying wish.

In 2016 — an election year — President Barack Obama attempted to appoint a justice to the Supreme Court after the death of Antonin Scalia. At the time, Senate Majority Leader Mitch McConnell, backed by the Republican majority Senate, stated that “any appointment by the sitting president [is] null and void,” according to NPR. This action set the precedent that a sitting president could not make a Supreme Court appointment during an election year.

On the day of Ginsberg’s passing, McConnell released a statement saying, “President Trump’s [Supreme Court] nominee will receive a vote on the floor of the United States Senate,” according to his Senate Majority Leader website.

In essence, McConnell is arguing that because there is a Republican president and a Republican majority Senate, Trump’s Supreme Court nomination will be representative of the American people and their wants and needs. Thus, though it is an election year, the 2016 precedent does not apply, as the current president is not of the opposing party to the Senate majority.

However, in 2016 at a senate hearing regarding Obama’s attempted Supreme Court appointment, Graham stated, “I want you to use my words against me. If there is a Republican president in 2016 and a vacancy occurs in the last year of the first term, you can say, ‘Lindsey Graham said let’s let the next president … make that nomination,'” according to a video of Graham posted on The Hill. Graham’s — and the Republican Senate’s — hypocrisy is evident.

Perhaps the most compelling argument to delay the Supreme Court appointment, though, is the fact that Ginsberg’s last dying wish was for her replacement not to be appointed until after the election. “My most fervent wish is that I will not be replaced until a new president is installed,” Ginsberg dictated to her granddaughter in the final days of her life, according to the Times of Israel. “The rest of my work is a matter of public record.”

Supreme Court Justice Ruth Bader Ginsberg served 27 years in the U.S. Supreme Court and dedicated her life to her belief in the fundamental institutions of American governance. “For her, keeping politics out of the Supreme Court was a very important thing,” Ginsberg’s granddaughter, Clara Spera, stated in an interview with BBC Newshour. And yet, the nature of Ginsberg’s replacement has become political in nature, going against the very foundation of her career as a Supreme Court Justice.

Regardless of anyone’s opinion of Ginsberg’s decisions while on the Supreme Court, Trump and the Republican Senate should not appoint and confirm her replacement this year. Not only would this decision go directly against the precedent in place, but it would also be an insult to Ginsberg and her lifelong commitment to the American people and the American government.

Sep 8th, 202081
A lack of available information and education often leads to many people in the United States thinking of...
Opinion

Sep 8th, 202064
College students have experienced an escalated amount of loneliness, stress, anxiety, and depression during...