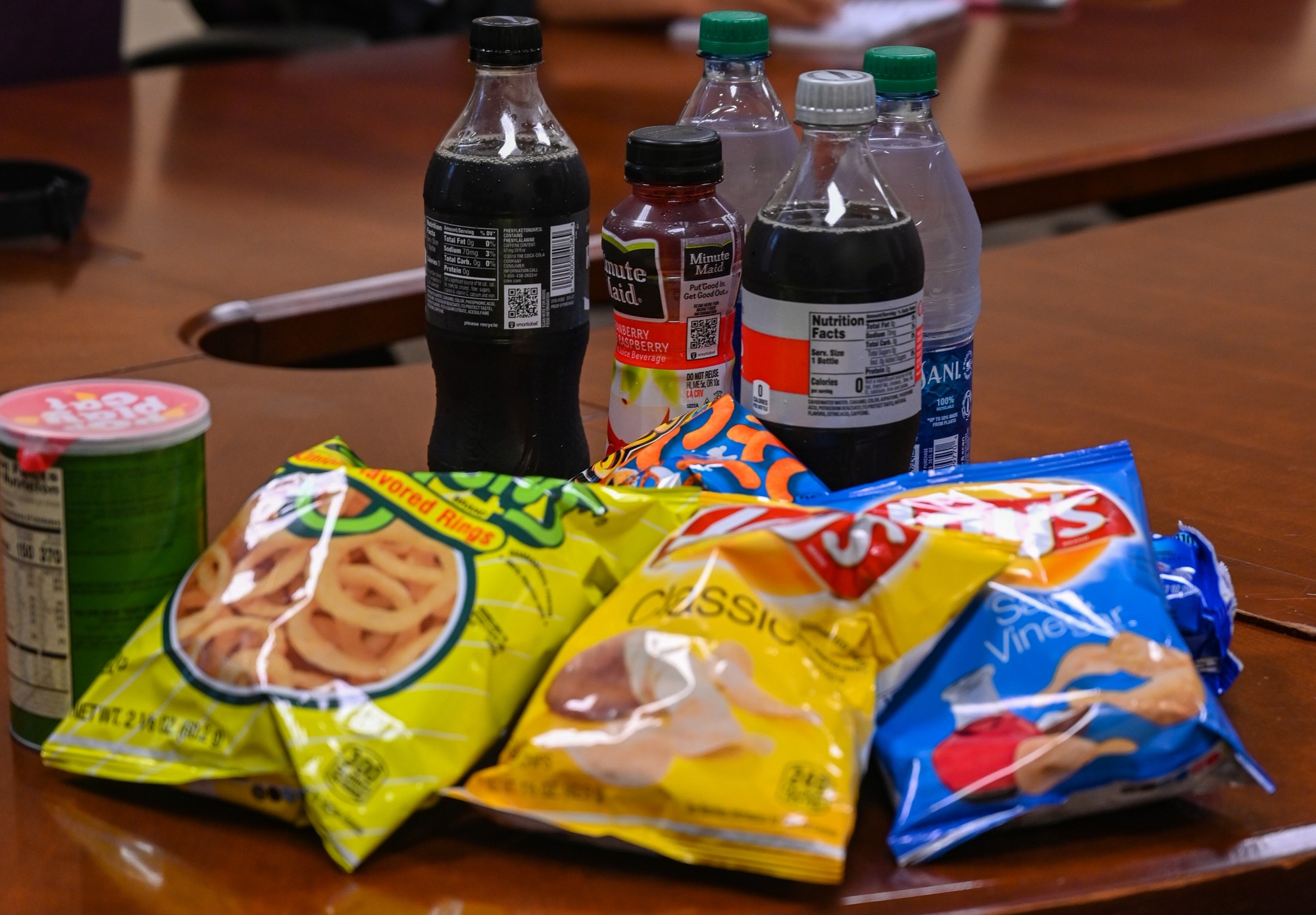 Learning how to eat properly is an easy first step. The best place to start involves very little actual change in one’s diet. Without changing the food brought home or the times of meals, students can slow down when eating.

Eating when performed as a mindless act can result in overeating. The brain can take up to 20 minutes to receive fullness signals from the stomach, according to Healthline. Slowing down can give one’s brain time to receive the signals and can also help students appreciate food more. Eating slowly allows students to notice food’s color, texture and smell rather than just eating something for fuel that tastes palatable.

It is also important to look at what foods are being consumed. Small choices like baking food instead of frying food can make a big difference in student health. Frying, which usually involves high volumes of fat or flour, greatly increases both the transfats and calories of food, according to The Joint. Baking allows foods to be consumed without the calories and transfats of frying.

Similarly, the types of food students eat can make a difference in their health. Whole grains, such as those used for whole-wheat bread, are healthier than refined and enriched grains which are used in white bread. The use of whole grains in a product means it will have more nutrients than the enriched counterparts which lose nutrients in the enrichment process, according to the Mayo Clinic.

Something extremely important and often left out of nutrition conversations is brain function. With finals around the corner, it is important to know that a student’s diet is helping improve their brain function. Certain foods provide a high volume of important nutrients like omega-3 fatty acids, B vitamins and antioxidants.

Leafy green vegetables, fatty fish and berries have been linked to such nutrients that improve brain health, which can translate to better brain function, according to Harvard Health Publishing. Eating foods that support brain health would give students confidence that their mental capacity is ready for exams and that these foods have also been associated with heart health and blood vessel health.

“I think healthy habits are important for students,” freshman mechanical engineering major Jaylon Hancock said. “It helps me function a lot better, and I’d be willing to plan ahead so that I can eat healthier in the future.”

The belief that healthy eating is more expensive than fast food and unhealthy alternatives is pervasive but is really only a myth. Students can buy unprocessed groceries for less than they can buy processed counterparts and still eat well from home.

It takes some research, but with planning and the use of cheaper proteins like beans, legumes and canned fish, students can keep costs down by cooking at home and eating in, according to Forbes.

Sep 8th, 202081
A lack of available information and education often leads to many people in the United States thinking of...
Opinion

Sep 8th, 202064
College students have experienced an escalated amount of loneliness, stress, anxiety, and depression during...