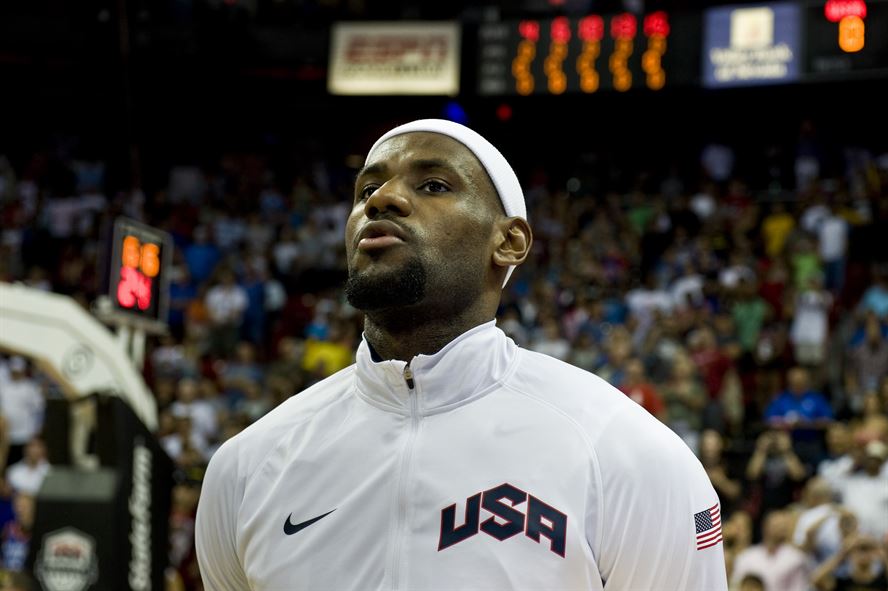 After recovering from his groin injury, LeBron James returned to the game nearly averaging a triple-double in every game. Photo credit: Photo Courtesy of Airman 1st Class Daniel Hughes

Before the pandemic suspended all sports seasons indefinitely, the NBA was in the middle of an eventful and competitive race for the Most Valuable Player Award. Los Angeles Lakers forward LeBron James deserves to be the 2019-20 MVP after dominating the league at the age of 35.

James was getting his groove back after suffering a groin injury last season that sidelined him for five weeks. As this season began, many questioned if James could return to being such a dynamic superstar in his 17th year.

“King James” returned from the injury and arguably had the best season of his career, nearly averaging a triple-double with 26.7 points, 10.6 assists and 7.8 rebounds per game, according to ESPN.

This year, the veteran forward reinvented his game and became the NBA’s best facilitator. While he is not a point guard, James averaged a career-high 10.6 assists per game in 2019-20, leading the league in assists for the first time in his career, according to NBA.com.

Some argue that Milwaukee Bucks forward Giannis Antetokounmpo deserves the MVP over James. After the season was paused abruptly due to the pandemic, this became a hard decision to make, especially since the players’ statistics were comparable, according to ESPN.

The Bucks led the Eastern Conference while Antetokounmpo has been a very impressive player, despite having been in the league for only seven seasons. He deservingly received the MVP award last year, but James was not a contender due to the groin injury.

While there are many valid points to support Antetokounmpo, the context surrounding James’ performance makes him the better candidate.

In any professional sport, it is easy to say that the younger players have more speed and agility than those who have been playing for a while. Generally, NBA players are past their athletic primes at 30 years old.

At the age of 35, James has defied his age and his critics by averaging some of the best totals of his career. James also led the Lakers to the second-best record in the NBA and the best in the Western Conference, according to ESPN.

When looking at league standings, it is obvious that the Western Conference has more competitive teams than the Eastern Conference. James played against better competition than Antetokounmpo, yet still averaged similar numbers.

Back when James played in the Eastern conference, he received a lot of criticism from fans and journalists. He was called a traitor and many other names when he jumped back-and-forth between playing for the Cleveland Cavaliers and the Miami Heat.

James continued to receive criticism when he joined the Lakers in 2018. Since then, he has continued to prove that no matter what team he plays for or what conference he plays in, James is the “King.”