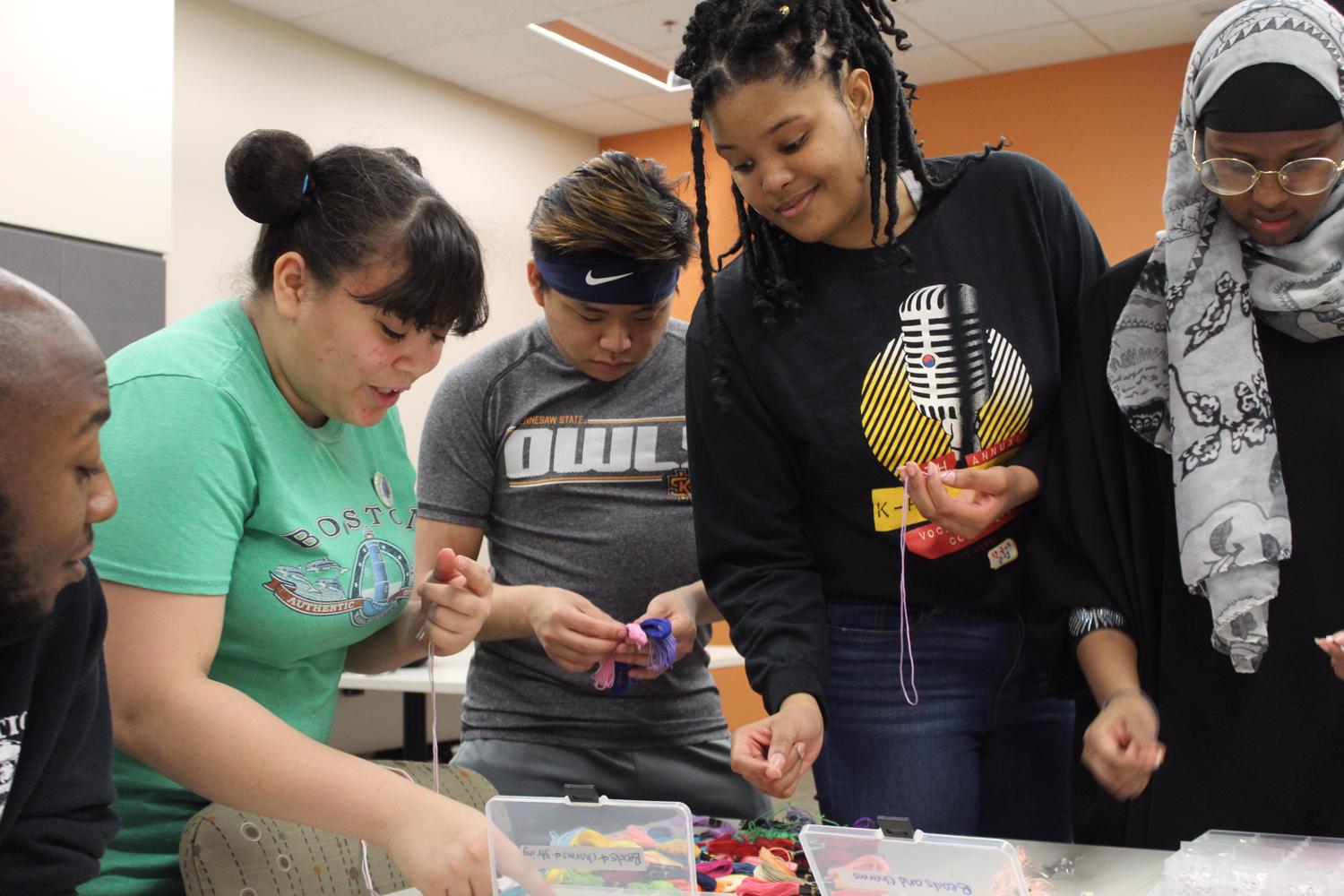 The Asian Studies Association at Kennesaw State, headed by president and senior psychology major Emma Vosika, serves to educate students of every background on the different cultures of Asia and create a healthy environment to do so.

Founded in November 2019, the club most recently celebrated White Day, which is the opposite of Valentine’s Day, Vosika said. While women give men gifts on February 14, men reciprocate these gifts exactly one month after on March 14. Earlier last month, club members and attendees alike created bracelets together, paying homage to White Day traditions.

“White Day is only celebrated in Asian countries, so it is important for us to spread the knowledge and greatness of this holiday,” Vosika said. “A gift that is normally given on White Day is jewelry, and that is why we celebrated by making bracelets as a club.”

These events are open to everybody as it is not required to be Asian to participate. This attitude is reflective of the club’s core values, which Vosika described as inclusion, knowledge and compassion.

“We are here to spread knowledge on Asian culture to people from every background,” Vosika said. “We truly want people to come together because of their interest in Asia.”

The club’s events aim to create a safe and healthy environment to learn about Asian culture, and members are expected to be open-minded to new ideas and experiences, Vosika said. The ASA has hosted other events to highlight different facets of Asian cultures, such as Anime night, World of Football and Taste of Asia, which allowed attendees to sample foods from East and Southeast Asia.

“Asian Studies Association prides ourselves on our diversity and inclusion,” Vosika said. “Our goal is to spread knowledge on Asian culture, so our members must be willing to learn about a different culture and be able to respect it.”

Vosika said that members walk away with the fulfillment of learning about a culture that interests them and understanding the beauty within it.

While the club has garnered the following of some curious and adventurous members, it still has difficulties. Vosika noted that ASA is still a new club and is working on getting its brand into circulation among students. It also struggles to attract people from different backgrounds.

“The biggest challenge is having college students understand that our club is open to all students not just students of Asian descent,” Vosika said. “Our goal is to promote Asian culture to students of every background.”

Vosika said the club has several plans to boost its outreach and further its mission. In light of the recent health scare, the Asian Studies Association is going to be using Instagram TV to reach others through fun, interactive videos.

“During this difficult time, we hope to bring some joy to our member’s lives,” Vosika said. “These IGTV’s will include a day in the life of E-Board, follow along crafts, and more.”