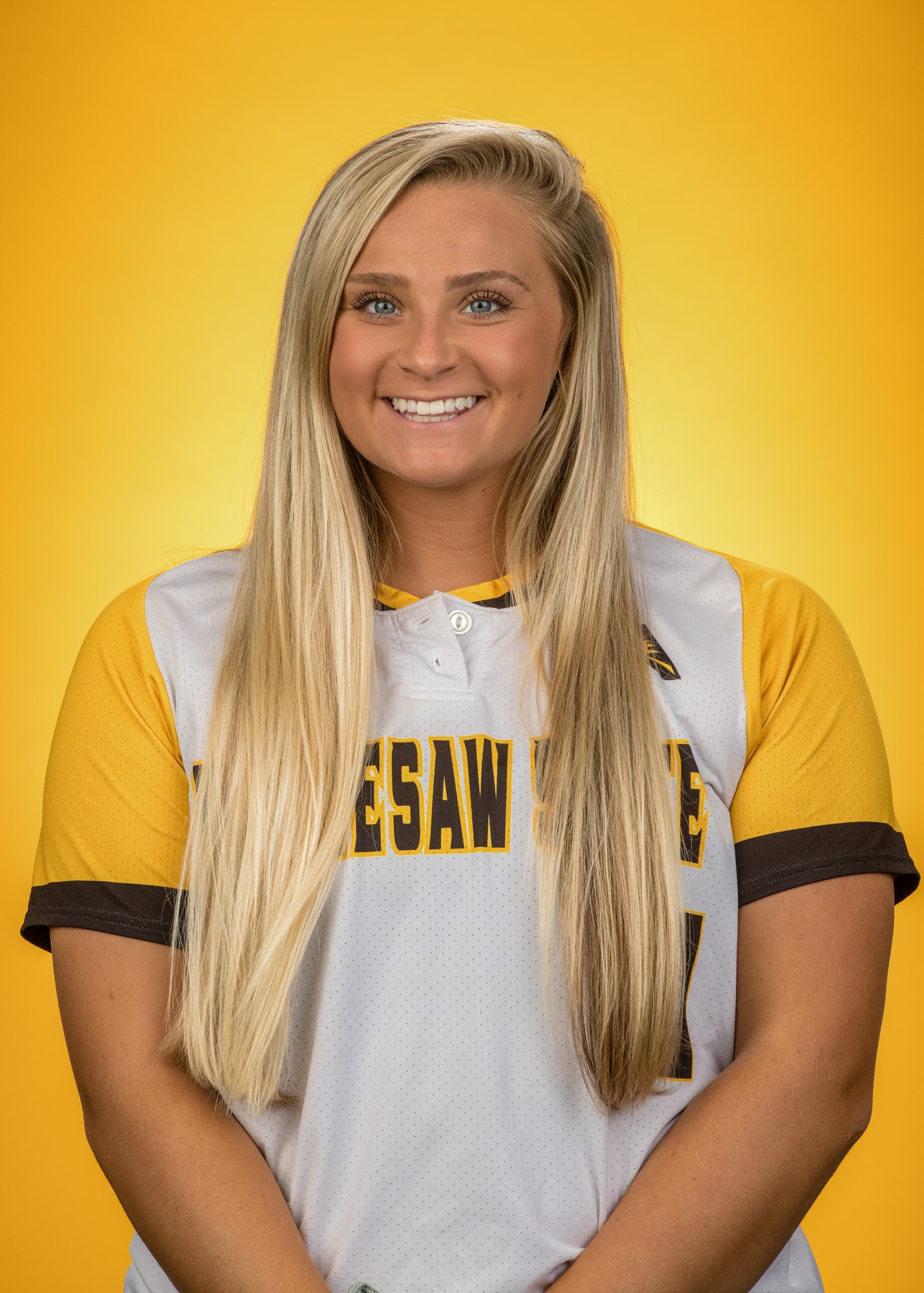 Junior catcher Lexi Solorzano has been a reliable offensive threat for the Kennesaw State softball team since her freshman season in 2018. In addition to hitting over a .300 batting average in each of her three seasons thus far, she has led the team in home runs the past two seasons.

Solorzano started playing softball at the age of seven. Growing up, she played basketball and spent time practicing gymnastics, but ultimately fell in love with softball.

“I just wanted to be part of a team,” Solorzano said. “Gymnastics was just kind of an individual thing, and I didn’t really like basketball as much compared to softball.”

She even competed at the high school junior varsity level while she was in eighth grade.

“It was intimidating at first,” Solorzano said. “[My teammates] were all very welcoming and I just loved playing. It really didn’t matter where I got to play, I just wanted to play up [a level].”

Solorzano attended Woodstock High School, where she made the varsity team in her freshman year. She started almost every game during her four-year career, playing both catcher and third base.

Solorzano’s offensive performance was a driving factor in the Owls’ 21-4 overall record in 2020. As a junior, she led the team with four home runs and 22 RBI. Solorzano contributed on the defensive end as well, playing both catcher and third base for the Owls.

The junior catcher boasts a long list of accolades on the field and in the classroom. Since enrolling at KSU, Solorzano has been named an NFCA All-American Scholar Athlete, First Team All-Atlantic Sun Conference and made the ASUN Conference Academic Honor Roll, according to KSU Athletics.

Off the field, Solorzano enjoys shopping and spending time with her friends. Despite her longstanding dedication to softball, she makes sure to set aside some time to enjoy other things.

Solorzano is a movie fanatic with some of her favorite films including “Dumb and Dumber,” “The Heat” and “Bridesmaids.” She also enjoys watching television series on Netflix, like “Gossip Girl” and “You.”

Solorzano also has a great love for music in addition to film.

“I saw ‘Bohemian Rhapsody’ recently and I did not expect it to be good, but it was,” Solorzano said. “So, I have been listening to Queen now, but my pride and joy will always be Justin Timberlake.”

As a junior at KSU with a major in marketing, Solorzano is working towards her degree from the Coles College of Business. She says she has a keen interest in the psychological aspect of marketing, as well as how consumers react to products on the market.

Solorzano will look to continue her on-field success and complete her business degree as a senior in 2021.