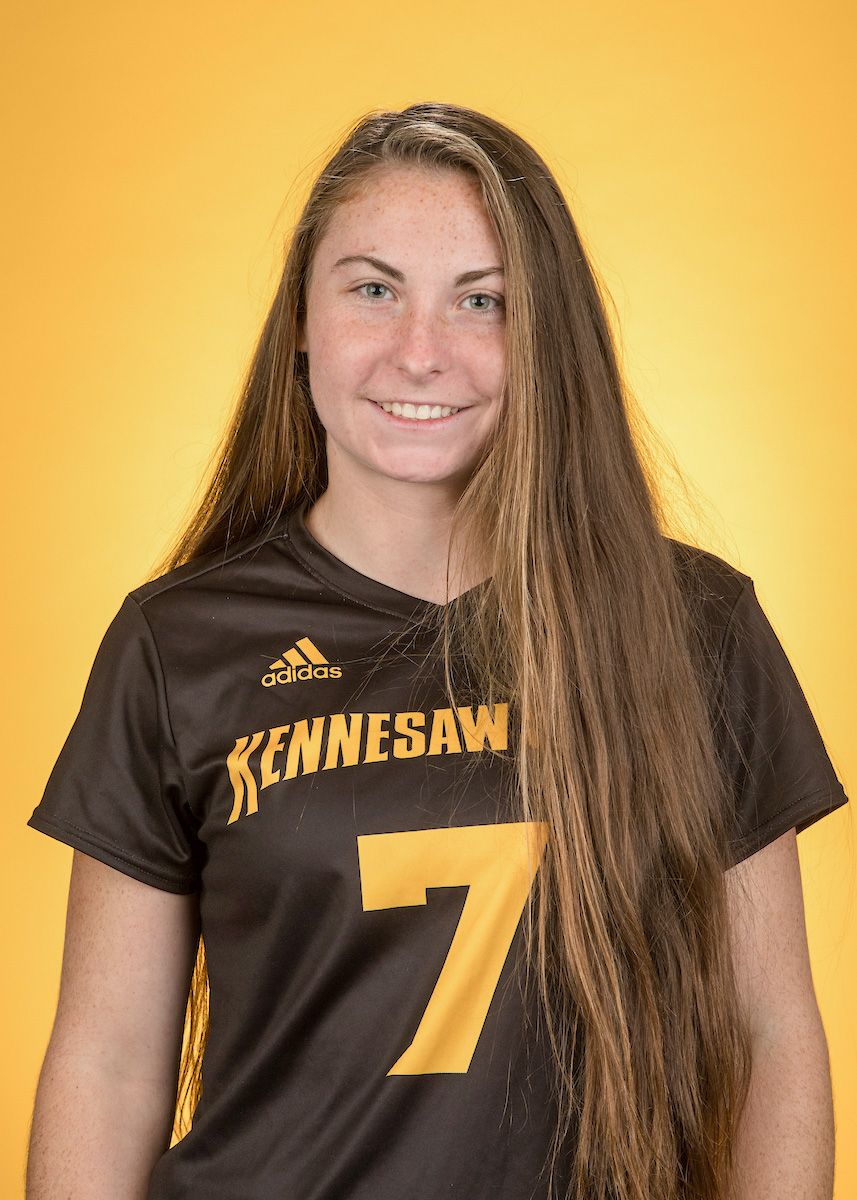 Junior midfielder Siena Gore has been a dynamic offensive player for the Kennesaw State women’s lacrosse team since her freshman season in 2018. Now a junior, she has continued to be a dominant force so far this season.

Siena Gore attended Chattahoochee High School in her hometown of Alpharetta, where she excelled as a student-athlete. She was a four-year varsity starter on the school’s basketball and lacrosse teams.

Siena Gore was raised with her twin sister Marissa Gore, who also plays for the KSU women’s lacrosse team.

“My sister and I have always been very close,” Siena Gore said. “We do everything together. We’ve been on the same sports teams since we were five years old. [We] were in the same classes in school until we started college.”

At the same time, she represented Georgia on the United States National Lacrosse Team team for three years, according to KSU Athletics.

“It was really hard juggling school and sports, but I just planned and made a schedule for myself,” Siena Gore said. “It’s what I do now. It’s not easy being an engineering major and playing Division I-level lacrosse, so high school really helped me prepare for what I’m doing now.”

Although she enjoyed playing basketball, Siena Gore left her playing days behind when she signed to play lacrosse for KSU.

“I definitely miss playing basketball sometimes, but I love lacrosse so much more,” Siena Gore said. “It’s such a unique sport and I’m so lucky to have the opportunity to play here.”

She hit the ground running in her freshman year for the Owls, earning First Team All-Atlantic Conference honors, All-Freshman honors and was unanimously named Freshman of the Year by the Atlantic Sun Conference.

As a sophomore, Siena Gore was ranked 12th in the nation with 68 total goals. She was named the ASUN Player of the Year, earned another First Team All-Conference honor and made the conference All-Academic Team.

Now in her junior year with the Owls, Siena Gore has remained one of the best offensive players in all of Division I. Through six games, she leads the team and the ASUN with 24 goals from 44 total shots.

Siena Gore has greatly enjoyed her time at KSU and cherishes the relationships she has made within the lacrosse team.

“I love [my teammates],” Siena Gore said. “They’ve been really supportive of me since freshman year, and they make me better.”

Off the field, the junior is working towards her degree as an industrial engineering major.

Siena Gore has high hopes for this season and prepared to continue to dominate with her teammates by her side. Holding a season record of 3-3, the team will look to improve as it begins ASUN conference play for the season.

“I’m really excited for all of our conference games,” Siena Gore said. “I feel like this is best start we have had and I think we are definitely ready to win a conference championship.”