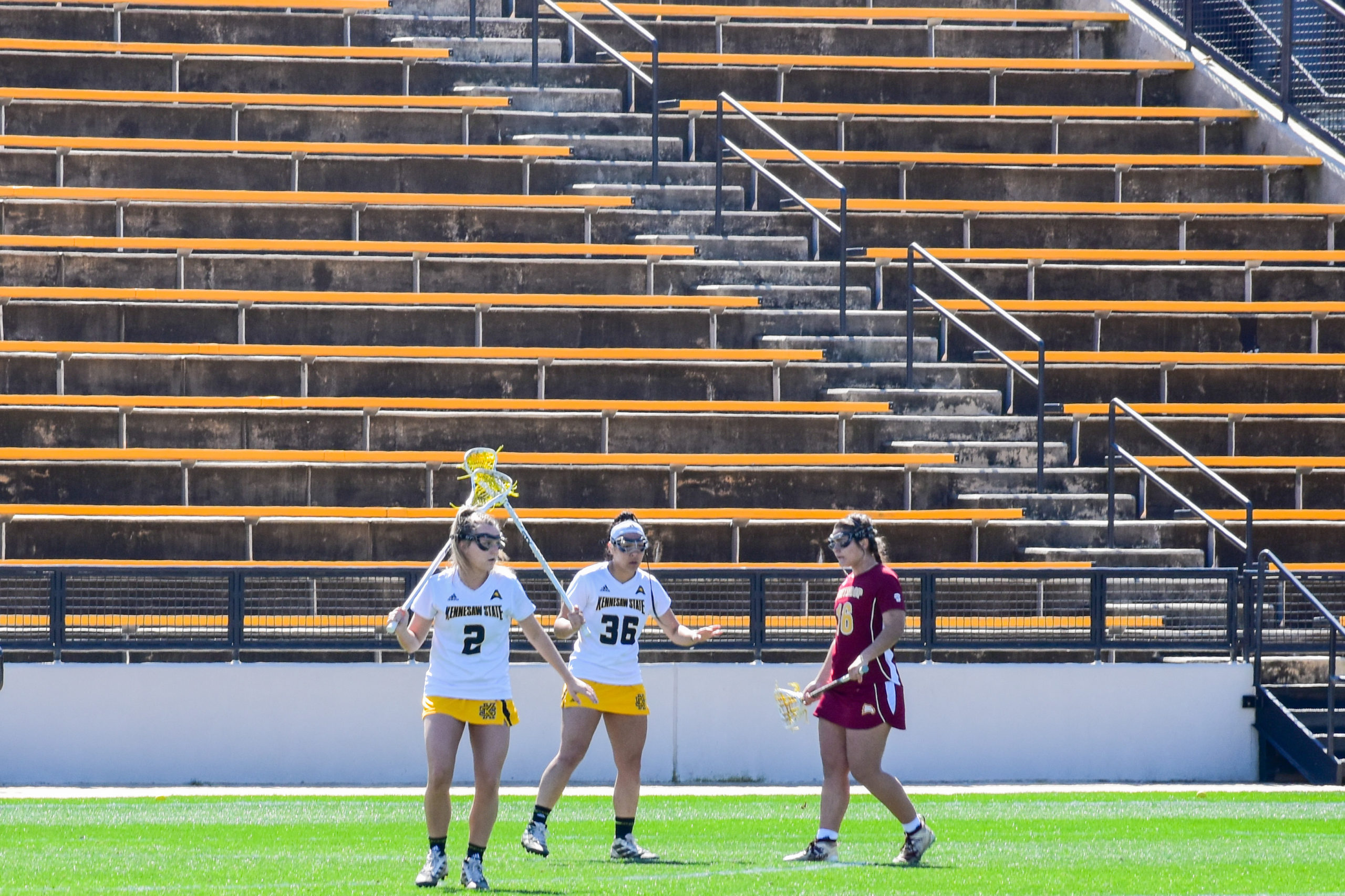 After splitting the week’s two games, the Owls moved to a record of 3-3 overall.

On Wednesday, KSU fell 13-10 to the Mercer Bears amid heavy rainfall. The Bears came out fast early in the game, taking a 5-1 lead over the Owls in the first 10 minutes.

The Owls had multiple scoring chances in the first 10 minutes but the team could not find the net. Realizing this, KSU switched up its offensive strategy in search of a solution.

“In the first few minutes, we were shooting high a lot,” head coach Laura Maness said after the game. “So, we actually changed and started shooting low shots.”

Once the adjustments were made, KSU’s offense found its rhythm. Trailing 7-3 in the with seven minutes left on the first, the Owls went on a four-goal run to tie the game at 7-7 before halftime.

“We made three in a row when we adjusted where we were shooting,” Maness said. “We were getting the shots we wanted, we just weren’t putting them where we wanted.”

The second half did not go as well for the Owls’ offense. After a hard-fought first half, both teams struggled to find the net to begin the second half.

“I think at halftime, there was a lot of adrenaline in the locker room,” Maness said. “Our girls were very motivated, so I think we were ready to go in the second half.”

The game ultimately came down to the wire, as the score was tied 10-10 with just under eight minutes remaining. Mercer took control down the stretch, netting three goals in the last five minutes to win the game 13-10.

KSU had the edge over the Bears statistically, with a higher total of shots and fewer turnovers. Mercer had the advantage with 14 draw controls compared to the Owls’ 11.

After the loss, the team immediately turned its attention towards getting ready for the next game against Winthrop.

“I think right now, we have a good thing going,” Maness said. “We’re going to look to bounce back and just take it to Winthrop.”

KSU took an early lead on Saturday, going up 3-0 in the first few minutes of the game. Winthrop sparked a comeback in the first half, but a one-goal deficit was the closest the team came.

The Owls regained a strong lead, going into halftime up 7-3. In the second half, KSU never let the Eagles back into the game. Squires and Siena Gore led the team with four goals each against Winthrop.

After both teams scored an equal six goals in the second half, the Owls took a 13-9 victory.

Junior midfielder Marissa Gore and Palermo both contributed two goals in the win, while Bertolani and senior attacker Emily Napierala each added one goal.

KSU completed more shots on goal than Winthrop and had 15 draw controls compared to Winthrop’s eight.

Coming off the win, the Owls will host the University of Vermont on Wednesday, March 11, before playing its first road game of the season against Jacksonville University on Friday, March 13.