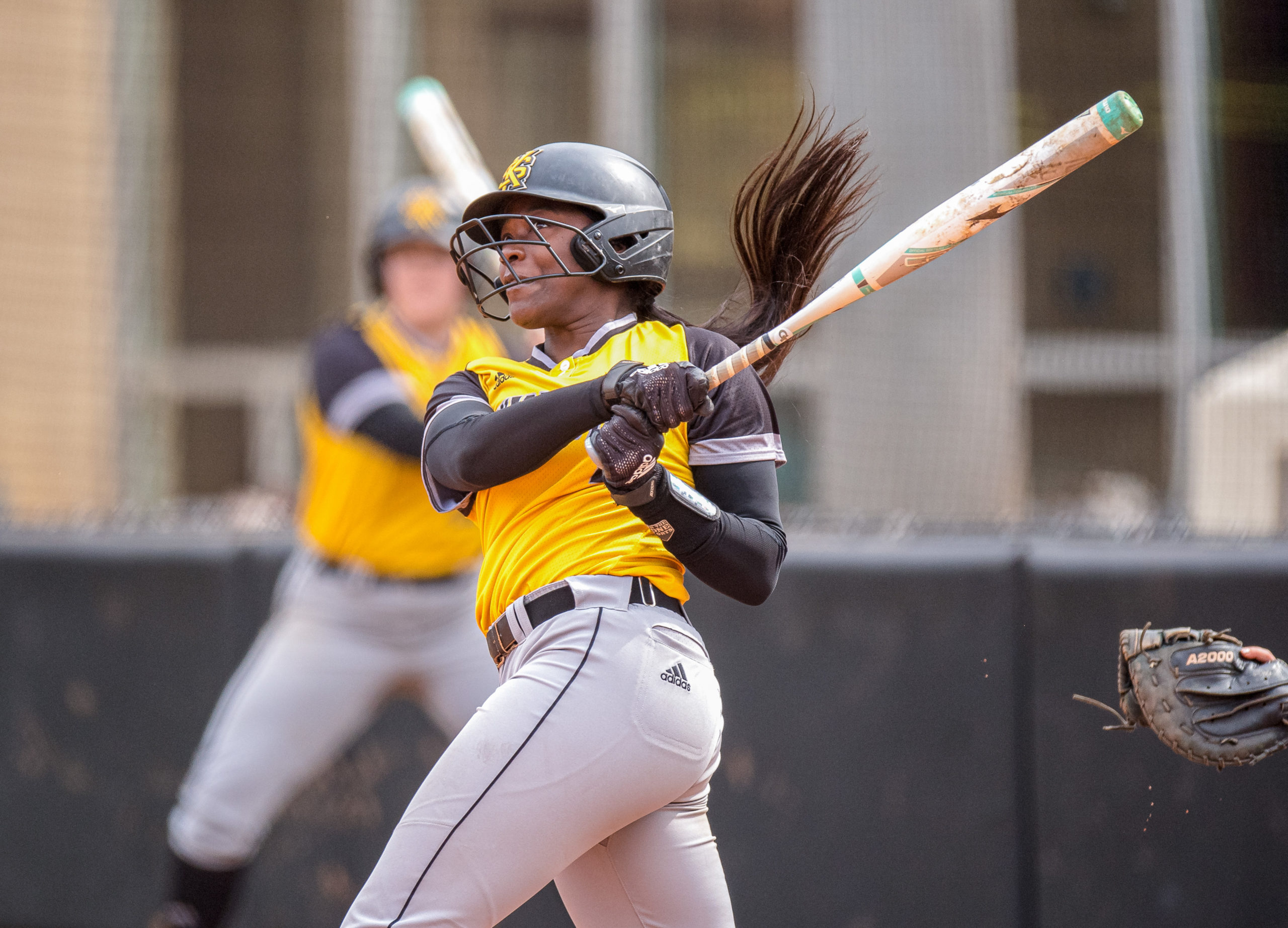 The Kennesaw State softball team continued its best start as a Division I school, winning four of five games at the Interstate 75 Challenge from Friday, Feb. 28, to Sunday, March 1.

Senior outfielder Brea Dickey and sophomore infielder Taylor Cates led the offense over the weekend, with the former accumulating nine hits and the latter coming up with six RBI. The young pitching staff held its own over the five games, helping the Owls defeat two Power 5 opponents.

“We have a young staff and they have been handling themselves well,” head coach Tripp MacKay said. “In those big-game moments, we are letting them battle through some stuff.”

The Owls got the weekend started on Friday with a doubleheader against Rider University, winning the first game 2-0 before defeating the Broncs in the second game 6-3.

Senior pitcher Abby Deane threw a complete-game shutout in the first game against Rider, earning her third win of the season. Deane lowered her earned run average to 1.52 for the season as a result of the performance.

All the offense KSU needed in the game was a two-run single from redshirt sophomore Christen Florence in the bottom of the fifth inning. With the bases loaded and two outs, Florence drove in Dickey and sophomore outfielder Katie Greep to give the Owls a lead that would remain for the rest of the game.

KSU faced Rider again later Friday night, with the Owls getting out to an early lead to secure a 6-3 victory over the Broncs.

Freshman pitcher Lindsey Kyte earned her fourth win of the season in Friday’s nightcap, throwing six and two-thirds innings, striking out eight batters and giving up just one earned run.

After Rider took a 1-0 lead in the first inning, KSU responded in the second inning through a three-run home run by Cates. The Owls would follow that up with three more runs in the third inning. Junior catcher Lexi Solorzano hit a two-run single before Greep drove in freshman catcher Cheyanne Sales on a fielder’s choice.

Rider would score two unearned runs in the seventh inning but could not overcome the KSU lead.

On Saturday, the Owls would participate in another doubleheader, this time against Iowa State. In the first game, freshman pitcher Melanie Bennett threw a complete game in a 4-3 KSU win over the Cyclones. Bennett gave up two runs in the first inning but would improve as the game went along.

Cates would be the offensive catalyst yet again for KSU, as she hit a two-run home run in the second inning to tie the game before hitting an RBI double in the fourth inning to give the Owls a 3-2 lead.

After the Cyclones tied the game again in the fifth inning, redshirt senior infielder Jade Lee hit a go-ahead RBI double that would prove to be enough to win the game.

Later that night, KSU would suffer its only loss of the weekend in a 7-4 defeat to the Cyclones. Kyte could not follow up on her performance on Friday, as she gave up all seven runs to the Cyclones.

Offensively, Lee led the way Saturday night, going three for four at the plate with two RBI. KSU’s best chance to come back came in the fifth inning when the team scored its fourth run and left two runners on base.

The Owls wrapped up the weekend with a 2-1 extra-inning victory over Penn State. KSU successfully fielded three pitchers against the Nittany Lions, with Deane as the starter.

After PSU took a 1-0 lead in the second inning, KSU tied the game on an RBI single by redshirt freshman Kylie Vannavong. With the game at a stalemate after seven innings, the Owls won the game in the eighth inning on a walk-off RBI double by Sales.

With the team having won 17 of its first 20 games of the season, MacKay took stock of the team’s success and progress so far.

“[The players] really came together in the fall. We put a lot of responsibility on them on what they wanted the team to be like,” MacKay said. “They are holding each other accountable on a lot of different levels … I could not be more proud of them.”

Next up, the Owls will travel to face Georgia State on Wednesday, March 4, before embarking to Fort Collins, Colorado, to play in the Colorado State Tournament from Friday, March 6, to Sunday, March 8.