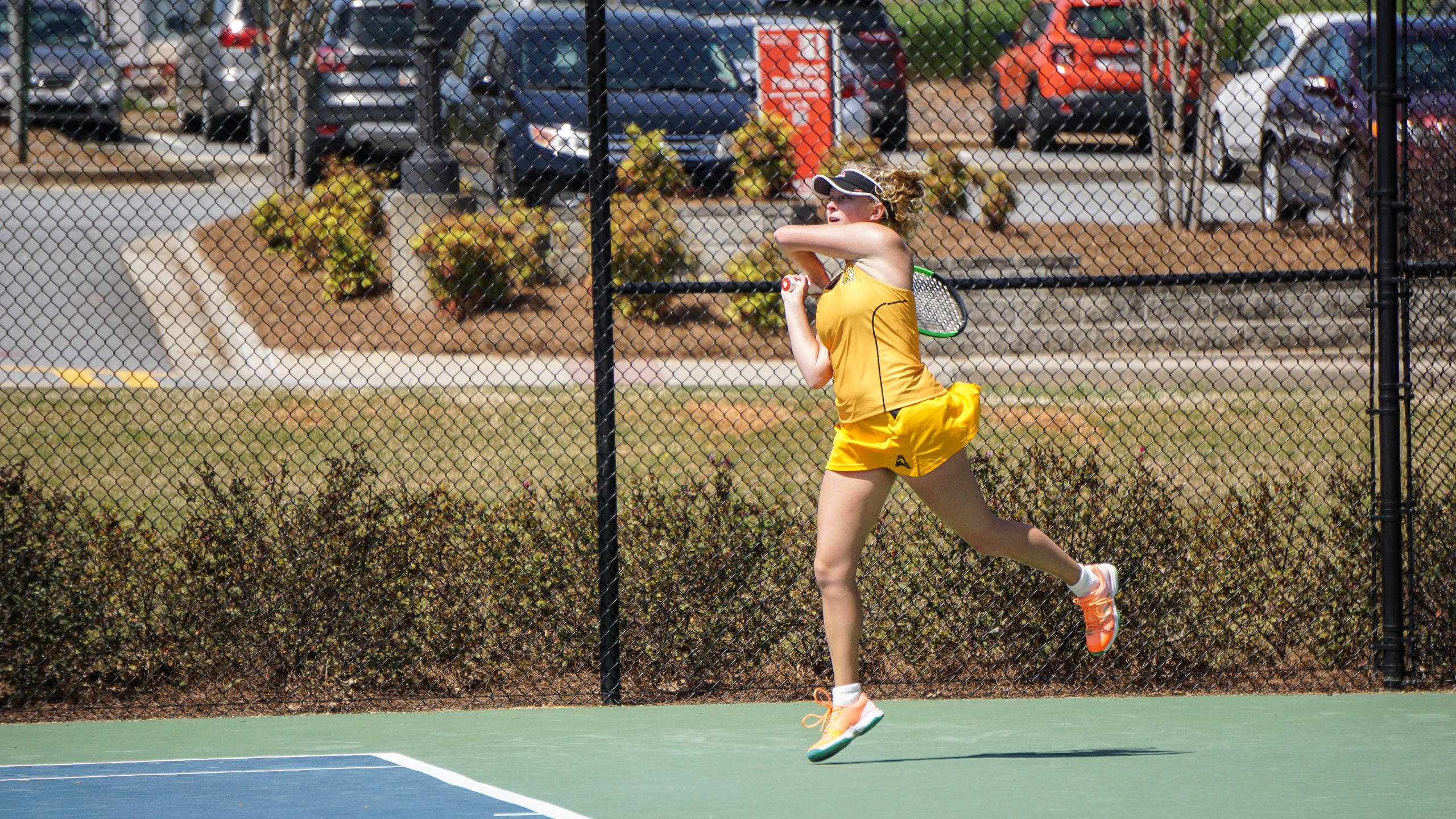 The Kennesaw State women’s tennis team played twice last week, losing on the road 4-3 at Davidson College on Wednesday, Feb. 12, followed by a 4-3 win at home over ASA Miami on Saturday, Feb. 15, for its first win of the season.

The Owls narrowly lost to the Wildcats on Wednesday, beginning the day on a high note by winning the doubles point to take a one-point lead ahead of the singles lines.

“We did a great job in the doubles on all three courts to get up 1-0,” KSU Director of Tennis Matt Emery said. “We competed great and the level of play was high.”

On the first doubles line, freshmen Taylor Dean and Paola Cortez defeated their opponents from Davidson 6-2. The Owls’ third-line pairing of senior Elle Baker and junior Brenna Reilly clinched the doubles point with a 6-2 victory of their own.

KSU’s second line featured the duo of freshman Tina Vlajic and senior Aspen Jarrett, who were leading 4-3 when the game was called due to the clinched doubles point.

The Wildcats took command of the match during the singles sets, winning four out of a possible six individual lines to secure the win. Vlajic and Jarrett were the only players to win a point for KSU. Playing on the team’s third line, Vlajic won 6-1, 6-3 to increase the Owls’ lead to 2-0.

After Davidson took the fifth singles line to move the score to 2-1, Jarrett brought the Owls within one point of a victory. Jarrett occupied the sixth line for KSU, and she earned a point with wins of 6-2 and 6-3.

The Owls would not win another point on the day, as Davidson won the final three lines to take a narrow victory. Dean and Cortez each fought hard, but were defeated in third-set tiebreakers in the last two games of the day. With the loss, the team moved to 0-8 on the season.

Following the loss, the Owls traveled home to face ASA Miami on Saturday. KSU earned its first win of the season with a 4-3 victory.

KSU took the doubles point against ASA Miami with wins on the first and third lines. Dean and Cortez cruised to a 1-0 victory, while Reilly and Baker won 6-2. On the second line for KSU was Jarrett and sophomore Juliana Castellanos. The duo was trailing two games to four when the game was called.

During the singles point, the Owls won three points to lock in the 4-3 victory. Reilly gave her team a 2-0 lead after defeating her opponent 6-0, 6-1. Next up for KSU was Jarrett, who dominated by scores of 6-2 and 6-1.

The match was clinched by freshman Sofia Pinedo, who filled the team’s fourth singles spot. Pinedo played a match-point tiebreaker set after winning the first set 6-3 and tying 6-6 in the second. In the tiebreaker, the freshman won 7-0 to secure her first collegiate victory.

With its first win finally in the books, the KSU women’s tennis team will look to continue its success in its next match at home against UNC Asheville on Sunday, March 1, at 1 p.m.