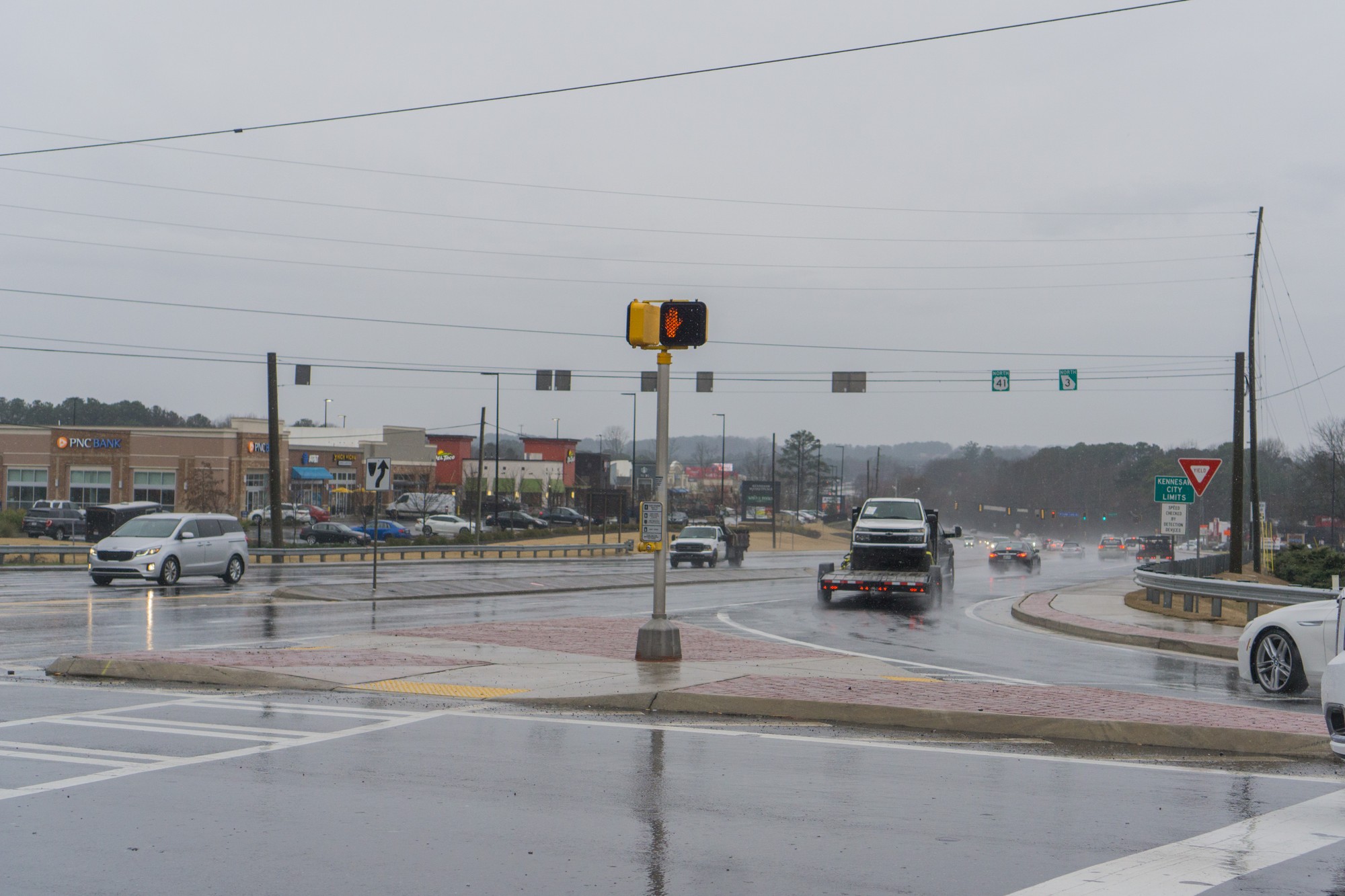 Faculty and students are hoping the university is not completely swept away by the downpours. Photo credit: Carsyn Taylor

As torrential rain falls around students at Kennesaw State, multiple means of water travel have appeared on campus. In the wake of the recent heavy deluge on campus, faculty and students alike have been forced to find creative ways to navigate campus, all the while hoping the university is not swept completely underwater.

There has been a significant increase in the presence of scuba gear on campus. Others have taken to riding around campus on kayaks and stand-up paddleboards rented from KSU’s Department of Sports and Recreation Outdoor Adventures.

“When you really think about it, being able to stay out of the water is worth the $12 daily rental fee,” sophomore exercise science major River Rainey said. “Plus, it means I don’t have to fight the currents to workout at the gym.”

Students have also reported seeing a new construction site near the Austin Residence Complex. A debate has surrounded the origin of the piles of wood, with some saying that it is oak and other saying cedar.

“Regardless of the conflict, ARC residents have been donating to the cause to help buy gopher-wood,” local construction manager Robert Bosch said. “We are building an ark just in case the city floods, like that Tom Shadyac movie Evan Almighty.”

Even still, various student organizations have started performing rituals on campus in hopes of pleasing ancient deities of thunder and rain — such as the Germanic Thor or the Mayan Chaahk. These groups are allegedly aiming to finally put a stop to the downpours.

“Thor, Chaahk, Zeus, I do not really care which one works,” a local oracle said between offerings. “I just want one of them to put an end to all this rain.”

However, ceremonies and offerings have proven ineffective thus far. Students are still forced to get to class by any means necessary — one young man was seen wandering the Social Sciences building in a wetsuit.

Four cars were reported to have been seen floating out of the East Deck on Monday, Feb. 24, according to the KSU Department of Parking and Transportation.

“My car is completely unusable now,” junior international affairs major Ruth Schwimmer said. “Luckily my dad owns a motorboat, so I’ve still been able to make it to class on time.”

KSU has yet to send out an advisory about classes being canceled or the university closing, despite the heavy rainfall, however. The school reportedly has yet to act because of the lack of below-freezing temperatures.

“Until we see a quarter-inch of snow or ice, classes will stay in session,” officials said. “Otherwise, students should be ready and willing to deal with the weather in order to make it to classes on time.”

Kennesaw Mayor Derek Easterling has joined forces with Marietta Mayor Steve Tumlin to combat the weather for the wellbeing of Cobb County residents, as well.

Currently, construction has begun on a giant umbrella spanning the entirety of Cobb County to prevent the rain from falling within the county borders. The project is expected to be completed at least a month after Georgia’s hot and dry summer begins.

Until the umbrella is completed, students will need to find their own ways to counter the rain. With the weather getting colder, some students are hoping for temperature drops that will indicate class cancellations. Until this happens, or until students are forced to board the ark currently under construction, it is important everyone remembers to stay safe and well-hydrated.

Sep 8th, 202053
A lack of available information and education often leads to many people in the United States thinking of...
Opinion