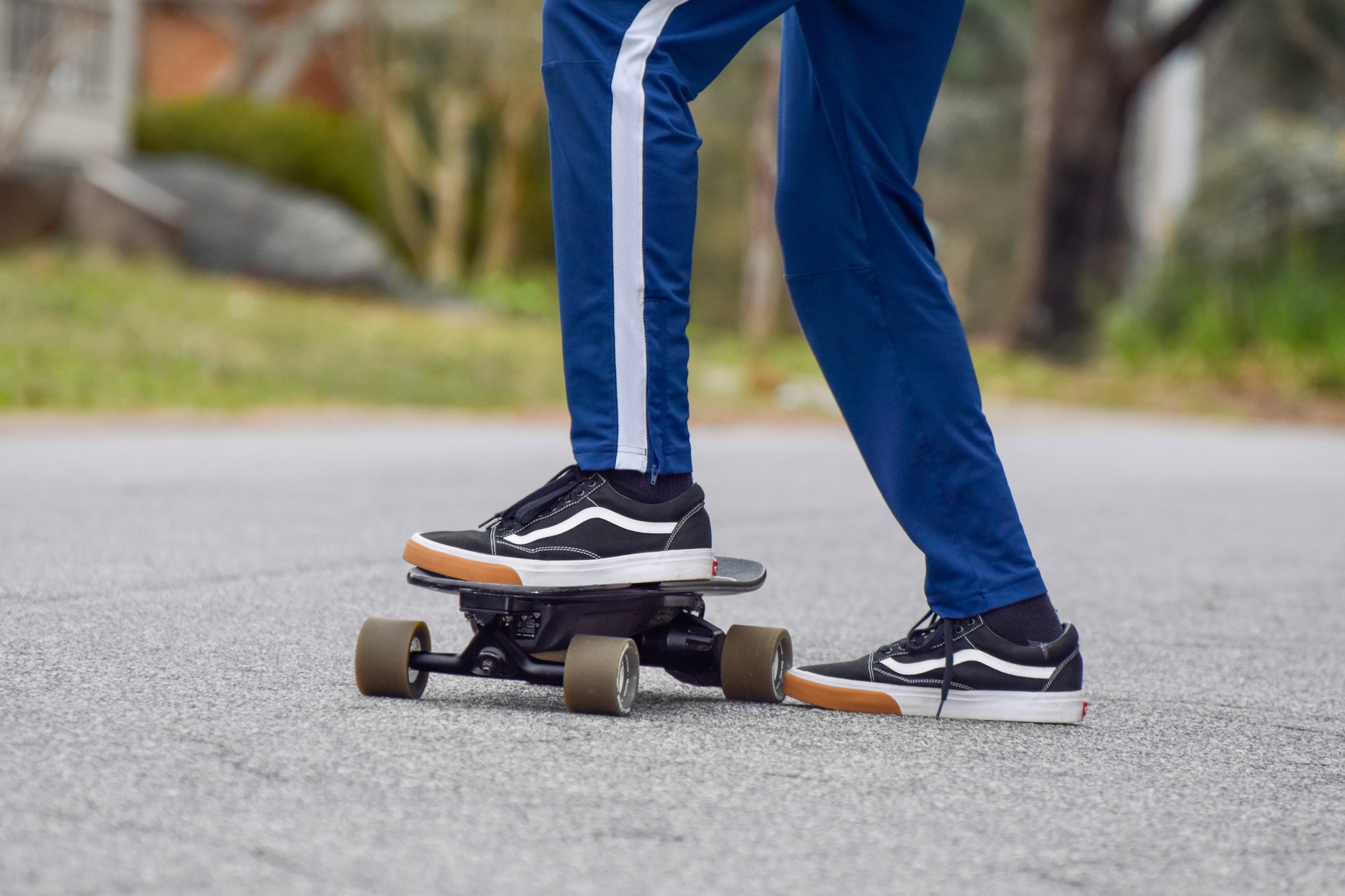 Many students find that skateboarding is a fast and efficient way to get to class. Photo credit: Houida Aldihri

Kennesaw State has a high number of students that use skateboarding as a means for entertainment, exercise and movement around campus. Despite the popularity of skateboarding, issues can arise as to where these students are skateboarding due to potential hazards in high traffic areas. KSU should invest in the construction of a skate area on campus to help ensure the safety of its students.

Many skateboarding injuries occur because of surface irregularities or collisions with pedestrians or motor vehicles, according to the National Recreation and Park Association.

Having a designated area for skating would improve safety for students by having an area where skateboarders can go, rather than practicing tricks in campus parking lots or on sidewalks. Designating a skate area would prevent accidents with skateboarders running into students as they walk around KSU.

Without a skate park on campus, skateboarders will continue to skate in sub-optimal situations. While signs exist around campus that prohibit skating, these signs rarely work and will continue to be ignored until an area is designated for skateboarding.

“Safety-wise, it would benefit students on walkways,” sophomore psychology major Sean Thomas said. “Those of us who want to skate won’t accidentally hit them.”

Skateboarding is both mentally and physically beneficial to student health. It provides a great workout for students, which can burn 300 calories in 60 minutes for a 125-pound person, according to Chron.

The high amount of activity involved in skateboarding allows it to be one of the best possible workouts available to students while also doubling as a convenient and fast way to get around a college campus.

Skateboarding is beneficial for mental health as well. The act of skateboarding allows students to get their minds off of the stresses commonly associated with college campuses, such as homework, exams and projects.

“Skating is a creative release for us,” freshman architecture major Deandre Galarza said. “Having [a designated skate area] at school would give us the chance to relieve stress through something other than school-organized sports.”

Not only does skateboarding improve mental health, but it is also one of the most beneficial activities for brain function overall.

Because of the complex nature of skateboarding tricks and maneuvers, the action allows skateboarders to experience extreme physical exertion and muscle precision at the same time. This complexity stimulates new cell growth in the brain and improves brain function on a fundamental level, according to Spohn Ranch Skateparks.

Skateboarding will be introduced as a sport at the 2020 Tokyo Summer Olympics, which shows the global impact that the sport is having. A KSU skate park would be beneficial for a continued increase in skateboarding popularity, allowing for space where students can learn the activity without hurting themselves or others around campus.

Overall, a skate park on campus would benefit the health of all students on campus, allowing skaters to have an established area and non-skater students to safely walk around campus. KSU should build a skatepark on campus as it would provide expert and novice skaters alike the opportunity to build their skills and improve their mental and physical health.