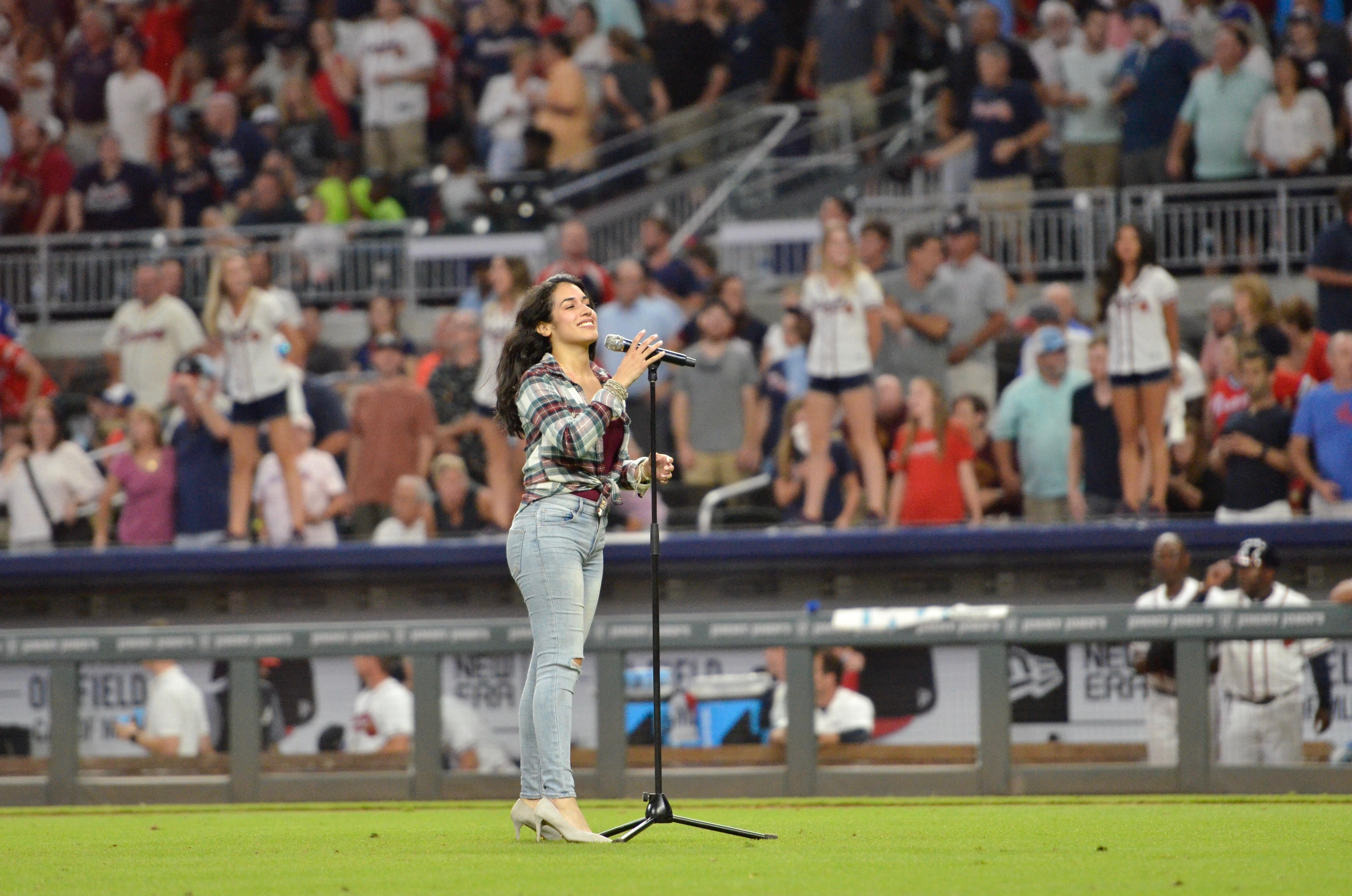 Being talented enough to sing the national anthem at a major sports event is impressive, but being invited back is extraordinary.

Sirena Grace, 27, is a junior journalism major and is part of the Joel A. Katz Music and Entertainment Business Program at KSU.

After having only two hours to prepare, Grace stunned the crowd with her performance of “God Bless America” at an Atlanta Braves game in September 2018. Since then, she has shown herself to be a rising star in the Atlanta music scene.

In March, she performed during the Atlanta Hawks game at State Farm Arena, and she sang for the Braves again on April 3. Grace plans to sing for the Women’s National Basketball Association sometime this summer.

“It feels amazing and surreal,” Grace said. “A year ago, I would have never imagined I would be doing these sorts of things.”

Grace and the MEBUS program will be featured in an issue of “Billboard Magazine“ later this year in a section that aims to highlight some of the students in the program.

The MEBUS program is helping Grace record her own original music with the help of southern rock stars John Driskell Hopkins and Coy Bowles of Zac Brown Band. The music is set to be released some time this year.

In May, Grace is set to perform in London for the International Sony Discovery 2 Showcase where she will be representing KSU and America by playing her original songs.

“In college, I joined the [MEBUS] Program, which opened up so many opportunities for me,” Grace said. “The impact that it has made in the school is amazing, and without the program, I would have never been able to sing at the Braves.”

Grace has been involved with music, dancing and acting for most of her life, even having been in several films and television shows. Her first feature role was in the 2011 film “Fast Five,” and she will make an appearance in the upcoming “Bad Boys 3.”

Grace credits Selena Quintanilla-Pérez, Michael Jackson and Whitney Houston as the main musical artists who have inspired her.

“I love the way they were able to connect with and inspire people,” Grace said. “When I was little it made me feel like I could do anything, and I want to be that for people.”

Grace is focused on more than just the arts. Along with furthering her music career, Grace said she also wants to put her journalism degree to use by helping those she holds dear.

“As a journalist, I hope to have a platform that speaks to issues that affect my community, my Hispanic community,” Grace said. “I feel like there should be more Hispanic presence in the media, and I hope to act as a voice for my community.”

To find out more about Sirena Grace and her upcoming music and performances visit twitter.com/sirena_grace.