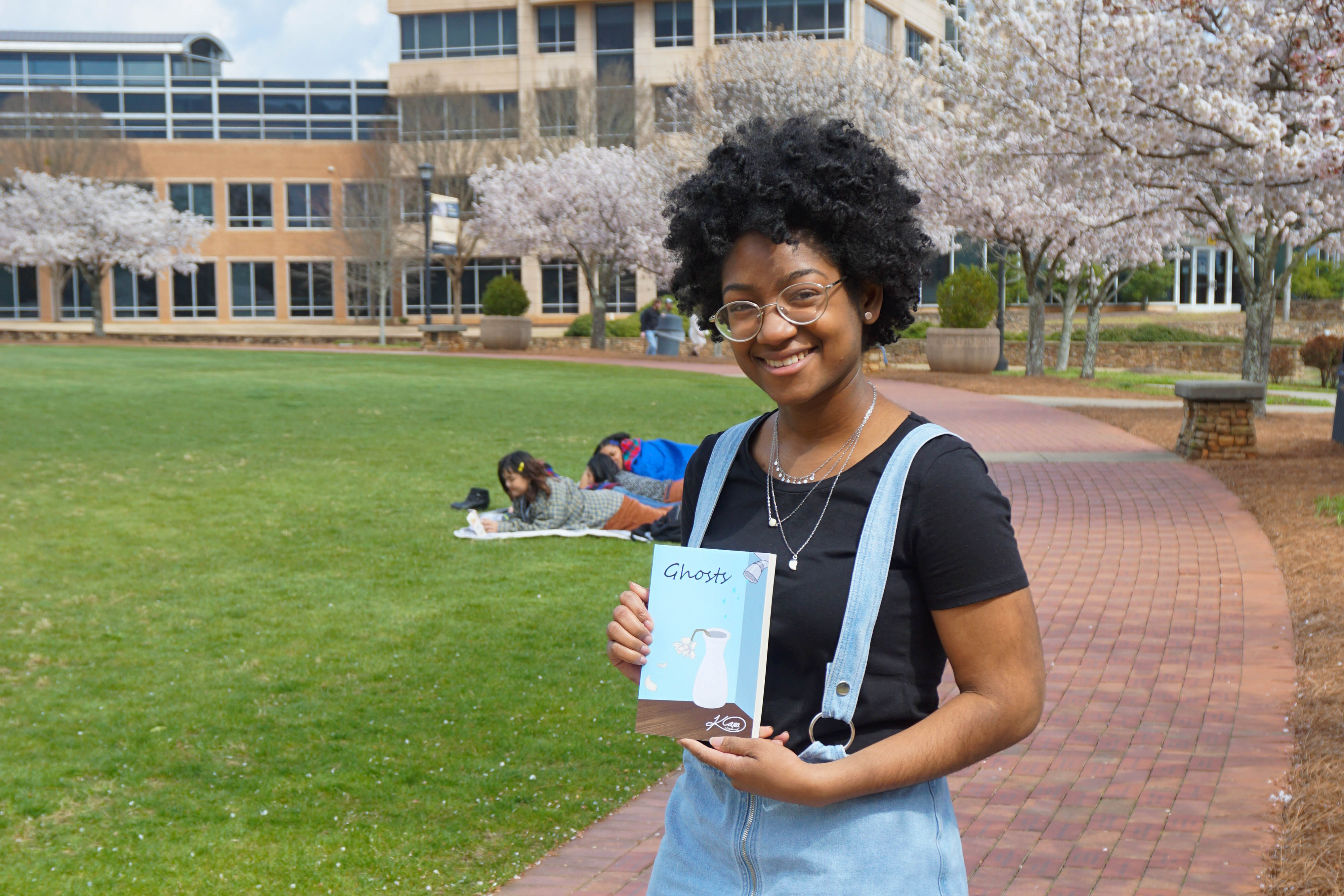 What started out as Demi Lovato fan fiction has turned into a successful literary career for a local novelist highlighting queer love stories.

When Kennesaw State student and junior English major Kara Ireland posted the first chapter of her book on the popular reading and writing internet community, Wattpad, she had no idea that her young fantasies would lead to thousands of followers and five profitable books just seven years later.

Ireland’s published novels all involve women who love women, and she said that in writing about non-heterosexual relationships, she hopes to normalize them in a culture of entertainment that is dominated by heteronormative stories.

Ireland self-published her fifth novel, “Ghosts,” on Feb. 27, 2019. The book is about what Ireland describes as the in-between of love and heartbreak. An adaption of a story that she began writing when she was 15, Ireland was inspired to pick it up again after experiencing heartbreak in recent months.

As a young writer, finding an authentic voice can be challenging, but Ireland said that reading more books is what has helped improve her writing above anything else. Ireland said that, were it not for indulging in other peoples’ work, she would not be the writer that she is today.

“Writing for me is a catharsis because I don’t really have another way of expressing myself unless I’m writing,” Ireland said. “It helps me get through my stuff.”

Although Ireland has already experienced many successes in her career, she said that what she finds most rewarding about being an author is getting the chance to interact directly with her supporters. One way that she does this is by hand-writing personalized notes in every book that she sells through her Etsy shop. In doing so, Ireland is able to give back and show her appreciation for those who choose to support her work.

All of her published books can still be accessed for free on Wattpad, and that is why Ireland said it “blows [her] mind” that people choose to go out of their way in order to contribute to her continued success.

“I am so grateful for that kind of stuff because that means you genuinely just support me,” Ireland said. “I don’t know what I’ve done to make people have my back in that way, but I’m so thankful for it.”

Ireland has no plans to stop riding her high anytime soon. In fact, she already has an idea in mind for her next novel, which will be the first book she has written that is not adapted from one of her original Wattpad stories. For Ireland, that simple fact is as daunting as it is compelling, and she said she is eager and ready to take on the challenge.

To learn more about Ireland’s books, visit her Etsy page at etsy.com/shop/Weyheylovato.