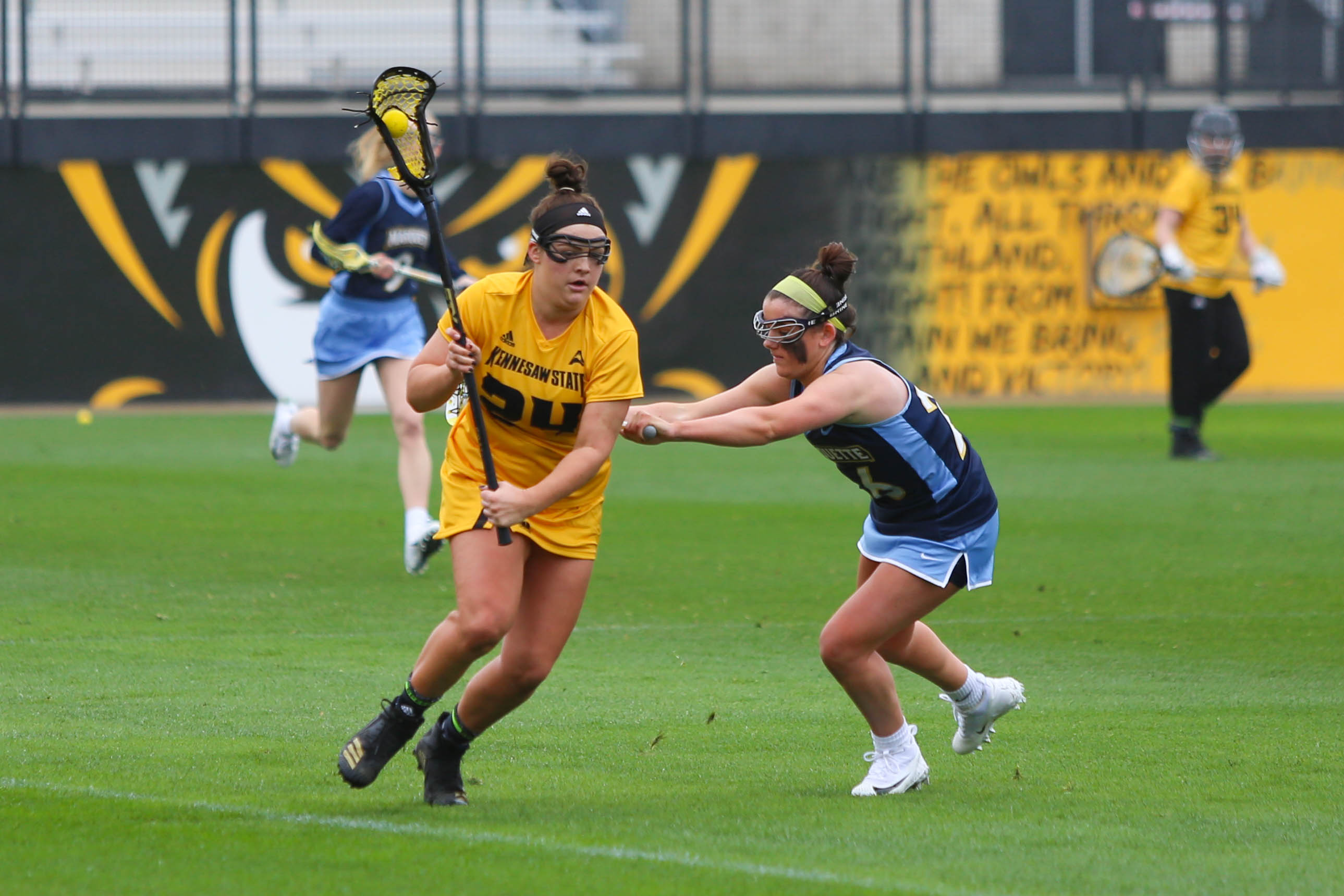 A team effort helped lead Kennesaw State’s lacrosse team to a 21-14 home win over St. Bonaventure on Thursday, March 7, before falling 16-13 to New Hampshire on Sunday.

Junior Abby Squires led the way for the Owls against the Bonnies, scoring five goals as KSU won its first home game of the season. Also contributing to the victory were juniors Anna Giulitto, Izzy Palermo and freshman Marissa Gore, who all had three goals each.

Although the Bonnies held KSU lead scorer Siena Gore to just two goals, her teammates stepped up and helped maintain a lead throughout the match.

Within the first 10 minutes of the opening half, the Owls scored eight goals to lead by four. After increasing the margin to eight goals by halftime, KSU continued to score and kept a significant lead to the end.

“I thought it was a really good team effort,” head coach Laura Maness said. “We controlled the tempo of the game from the very first draw.”

Senior attacker Haley Swift featured in the game, making her first start in nearly a month due to injury.

She scored once and provided four assists against the Bonnies, showing glimpses of the player who was a Second Team All-Conference selection last season.

Swift continued to play well Sunday as the Owls lost a close match to New Hampshire, scoring twice and assisting twice. Gore had an improved performance against the Wildcats, scoring four times.

Despite two-goal performances from several players, the Owls could not catch New Hampshire in the second half.

KSU scored early in the match, but they were quickly chasing after the Wildcats who finished the first half with an 8-5 lead.

Three straight goals in the second half for the Owls made the game within one goal at 10-9, but New Hampshire scored six of the next eight to seal a win.

The lacrosse team stays at home this week, facing off against Liberty on Saturday, March 16, at 12 p.m.