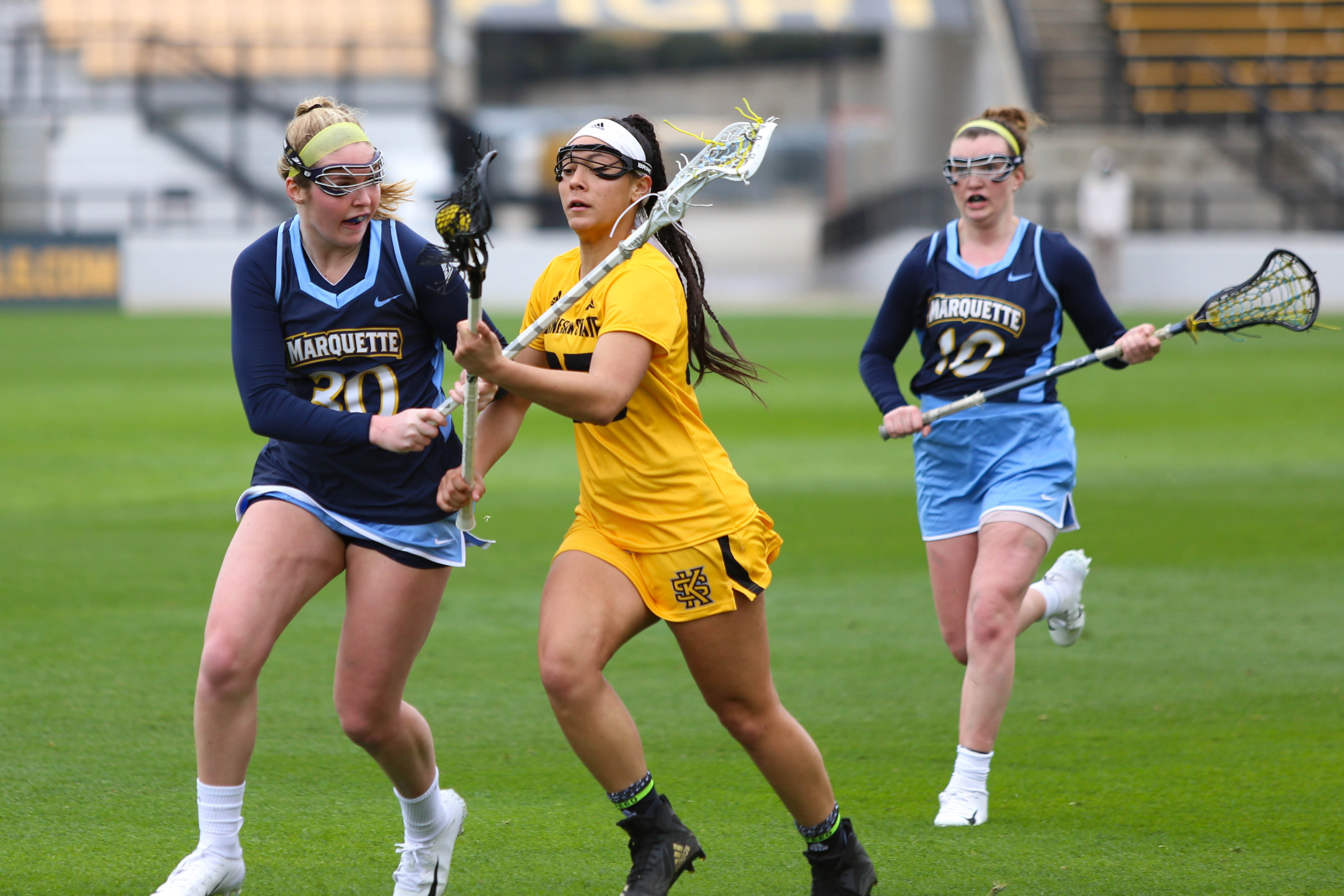 Sophomore Siena Gore and junior Izzy Palermo combined for nine goals as the Kennesaw State lacrosse team gave up a halftime lead to Marquette to lose 19-15 during a home match on Saturday, Feb. 23.

Playing their first home match of the season, the Owls kept the score close despite Marquette’s aggressive tactics and possession advantage.

KSU managed to draw fouls to set themselves up with several free position shots that helped increase their lead, as they made eight of those shots during the game.

In the second half, a substitution by Marquette proved to be a defensive turning point that allowed them to hold KSU to just five more points. The substitute goalkeeper for Marquette made six saves, compared to just one from the previous goalkeeper.

KSU initially continued to hold the lead in the second half, going ahead by as many as five points, but Marquette persisted and began their comeback late in the match.

The Golden Eagles continued to show aggression on offense, gradually wearing down KSU’s defense. Scoring four goals in just three minutes, Marquette went on to finish the match on a 7-0 run and prevented KSU from winning its first match of the season.

Goalkeeper Alex Bunn continued her good form for the Owls, coming up with 10 saves as she climbs up the all-time saves list.

“I thought we came out hard,” head coach Laura Maness said. “The last 10 minutes of the second half, I think we got a little careless with some of the stuff that we focused on in the scout and I think it was a lot to do with fatigue.”

Up next, the Owls travel to South Carolina to go up against Winthrop on Saturday, March 2, at 1 p.m.