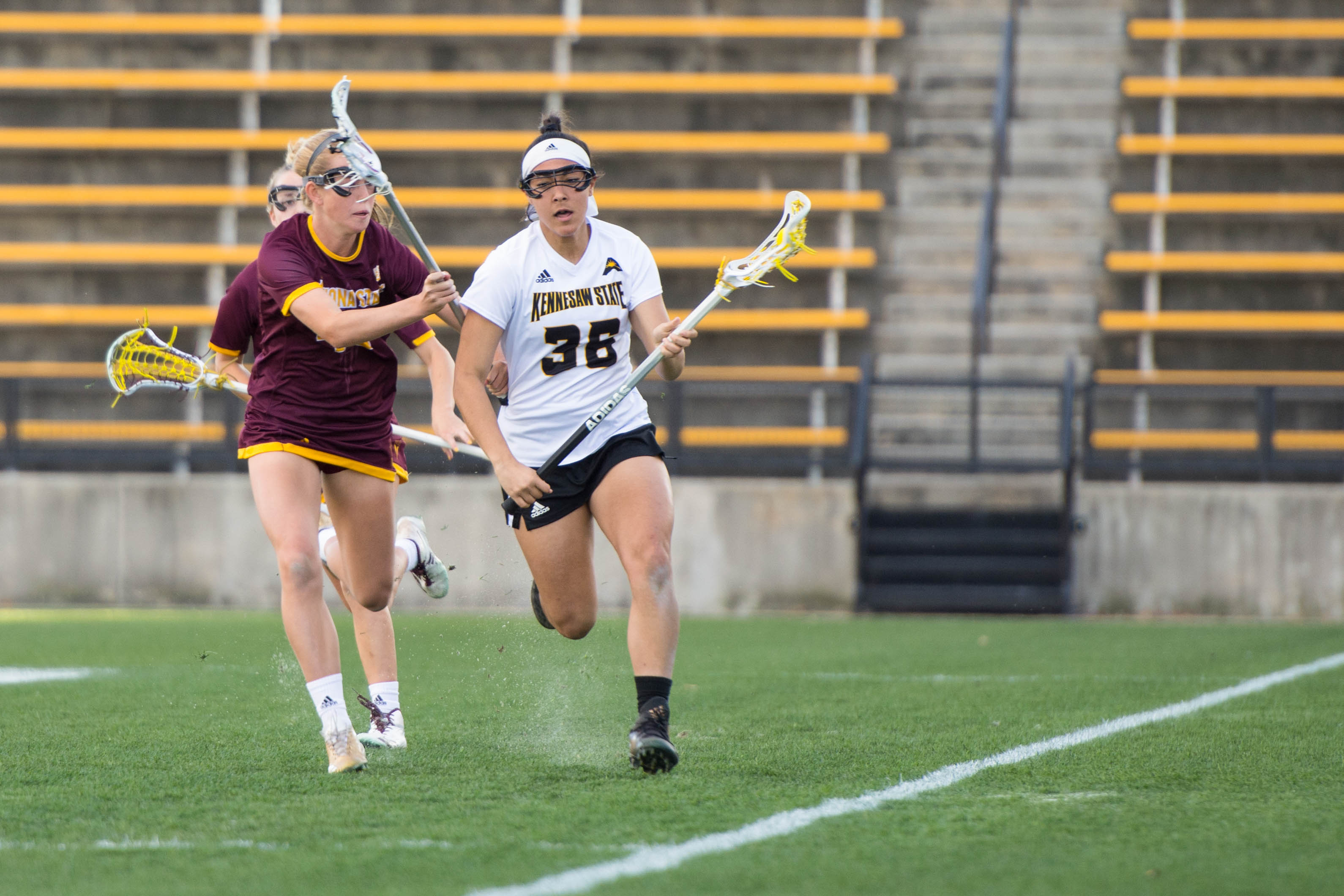 Gore, the reigning Atlantic Sun Conference Freshman of the Year, picked up where she left off last season, keeping the Owls close to the Sun Devils in the first half. Senior Haley Swift provided two assists during the match.

Much of the action in the first half occurred within the first two minutes, as Arizona State got out to a quick 2-0 lead before Gore scored her first goal of the match from a free position shot.

The score stalled for the next ten minutes, as senior goaltender Alex Bunn defended a barrage of shots from the Sun Devils. She broke a school record for saves with 17 in her first game, returning from an injury that kept her out for all of last season.

With around 20 minutes left in the first half, junior Anna Giulitto scored to tie the game at 2-2. Last season, Giulitto was utilized as an effective substitute who scored 18 goals in 18 games, allowing her to earn a starting spot this season.

After Gore scored her second goal to put the Owls in the lead, the two teams went back and forth as the score at halftime was 5-4 to Arizona State.

Gore’s third goal came just 35 seconds into the second half, but the Sun Devils gradually pulled away from KSU as they went on a 7-1 run to finish the game. Three of those goals occurred within a minute, shifting momentum quickly away from the Owls.

For Bunn, her performance put her in third place on the all-time saves list for KSU while Gore earned her 17th career game with at least three goals.

The lacrosse team is looking to improve from last season when they won seven games and played multiple games that were decided by five or fewer goals.

In addition to Gore and Swift, players such as Izzy Palermo and Abby Squires will be needed to help provide goals so that the Owls can reach 10 wins for the first time.

Last season, defender Maura Palandro was the first KSU player of her position to be voted as ASUN First Team All-Conference.

The Owls will head to Nashville, Tennessee, to face Vanderbilt University on Saturday, Feb. 16, at 8 p.m.