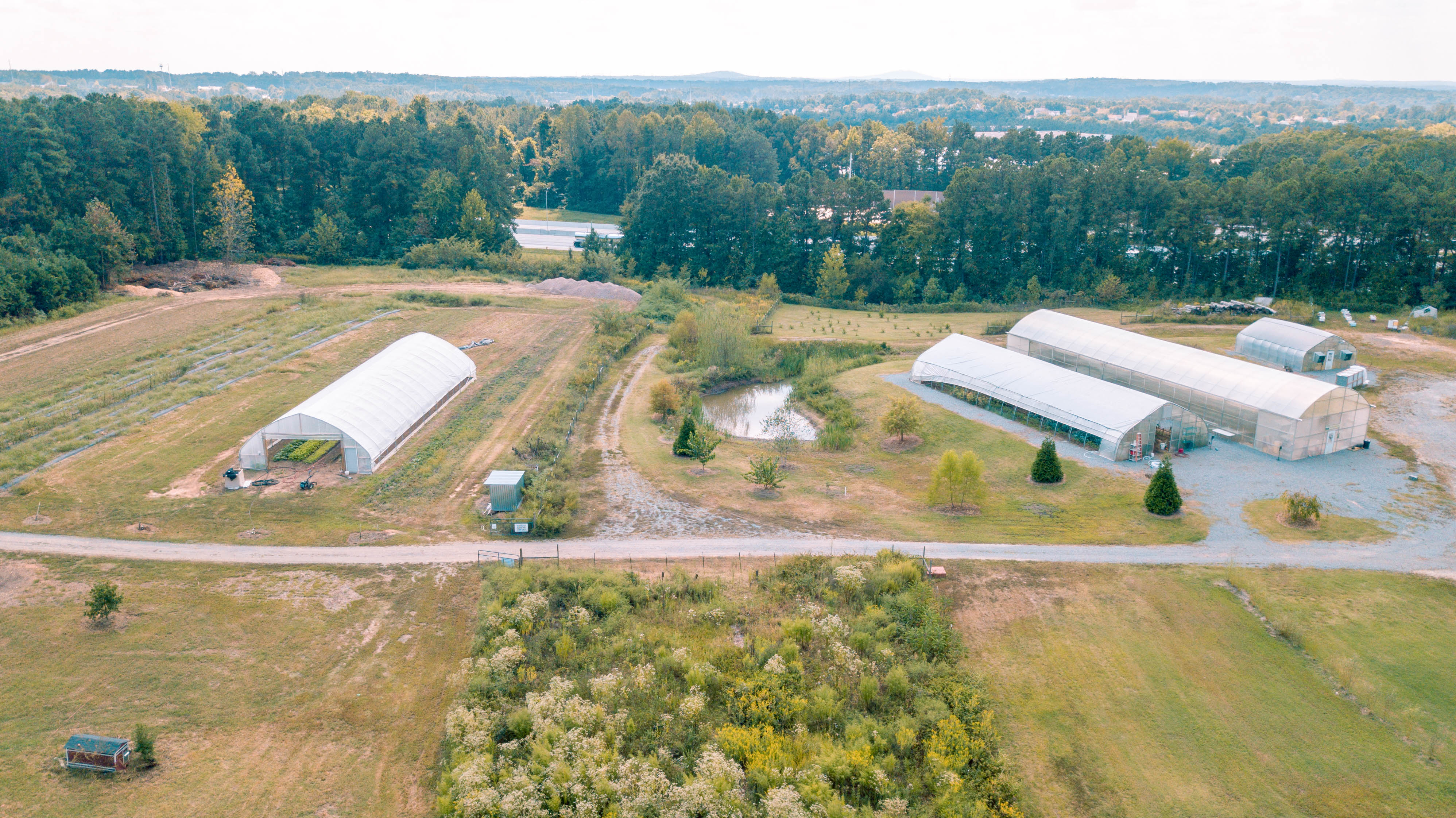 In an effort to increase crop sustainability, KSU will be implementing a hydroponic system on its Hickory Grove Farm. Photo credit: Andres Lopez

Hydroponics is a method of growing plants without soil and exposing the roots to a mineral nutrient solution. Amhydro, the company installing the new system at KSU, referred to hydroponics as “the future of food” on their website.

Hickory Grove farm, managed by the School of Culinary Sustainability and Hospitality, produces over 20,000 pounds of produce that are used at KSU’s two dining halls, Stinger’s and The Commons, according to KSU’s website.

“The farm wanted to branch out to provide a wider variety of leaf crops,” said Amhydro Vice President Joe Swartz. “The culinary school and dining commons were more in the need for lettuce and greens, so the director chose to install a Nutrient Film Technique leaf crop system to provide a practical educational curriculum as well as food for the school system.”

“It is a closed loop, recirculating system so that all water and nutrients that are supplied to the plants is captured and recirculated so that nothing is wasted,” Swartz said.

Nutrient-rich water continuously flows down the channels, past exposed plant roots. Any unused solution is captured at the end of each channel, funneled back to a reservoir and automatically remixed for nutrient balance and recirculated with the help of a pump, Swartz said.

This system will allow the farm to grow a wider variety of pesticide-free crops such as lettuce, basil, mint, cilantro, kale, chard, chives, arugula and more, Swartz said. The NFT system will also allow crops to grow at a steady and consistent quantity all year round.

“In traditional field agriculture, the entire crop matures and is harvested in a very short period of time known as harvest season,” Swartz said. “Hydroponic production allows the grower to schedule out a weekly amount of production so that the crops available are consistent from week to week.”

Compared to soil-based farming, hydroponics produces predictable quantities and quality for higher crop yields and profits, produces ten times the crops per area, reduces pathogen risks by growing crops without pesticides or manure and reduces transportation costs by growing in or near urban centers, according to Amhydro.

Heavy use of pesticides has been reported to cause several adverse health effects ranging from mild allergies to cancer depending on the extent and duration of exposure, according to a research study done in 2017 by the International Journal of Agriculture, Environment and Biotechnology.

When farming with soil globally, portions of the nitrogen-filled fertilizers, along with eroded sediments, inevitably wash into waterways such as rivers, lakes and the ocean where it causes “dead zones” from eutrophication, according to Livestrong.

This is a process whereby nitrogen feeds an algal bloom, but when the short-lived algae die, decomposing bacteria then consume most of the available oxygen, suffocating aquatic life, according to Livestrong.

Additionally, Livestrong states that use of artificial fertilizers in place of animal or “green” manure can eventually deplete soils of organic matter, making them lose their ability to hold water and more subject to erosion.

“Hydroponic systems use approximately 90 percent less water than conventional agriculture so that it places much less stress on the environment,” Swartz said. “This type of system also supplies all water, nutritional and environmental conditions conducive to year-round crop growth. This means that you can locate farm production in areas such as cities that were not traditionally suitable for farming.”

Swartz said they plan to have the NFT system ready for planting in the next few weeks.