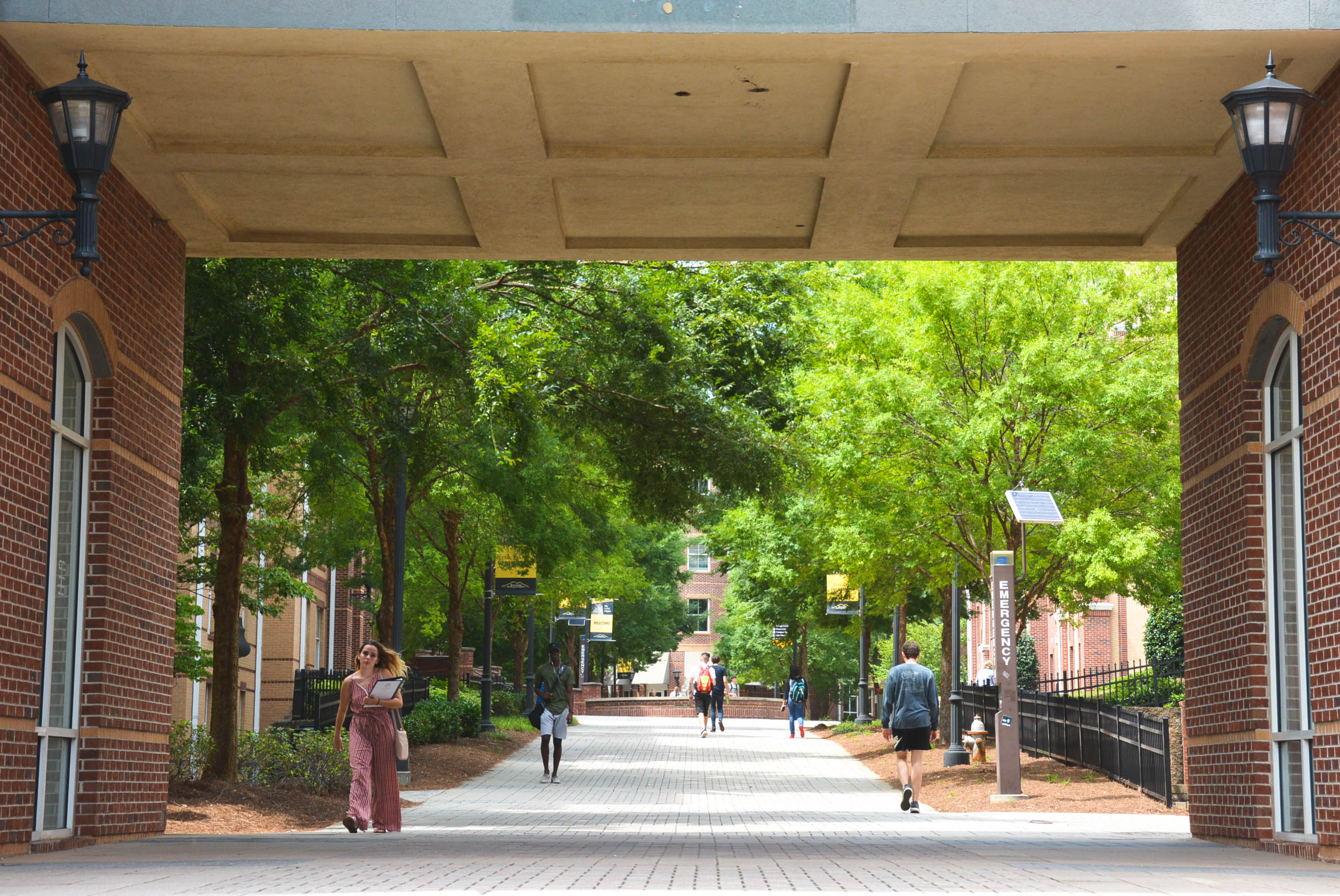 Kennesaw State English Professor Bryan Gillis was named the recipient of the 2018 Assembly on Literature for Adolescents Review editor’s award for column excellence on Aug. 9.

Gillis was selected amongst two other columnists. Three candidates are chosen each year to write an article for the ALAN review about each of the three issues for the year.

“I was thrilled to be selected to write the three columns, as the pool of people who applied was large and only three columnists were selected,” Gillis said. “My goal was to write three articles that practicing teachers could read and incorporate into their classrooms.”

The articles Gillis submitted are titled, “Understanding and Connecting Our Ways of Being in the World,” “Looking Beyond the Classroom: Accessing Our Student’s Funds of Knowledge through Young Adult Literature” and “A Vocabulary of Intimacy: Building and Nurturing Healthy Adolescent Relationship Skills.”

Editors of the ALAN review journal and its columnists from last year described Gillis’ column as the year’s “most impressively demonstrating excellence in writing and making a significant contribution to the field of [young adult] literature,” according to the ALAN Review Facebook page.

“I am incredibly honored and humbled that others who have expertise in the field of young adult literature appreciate what I am writing about,” Gillis said. “Hopefully the recognition the award brings will make more people aware of the articles and they will want to read it. My goal in writing anything is to get as many people as possible to read and act or react to what I write.”

Gillis said that his interest in young adult literature developed while he was obtaining his Ph.D. in English Education at Arizona State in 2007.

“It was there that several of my mentors showed me how to use young adult literature in classrooms to enhance student learning. This has been my focus ever since,” Gillis said.

Gillis said working with ALAN has been “the ultimate source for collaboration” as he also teaches several teacher preparation courses.

“ALAN provides terrific resources and allows me to collaborate with others in the field of young adult literature,” Gillis said.

The ALAN Review is an academic, peer-reviewed journal associated with the ALAN organization, which is a subgroup of the National Council of Teachers of English and focuses specifically on young adult literature.

The journal is published three times per academic year, and it focuses on producing high-quality articles and professional materials that support the readers wanting to know more about young adult literature.

The award will be granted to Gillis at the ALAN annual breakfast during the national convention in Houston on November 15.