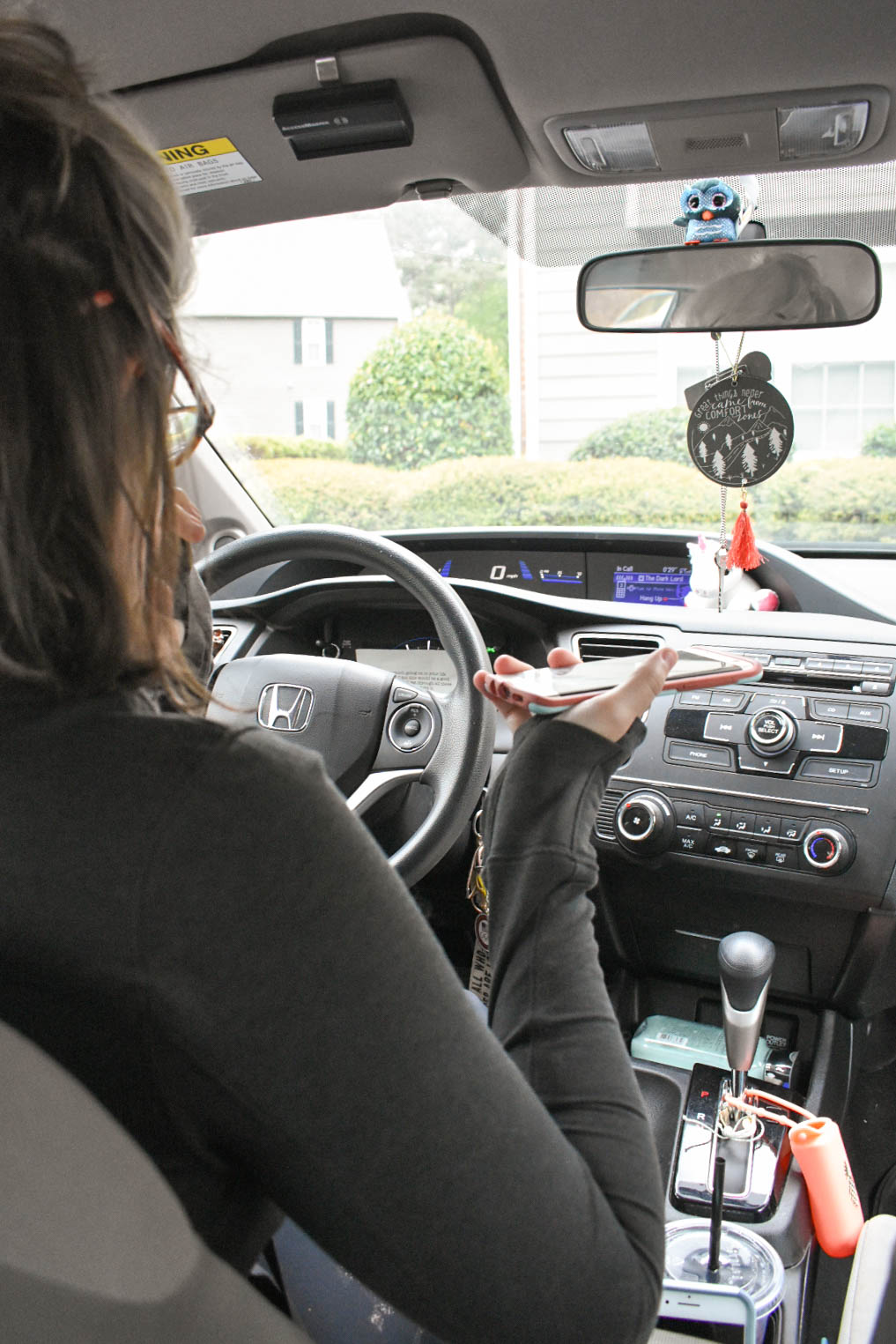 Distracted driving based car accidents have increased by one third in Georgia from 2014 to 2016. Photo credit: Alison Warren

Kennesaw State’s Police Department has reported more than 30 vehicle accidents and hit-and-runs since January on the Kennesaw campus alone in the daily crime logs, stressing the purpose of raising awareness during Distracted Driving Awareness Month in April.

According to the AJC, 1,500 of those deaths were in Georgia alone. Distracted driving deaths jumped by a third in Georgia from 2014 to 2016, increasing to more than twice the national average.

Georgia is also one of the top 5 states with the highest rise in motor vehicle deaths between 2014 and 2016, according to the AJC.

“Many distractions exist while driving, but cell phones are a top distraction because so many drivers use them for long periods of time each day,” according to the NSC website.

Furthermore, according to the NSC, many young adult drivers do not realize the severity of the “public health threat” that is cell phone use while driving.

More than 30 research studies performed by the NSC conclude that “conversation occurs on both handheld and hands-free phones. The cognitive distraction from paying attention to conversation — from listening and responding to a disembodied voice — contributes to numerous driving impairments.”

The NSC also said in their research that, in today’s society, multitasking is a valued skill, and there is an increase in pressure to be more productive. They found, however, that people’s brains cannot handle more than one task at a time.

“Human brains do not perform two tasks at the same time. Instead, the brain handles tasks sequentially, switching between one task and another,” the NSC wrote in a report.

“Brains can juggle tasks very rapidly, which leads us to erroneously believe we are doing two tasks at the same time,” the report reads. “In reality, the brain is switching attention between tasks — performing only one task at a time.”

College students’ lack of sleep also puts them at risk with 328,000 drowsy driving crashes occurring annually, according to the AAA Foundation for Traffic Safety.

On its website, the NSC suggests that people use cell phone blocking apps to keep from being distracted while driving and keep their focus on the road. Many of these apps mute texts and phone calls while the phone is in a moving vehicle.