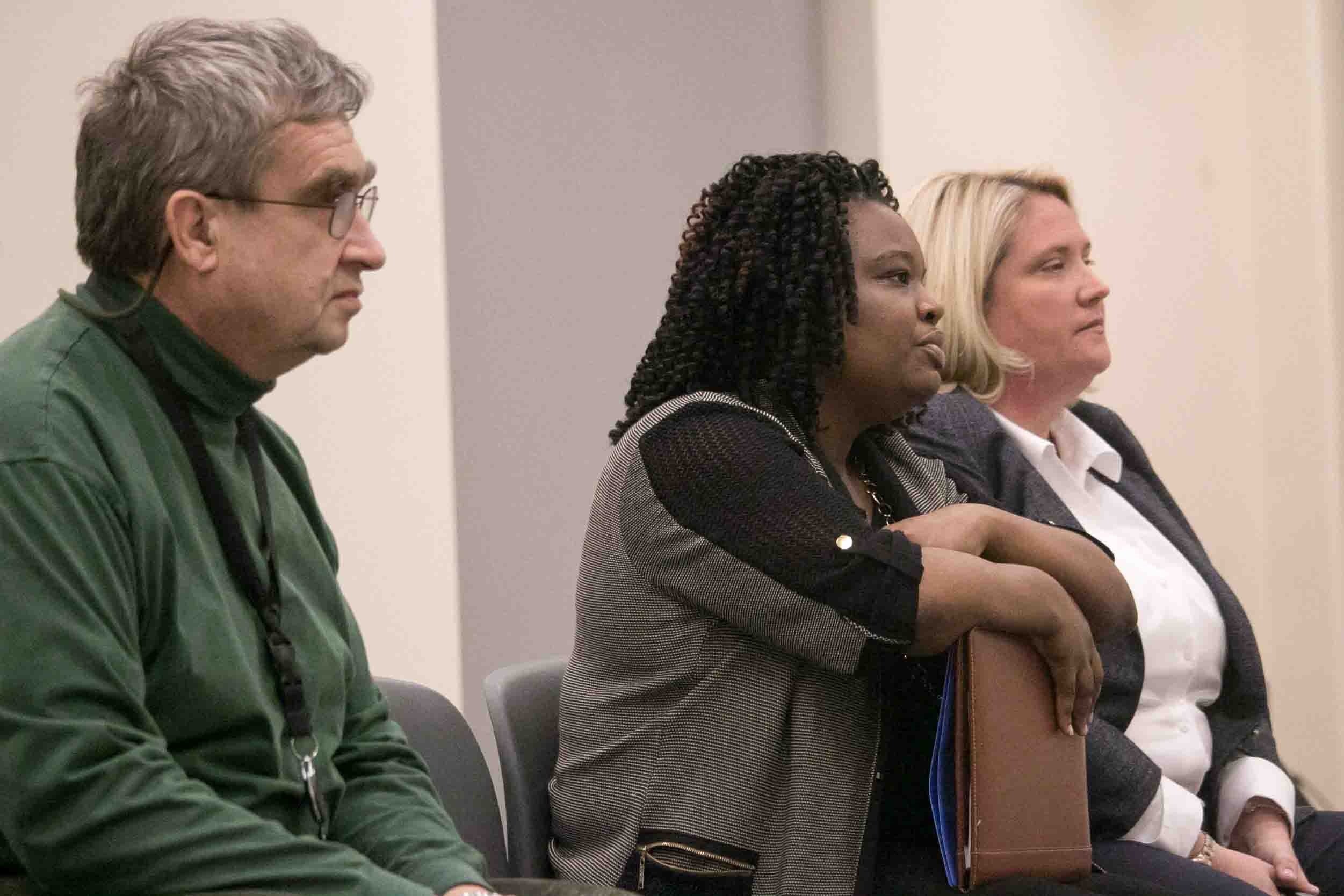 This story has been upated since its initial publication.

Kennesaw State’s search and screen committee sent a statement to the Board of Regents Monday to encourage the BOR to change the search process for KSU’s next president.

An email to faculty and staff from Doug Moodie, chair of the presidential search and screen committee, said the committee voted unanimously to ask the BOR to “invite the finalist(s) to visit campus during the interval between the announcement of the name(s) of finalist(s) and the final confirming vote by the Board of Regents.”

It also recommended the search process remain confidential throughout the remainder of the process.

The statement comes one week after a town hall was held on the Kennesaw campus for faculty, staff and students to share their thoughts, concerns and recommendations about the process and candidates. At the town hall, many attendees raised concerns over the decision to keep the search confidential.

“What could happen, and I am guessing it will, only the predetermined one finalist will come to the campus,” said Leonard Witt, professor of communication, in an email. “There will be the appearance of an open search. But if it is a fait accompli, is it in spirit an open search? No.”

“If that does happen, no one here will be fooled and it is likely the new president will arrive under a cloud of suspicion,” he added. “After last year’s debacle with a completely secret search with Sam Olens, a truly open search would be beneficial to all.”

According to Florida law, all searches must be conducted with complete transparency. In an article by Knight News, Parker Executive Search President Laurie Wilder said that was her only concern with UCF’s process.

“That is giving some individuals great pause, and as we have talked to sitting presidents it is obviously a massive concern for them,” Wilder said in the article.

The final four candidates for UCF’s presidency were announced on Feb. 23.

The Georgia Open Records Act states that records about candidates must be released five days prior to a vote for hire for meetings involving the review of application for the position of president of a university in the USG system. Within this period, a candidate is afforded the opportunity to decline further consideration in the process prior to documents being released.

At the Feb. 26 town hall at KSU, Wilder said candidates for president may be hesitant to pursue the open position to ensure their current job security should they not be afforded the job.

The email also contained a job description for the vacant position, and the committee is currently accepting recommendations and applications for it.

The description reads in part: “The President furthers the mission of the University and exercises broad responsibility for the academic, student, financial, philanthropic, and all other dimensions of the institution to promote its development, effectiveness, and impact. The President will be a dynamic leader and passionate advocate for the university.”

Some requirements for the position include:

The committee is accepting letters of nomination and applications for candidates. The application consists of a letter of interest, a C.V. and at least five professional references.

The search comes after former president Sam Olens announced his resignation Dec. 14, 2017. His resignation came after many questioned the way the cheerleaders’ protest in October 2017 was handled. Olens held the KSU presidential position for about one year.

Sabrina Kerns contributed to this article.