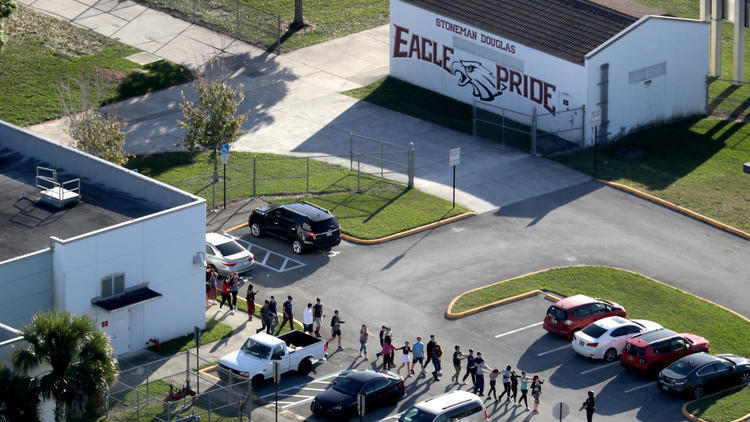 A gunman opened fire at Marjory Stoneman Douglas High School on Feb. 14, killing 17 people — including 14 students and three staff members. The suspect used an AR-15 assault weapon and fled the scene in the midst of students evacuating the school. The suspected gunman is being charged with 14 counts of murder and is being held without bond.

On Monday, Feb. 19, the White House said President Donald Trump is open to supporting a bipartisan effort that will revise the background check process when purchasing a firearm, according to The New York Times.

“They say no laws could have prevented the hundreds of senseless tragedies that have occurred. We call BS,” said Marjory Stoneman student Emma Gonzalez in a speech on Saturday. “That us kids don’t know what we’re talking about, that we’re too young to understand how the government works. We call BS.”

The FBI was notified of the suspect months before the shooting occurred and did not investigate the suspect. The FBI acknowledged the fault but drew criticism from Trump on Twitter over the weekend.

“Very sad that the FBI missed all of the many signals sent out by the Florida school shooter. This is not acceptable,” the tweet read.

Trump and First Lady Melania Trump visited a hospital in Florida on Feb. 16 where victims were being treated.

Students are organizing a “walkout” on April 20 to demonstrate their desire for change to lawmakers. A petition started by Lane Murdock, a student that lives 20 miles from Sandy Hook Elementary School in Connecticut, attracted more than 50,000 signatures Sunday for the protest, according to Reuters.

Florida students are planning a march in Washington D.C. for March 24 labeled a “March for Our Lives” to call for action, according to CNN.

“Every kid in this country now goes to school wondering if this day might be their last. We live in fear,” the March for Our Lives mission statement reads in part. “It doesn’t have to be this way. Change is coming. And it starts now, inspired by and led by the kids who are our hope for the future. Their young voices will be heard.”

The White House is also planning to hold a “listening session” Wednesday with teachers and students, according to Reuters. Students will also be meeting with state lawmakers in Tallahassee, Florida, on Wednesday.

The shooting in Parkland surpassed Columbine as the worst high school mass shooting in U.S. history. According to Snopes, it was the 17th gun discharge on a school campus in 2018 alone — 50 days into the year as of Monday, Feb. 19.